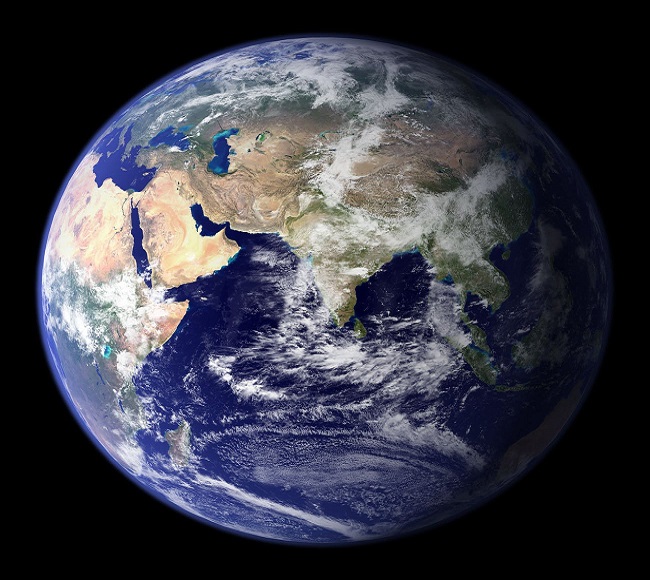 Earth will be hit by a mile-high tsunami size Asteroid . The event was spotted by a team of researchers approaching Earth in the past few days. According to the recent reports Earth have the potential to be hit by an Asteroid.

Researchers and team of astronomers classified it as the biggest threat to several civilization on Earth.

According to The National Aeronautics and Space Administration (NASA), Earth is hit by an asteroid once in every 2,000 years or so. Common research indicate areas hit are sparsely populated ones.

Agency experts also compared it to Chicxulub Asteroid, which was the main cause behind the Dinosaur extinction. Read on to know how Asteroid OK can affect the current civilizations and the potential life on Earth.

The National Aeronautics and Space Administration (NASA), is on a lookout for the asteroids whose potential states its ability of hitting the Earth.

On 5 August, 2019, Asteroid 2019 OK, astronomers tracked it appearing closely to the Earth. Since then, NASA experts premeditated the dimensions of the asteroid around 39 times by now.

First appearance of Asteroid OK appeared on 24 July, 2019. When team of astronomers tracked it down passing our planet. NASA team of experts compared Asteroid OK to the Eiffel Tower. The massive rocky object flew at a speed of 10,400 miles per hour.

On Sunday 18 August, 2019, NASA determined the asteroid flying round the Earth’s surface. Sunday morning, team of astronomers tracked down Asteroid OK flying at a speed of 7.37 km per second.

The asteroid according to the astronomers is around 65,000 kilometers far from the Earth, i.e., one fifth of the distance to the moon.

Before tracking down the asteroid, no astronomers were aware of its route. After being spotted, NASA termed it as a biggest threat to the civilization on Earth. Asteroid OK, two distinct team of astronomers tracked the asteroid. Several images of the massive objects were captured by yet they were unable to recognized the space object.

However, European Space Agency (ESA),was able to discover the presence of Asteroid OK. A day before it was caught approaching Earth.

Team of expert astronomer classified it as the one of the most hazardous asteroids till date. NASA distinguished it as “potential to make threatening close approaches to the Earth”.

Around 66 million years ago, Chicxulub Asteroid hit the Earth and caused a distinction of 75% of life on Earth. Several species including both plants and animals and also the non-avian dinosaurs became distinct due to the gigantic crash. A large Chicxulub crater, appeared on the Earth’s surface, having a diameter of 150 kilometers.

Upshots of the crash were enormous, and according to the team of scientists, it possibly boiled the Earth surface. The crash also led to several wildfires, colossal shock waves, volcanic eruptions and global earthquakes.

Chicxulub Asteroid, was a severe one and the emission of dust particles took possibly a decade.

Team of experts in NASA, classified it as a “City-Killer”. Having the potential of making many civilizations extinct if only it would hit the planet.

On the off chance that it would hit Earth, which NASA says is incredibly far-fetched. At that point it would have worldwide results. An examination discovered that if it somehow happened to hit water, people would not be protected if the last beast space rock impact is anything to pass by.

Specialists in purported planetary defense are dealing with advanced strategies to redirect huge space rocks traveled our direction. Yet, researchers express more should be done to distinguish them so as to make viable move.

Both NASA and ESA agency, from the past few years are effectively mapping out the location of several asteroids that march past the Earth. However, the massive object is reported to travel only in the highly elliptical orbit. Its travel route indicates it taking rounds of the inner orbit of both Venus and Mars.

Agencies also determined the time it spend near our planet. Also, the potential of its detection at that point of time is nearly difficult for the current telescope abilities to detect.

Many experts astrologers provided several predictions for the same. They stated that the chances are highly unlikely for the rocky planet to hit the Earth surface. There are more diverse issues for the planet to forecast like climate changes. These are one of the most disruptive causes behind the extinction of life on Earth.