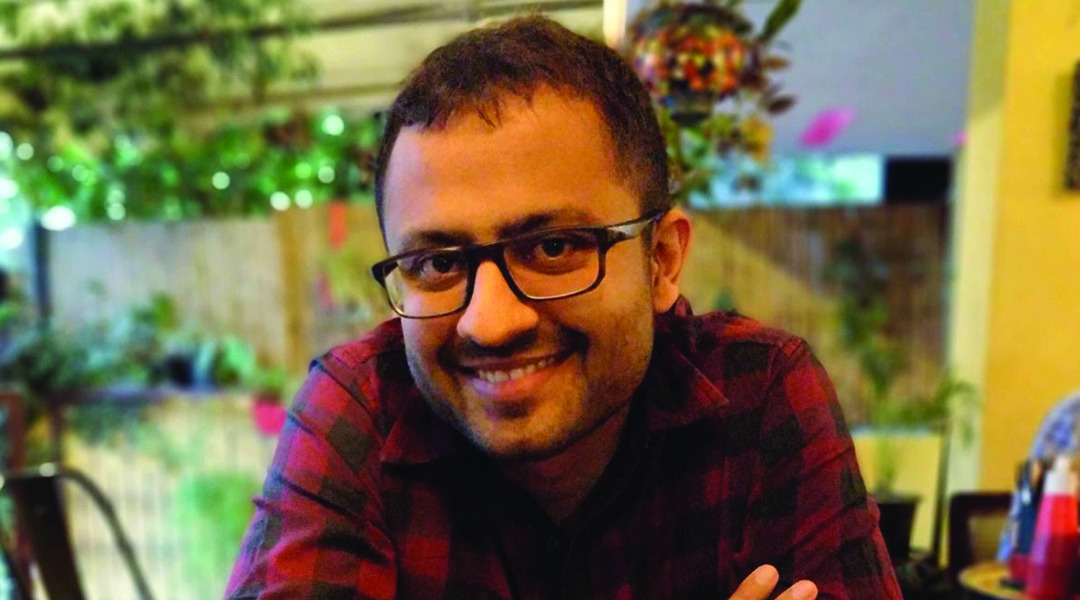 Our future is not fixed. And as much as the phrase is good for our business (PJ alert!!), it is equally inspiring for the one facing problems in life. In fact, it is the hope of a bright future, which often keeps us moving ahead in life, isn’t it?

Well, it is the same hope that has created Astrotalk, a company that has emerged as one of the most successful startups in India within five years of operations. But do you know that a company that strives to make your life-story better has a story too?

Here is the journey of Astrotalk and its founder Puneet Gupta who has a lot of secrets to reveal about Astrotalk, his journey of making the astrology giant, and its future.

An astrology predictions that created Astrotalk

Only a few people know that Astrotalk is the result of astrology prediction. In fact, there was a time when the founder of Astrotalk didn’t even use to believe in astrology. But one true prediction changed his life forever.

In 2015, Puneet was working as an IT engineer in Mumbai when he decided to quit his job to do a startup. But like most of us, he too was very anxious about leaving the job security.

That’s when one of his colleagues noticed his tension and asked him about the problem. On learning about his confusion, she offered to help Puneet with an astrology prediction.

His colleague was, however, very confident about her astrology skills. She told Puneet that she could tell him everything about his past.

Considering her confidence, Puneet agreed to give it a try as he had nothing to lose. The astrologer gave accurate predictions about his past. However, Puneet didn’t believe in it, thinking she might have heard that from someone.

Predicting his future, she told him that he would soon start an IT startup with his friend, but it would shut down in 2 years as his partner would leave him.

She then added that Puneet would start another startup that eventually will become very successful. Puneet didn’t believe any of it, yet resigned to start an IT company.

To his surprise, 2-year later, his partner did leave, leading to the shutting down of a well-established business.

It was then Punnet recalled the prediction of her friend. He arranged her number and gave her a call to tell her how her prediction came true.

The astrologer ex-colleague then suggested Puneet to do something in the spiritual field, adding that such a business will be successful for him.

It was then Puneet started Astrotalk, a company that has grown at lightning speed to become the world’s largest Astrology company today.

It was an astrologer who inspired me to start Astrotalk, and even today, it’s the effort of our talented astrologers because of which Astrotalk is touching new milestones every single day,” says Puneet.

“I started AstroTalk in October 2017 with the motive to connect people with genuine astrologers. Astrology has changed my life, which is what inspires me to propose astrology to others so that they too can see a positive difference in their life,“ says Puneet.

Today, Astrotalk is one of the fastest-growing startups in India. The company currently does a business of Rs 70-Lakh per day and offers over 2,50,000 minutes of daily consultation.

“A lot of people have a misconception about astrology, and it is obvious for them to think whether the predictions they are getting are right or wrong. On my part, I have always tried to do business with full honesty and keep customer experience over everything else,” says Puneet.

“We at Astrotalk conduct a 3-round interview of an astrologer before recruiting him/her on the app. Honesty and trust are the keys to surviving in this business, and the business growth we are seeing today tells us that our customers do trust us, and I am thankful that they do,” Puneet adds.

Astrotalk currently has over 4000+ astrologers and a customer repeat rate better than Swiggy and Zomato. The most interesting thing about the startup is that it is highly youth-centric. 90% of Astrotalk’s revenue comes from customers who are below the age of 35.

“The fact that the modern youth is keeping their trust in astrology is very satisfying. It is what inspires us to innovate so we can solve their problems and even guide them towards a bright future,” says Puneet.

With rapidly increasing demand from the customers, Astrotalk expects to hire 10,000 more astrologers by the end of 2022.

“At last, I would humbly want to thank all our users for showing their trust in Astrotalk. I would also like to thank the astrologers who work tirelessly to give our customers users the best predictions possible. Together, we have a long way to go, and it seems like we have just started,” Puneet concludes.