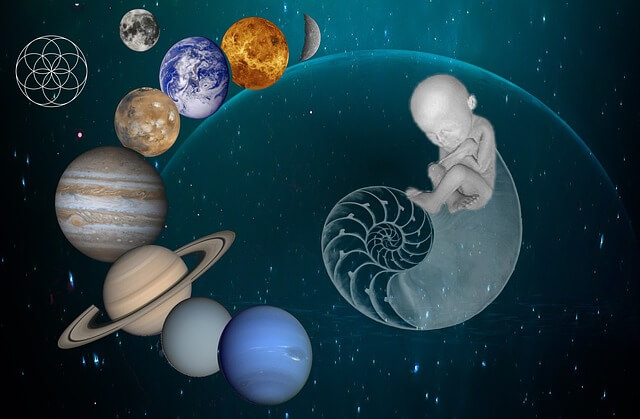 Depends entirely as to how we act, God pleases all. God exhales happiness and sorrow on the basis of planetary positions in the horoscope. A person who is born in auspicious time is bestowed with good fruits. However, in case of an inauspicious birth time, they suffer with bitter fruits.

Furthermore, an auspicious and inauspicious time in the birth chart differs the problems regarding health and spouse in a native’s life.

Birth on Amavasya (a Moon day)

Birth on this date adversely affects the financial condition of the parents. People who are born on Amavasya Tithi have to face financial constraints in life. They have to make a lot of effort to get fame and respect. To reduce this inauspicious effect from life because of then in auspicious time in birth chart, one should donate a shadow vessel of ghee, Rudrabhishek and peace of Sun and Moon can also reduce the inauspicious effects of birth on this date.

Bhadra Yoga is specially taken care of in any Mangal Karya or auspicious work. Because the beginning or end of the festival of Mars in the Bhadra period has been considered inauspicious.

The person born in Bhadra has difficulties and difficulties in their life. The native of this date should perform Surya Sukta, Purusha Sukta, Rudrabhishek to avoid happiness and troubles in life. Worshiping peepal tree and reciting peace also improves their condition.

Even at the time of Sankranti, the birth of a child will be considered inauspicious. In total there are 12 solstices of the Sun in a year. It also has a different effect on people born in different solstices. The child born at this time is not auspicious for them.

The Sun and the lunar eclipse have been called inauspicious times in the scriptures. At this time, the person who is born has to face physical and mental suffering.

They have to face economic problems. There is also the possibility of death for those born in a solar eclipse. To get rid of this dosha one should worship Nakshatra Swami. Worship of Sun, Moon, and Rahu is also beneficial for peace of birth defects in Sun and Moon eclipse.

Parashar sir divides the Krishna Chaturdashi date into six parts and tells different fruits about the person born in that period. According to this, birth in the first part is auspicious, but in the second part, birth is inauspicious for the father, in the third part the mother suffers the consequences of inauspiciousness, on the fourth part there is a crisis on the maternal uncle, Being born in the fifth part is inauspicious for the offspring and being born in the sixth part is harmful for money and self.

In order to reduce the inauspicious effect on the birth of a child in Krishna Chaturdashi, anointing of the parents and the native should be done along with the donation of Brahmin food and shade.

In order to reduce the inauspicious effect on the birth of a child in Krishna Chaturdashi, anointing of the parents and the native should be done along with the donation of Brahmin food and shade.

Birth with the same Nakshatra

According to the rules of Astrology, if the family of father and son, mother and daughter, or two brothers and two sisters are born in the constellation, then both of those whose planets are weak in their horoscope have to face a lot of trouble in life. Parents of a child born in the original constellation are likely to suffer a loss of age and money. To eliminate this dosha, it is auspicious to recite the original peace within 27 days.

Trikal Dosha is a defect when a son is born after 3 daughters in a family or vice versa when a daughter is born after 3 sons, then it is called Trikal Dosha. In this Dosha, both the mother’s side and father side suffer the consequences of obsolescence. To avoid the inauspicious effects of this dosha, parents should take remedies for dosha Shanti.

Connect here with the best Astrologer

Gandanta Yoga has been an inauspicious time for childbirth. At this time, if the child is born, the father should see the face of the infant only after he gets peace. The guilt has been eliminated by donating bulls in Tithi Gand, donating cow in Nakshatra Gand and donating gold in Lagna Gand.

When there is the third and fourth phase of Anuradha Nakshatra on Amavasya Tithi, then it is called the snakehead. Sarpashirsha is considered an inauspicious time. There is no auspicious work in it. The birth defect of the baby is considered complete in the head. Children who are born in it have to suffer the inauspicious effects of this yoga.

In this yoga, Rudrabhishek should be done after the birth of the infant. And, food and donation should be given to the Brahmins, this reduces the effect of dosha.

There is a loss of money within 3 years. On taking birth in this nakshatra, there is a possibility of the death of the person within 1 year. The remedy for this inauspicious position is that whenever the original constellation (Mool nakshatra) falls within the month or year, the original piece should be made. As an exception, the fourth step of the native is auspicious for the person born.

Apart from these faults in Astrology, there are many other yogas and in which birth is considered inauspicious. Some of these are Yamaghanta Yoga, Validriti or Vyaptipata Yoga and Dagdhadi Yoga. If there is a birth in these yogas, then it must be made peaceful.

Yamaghanta seems like an unfavorable time, carrying with its disappointments. One ought to abstain from performing promising exercises.

Fancy reading about Zodiac Signs? Click here to know about the type of Love you are according to your Zodiac Sign.

Click here to connect with the Best Astrologers of India.