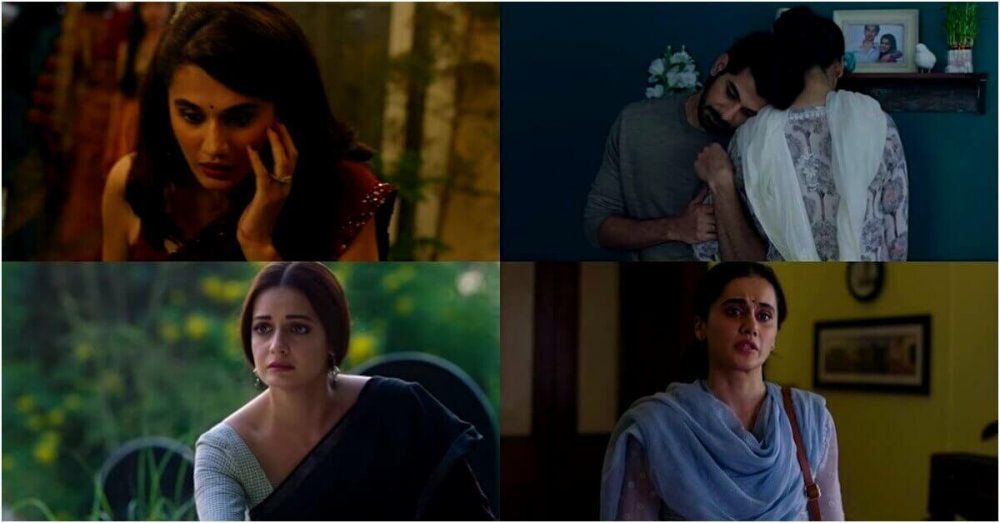 Cinema and Movies are beyond just the boundary of entertainment. It is often the mirror of our society. It reflects and offers a reality check of the society. In addition to films being a strong medium to communicate stories, it derives the origin from its audience only. All the luring celluloid that move on the screens not only just splendidly narrate a tale but also a significant meaning out of each expression. India is a country where the highest number of films are produced and released every year. Amid uncountable and unwanted Rom-com, I can’t stop praising and thanking a few filmmakers who with their utmost guts, dared to showcase the truth of the taboo and embargo of Indian society.

Let’s move ahead and know some of the amazing Indian movies that broke the mold and offered something over and above Bollywood Masala.

Dor, a film showcasing a brave woman Zeenat embarking on a journey to save her husband from capital punishment. How Zeenat travels all the way to rural soil of Rajasthan, gradually becomes a true friend of Meera and eventually, saves her from the suffocating customs of a widow life is what amazes and compels to cry.

Well, to be very honest, just to write about this film I’m composing this entire blog. I am a fan of the part of narratives & entertainment Taapsee Pannu brings us every year. Be it 2019’s Game Over or Badla, none of the concepts fails to add a new flavor. This time, with her upcoming Thappad we are eager to know what the film has to offer us.

Specifically discussing the film, the audience is already cheering for the issue it put fronts. No matter how much your partner loves or respects you, they shall not raise a hand under any circumstances. How a married woman in Indian society recalculates her marriage equation and what eventually satisfies her is what every one of us is waiting find out.

Oh, and BTW, when will Indians learn to not criticize one cinema for another? I hope you know what I mean.

I have one word for this piece of art “magnificent”. You start the film and it never skips a single frame to astonish you. The poetic feel merged with pure expressions can melt the heart of stone. However, almost 8 of 10 people have no idea that this film exist anywhere on earth. Written by Deepa Mehta and Anurag Kashyap, this 2005 gem was directed by one of the most controversial directors Deepa Mehta. It was the final installment of her element trilogy.

The film takes place around the ghat of River Ganga in 1938 when women were left with three options after her husband’s death. Indian society either allows them to marry their husband’s younger brother or burn with their dead husband or atone for their sins in Hindu Ashram. Further, an 8-year-old girl Chuyia happens to reach the Ashram after her husband dies.

The film bravely speaks about all the women-discriminations and acts of violence. Nonetheless, with an R Rated tag, the movie faced tremendous challenges for being released in India.

Education is the base of any country. Therefore, this movie has a large mirror the education system of India needs to see.

Satire is a non-detachable part of literature and narratives. Hindi Medium uses this one emotion in the most excellent ways to express an invisible border created between those fluent in English and those who aren’t. It mocks and laughs over the Urban reality settled in situational comedy. Fulfilling its job in both commercial and artistic markets, Hind Medium hit the spotlight on shrewd social message.

Here, I guess I don’t have to tell much about what issue this movie focuses on. It sets around three young females implicated for a crime against influential boys. Further, a retired lawyer helping them and making them come out of the accusation is a journey worth a watch. The film is bold and is boldly performed.

It unravels the harsh reality of Indian society and the way people portray girls and pass judgments. Besides, their police case when the three girls are accused of their crippled life-track and affairs, they come forward as an audacious voice. However, it also a tight slap on all the comments on friendship among girls. It is a bold statement when a girl says no, the other person holds no right to push her into any act be it their own lover or husband.

Director Nila Madhab Panda is a man of artistic pitches. With recent films like Kadvi Hawa and Halkaa, he speaks his heart out on significant public issues. How noblemen and their families treat people and could treat people is what I am Kalam is about. Besides, it lights on a poverty-stricken child’s utmost will for friendship and education. Charmingly it criticizes solitude, separating classes, political frontiers, and unhealthy ambitions.

Moreover, it conveys emotions and mirrors the sense of discrimination in upper & lower castes in India. But above all, it proves that the heart of children is pure to engender & accept any kind of love. It shows friendship doesn’t follow monetary and caste boundaries.

Herein, the film sets in the rural heartland of India. A dwell of ancient Indian society culture, customs, discrimination, and prejudice. Then arrives an officer with acumen. Further, he launches a storm on Indian caste system. In addition to its splendor & Anubhav Sinha’s direction, the way it is shot and the performances by the entire ensemble cast is commendable. It is a sheer reflection of the boundary that upper caste draws before the lower caste in India. Also, with many slapsticks, the film easily translates an urge of exiting division and the suffocation it causes.

People also call Article 15 an Agenda Film. However, art is not biased. It doesn’t reside in the discriminatory.

If by chance I’ve convinced you to watch or re-watch any of the above films, you may also consider some of the best Indian films mentioned below-

Also, you may like reading about Life After Death|Astrology Behind “Afterlife”

Consult here with the Best Astrologer for your Horoscope Reading.

Remedies to Please 9 Planets To Get Rid of Problems
Views: 25388