Life After Death|Astrology Behind “Afterlife” 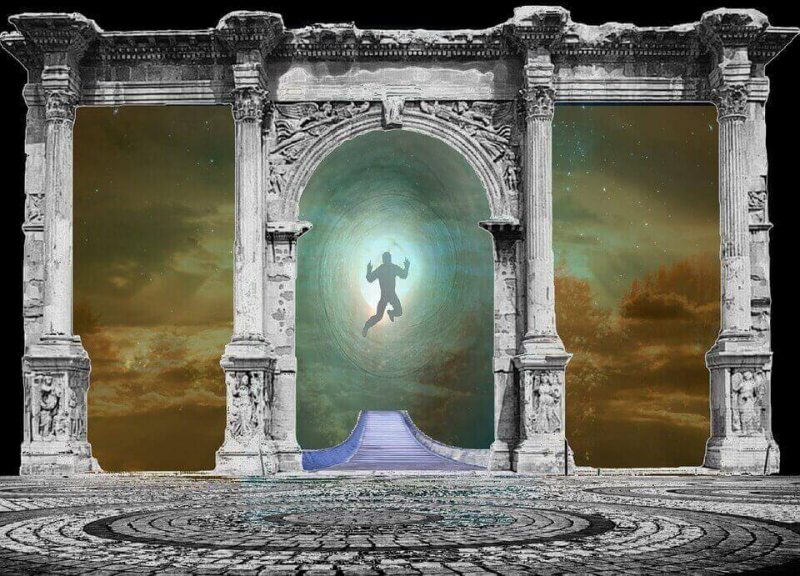 Death is the actual reality that you have to face one day whether you are ready for or not. Every day thousands of people take their last breath and slip to eternity, either into Heaven or Hell depending upon their deeds. In simple terms, Death means when the soul leaves our body or when the account of our Karma gets finished, our body attains peace.

But have you ever thought about what happens to us after we die? What happens to our bodies? Is there another world waiting for us? Is the Afterlife a true concept? All these questions somehow force us to think deeply about life and we are so busy in our lives that we generally ignore such type of thoughts.

The moment you die, your soul temporarily departs from your body to await the Resurrection which is also called as Afterlife or Life After Death.

Afterlife is actually a belief that says an individual’s consciousness continues even after the death of his physical body. It’s only our body that dies but our soul remains forever. Afterlife is a spiritual soul that carries a person’s identity to another world which starts after our death.

Resurrection is basically a concept of coming back to life after death. The word “Resurrection” comes from the Greek word “Anastasis” which means “raising up” or “standing up again.”

The belief of the Resurrection is basically related to Christianity which explains a person who is resurrected is raised up from death and restored to life as the person he was before. According to the Holy Bible, Jesus will restore all those “all those in the memorial tombs” back to life, with a new identity and personality.

God has the power to build or destroy anything, as he is the one who has created all of us. Without his consent, we cannot do anything, even we are not able to move a thing from one place to another without his will. So, when it comes to recurring a person back to life how can we question his creation. He can bring dead to life and life to death within seconds.

When the soul of a person reunites with his body, it gives birth to a new life which we call “Afterlife“. However, the Bible says “the soul is the entire person, not some part that survives death“. Those who practice vile things will receive a resurrection on the day of judgment. However, this judgment is based on what they do after they are resurrected.

According to Hindu Astrology, the cycle of death and rebirth is called Samsara. It means when a person dies, his/her Aatma is reborn in a different body. However, many people believe that rebirth happens directly after death, some believe that Aatma enters Swarg or Narg before the actual period of the Afterlife begins.

Our new life depends on the “Karma” of our past life events which gives a brief of the positive or negative actions that determine Aatma’s rebirth. It also explains that a human may reborn in animal form or any other organism depending upon his deeds or actions of past life.

According to the Hindu scriptures, after death, our life eventually attains Moksha which means release from the cycle of rebirth. However, in general terms, it simply means “Mukti” which means to get free giving up all Dharmas in the right sense.

According to Hindu mythology, the concept of Punar Janam and Punar Mrityu are inevitable and more associated with Immorality (amrita). It means to live forever and there is no logic behind death, it’s just a myth. Moreover, many Hindus also believe that Death happens only to the body, not to the eternal soul. Our eternal soul goes into the sky where it attains a new life.

Our soul is governed by the chief vital air (Mukhya Prana) in which Prana is the life force that represents the movement and center of our body. When the soul passes from one body to another, “Prana” develops certain seeds that visualize the new body. Prana is propulsive by nature and is the driving force for all the other Vayus that take place at the time of rebirth.

The idea of rebirth came from Upanishads that is clearly expressed in Puranas. However, the Vedic hermits spoke of the karma theory that promotes immortality. When the self of an individual (Atma, jiva-Atma) reunites with the cosmic self (brahman, param-Atma), it gives rise to a new soul. It marks the beginning of a new life, Life After Death.

According to Bhagvat Gita, when a person the soul of a person never dies. It is only the body that comes to an end after a specific period of time. We, humans, are not permanent in this universe and all of us have to leave this material world one day. However, there is a Shloka in Bhagvat Gita that validates the immorality of the soul.

It translates as “no weapon can cut the soul into pieces, nor anyone can burn it with fire, it cant be moist with water nor withered by the wind“.

Also, you may like to read about: Watch out! Are you Cutting Your Hair and Nails on Right Day?