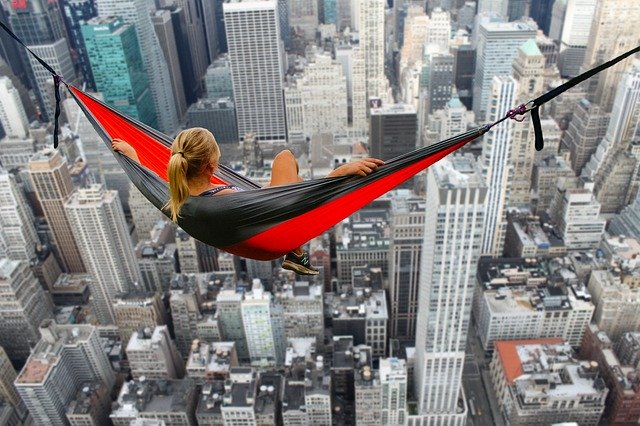 Bravery is not everyone’s cup of tea. It may be highlighted and more pronounced in movies, books and arts. But when it comes to real life, not everyone’s going to be brave and courageous. And that is absolutely normal and fine. Let’s face the truth and accept those facts. That is essential before we go on to read further. Not doing which, it will always lead to anger, sadness and/ or hatred.

Some of us feel brave and courageous always. Few, now and then. Some of us, just don’t. AT ALL. But, that is not bad. It is just hard-wired. But, it can always be overcome, with repetitive practice. Hard but not impossible. It is due to the Zodiac Signs of the concerned individual. So, let’s list them down!

Aries is the first sign in the Zodiac Signs. Consequently, they were born to lead. They have the courage to go where no one has went before. Aries-borns have it as their principle to do what they fear. Just for the thrill and to ease the control of fear over them. Adventure is innately present in them. Their competitive nature makes them… Obviously, competitive. Competitive enough to take on whatever happens and take them to the very top. They love to come out of comfort zone and they do it regularly. Like previously said, they perceive everything as an opportunity. Even what others perceive as a threat or risk. That excites them beyond anything. The more riskier something is, the more exciting they perceive it.

The thing with Leos is that they know that if you don’t overcome your fear, you’ll never achieve your goal. They follow their goals, no matter how fearful it may seem. Leos will do anything to follow their dreams and ambition. So much that if you get in their way, you are in for a ride. They are not someone you want to be enemies with. Their confidence is just out of the world. They believe they can do whatever they set their mind to. Every single task is an opportunity to prove themselves and others, what they are capable of. You don’t want to tell them they can’t do something. Because if you do so, they are going to prove you wrong. Leos generally have a critic mindset within them, which they try to overcome regularly. Their attitude is just very positive and optimistic. It is very contagious too.

You know what Scorpions stand for – fearlessness. So are Scorpios. They are one of the most intelligent Zodiac Signs. Unlike the above two signs, they know the risks that are involved and the fruits of it. They can weigh the pros to the cons. And they take calculated risks. Their goals will be set too high for everyone, even themselves. This is because they want to out-do themselves. They are people who won’t waste a single minute of their lifes. Scorpios know themselves to such an extent that they can know where their fears originate from. Then they will overcome them.

Most of us can be brave, on a general level. But that goes out of the window when it comes to our loved ones. This is something that is not applicable to Scorpios. Scorpios will confront their own loved ones, if they feel their actions are wrong and immoral. That is an indicator of true bravery and courage, right there. But that doesn’t mean they are not loyal. They are very loyal people. If they think that they were not brave enough in some situation, they will regret it and feel very guilty. Scorpios will be one step ahead always.

Their major strength is their positivity. They always want to be happy. And they love being happy. So even when fear arises, they ignore it because it will ruin their happiness. Even when something goes wrong and not to plan, they check for the positives. They also know that the experience matters. Dhanushas also take risks knowing that they don’t take loses to their hearts. They consider the failures to give themselves some good advice. Their fearlessness can be attributed to their positivity. They know that without risks, you will get nothing. “No risk, no reward”. They would rather die than to not do what they think to be their goal.

Similar to Scorpios, Aquarians will stand up for what they feel is wrong. They will stand up and fight against it, no matter how bad the challenge may be. Aquarians just have this very relaxed response toward dangers, as if the dangers don’t exist at all. They also know that procrastinating is not healthy. Their inner voice tells them thinking about the past will do no good. To anyone. It will only drown the happiness in their life. They are so independent that they don’t fear to stand up or stand out from the crowd. Aquarians believe that they ought to follow Dharma (which everyone has to). They know that, that is the only higher truth of life. Aquarians follow their dreams, how weird they may seem. They will always try to eliminate their fears, because they know fears will cripple them from doing what they want.

Now, this is were the transition takes place from braver to not so braver signs.

The other signs just don’t have the feeling of fear itself, generally. But Libras know what fear is, and stand head-on towards it. They just don’t shy way from it. They know that they have fears and try to eliminate them. Libras solve problems, not by violence, but by being patient about it. They don’t like confrontations and hate arguments. But, their worst downside is that they are drama queens. When mess up something, they will do everything to cover up their mistakes.

Geminis just don’t care what others think of them. That’s one way they stay fearless and confident. They know the opinions of others cannot help them find true happiness. They don’t rush into anything in a haste or a hurry. Especially, if that is something that involves danger. Geminis try to attract others’ attraction and they try hard. That can lead to undesirable happenings, most often. If they are caught doing something wrong, they will immediately try flip the situation and make you vulnerable. They are cunning in that, they may even change their own decision that they started with.

They love to stay peaceful always. Taurus-borns have the tendency to live life to it’s full. They enjoy every moment and cherish them. As a result, they avoid stressful and terrifying situations, as much as possible. They don’t forgive others easily. Due to which, they know that others too will not forgive easily. So, they have this innate tendency to not ask for it, either. Taurus’ are often nihilists. They think there is no purpose or end goal to life. They overthink every single thing until they blow it up and feel no happiness. Taurus-borns just don’t get the fact that if you keep a needle close to your eye, it will be the only thing that you’ll see. You just have to keep a little further away from your eyes.

For them, being cautious, and sometimes superstitious, is the most important thing. They think if you keep on doing something “against destiny”, you will end up paying the price. This is something we know is not really true. So they always stay in their comfort zones. And they never come of it. They are very cunning. They will forget what you did to them. No matter how small or how far back in time. Cancers have the tendency to never own their mistakes and take responsibility for them.

They are very scared of risks that they deem them unnecessary. They think they can achieve their goals in more reliable ways. Virgos tend to have this OCD kind of mentality. So they hate anything that is not organized and in disorder. They don’t like the smallest chaos in their life and feel miserable for it. They are the exact opposites of Aquarians with respect to their feelings about the past. Virgo-borns never move forward from what had happened. You can’t really blame them, for it is their nature to be negative most often. They always want to be the smartest in the room, so they don’t even go out where they feel they will not be so. Due to the negative thoughts, their relationships as well as their self-esteem take a huge toll.

They are most talented in escaping from problems. They do not like confrontations. This tactic makes Pisceans a little less to fall in the category of brave. But they show off like they don’t care. Deep inside, they fear being laughed at. Just like Cancers, they don’t tend to take responsibility for their mistakes. Instead, they blame it on their misfortunes. When they feel negativity, which is almost always, they avoid communication with everyone and stay away from everyone. It is pretty safe to say that overcoming their fears is not their strong suit.

Capricorn is not really a brave zodiac. They have this innate fear of failure. As a result, they have an urge to be liked and loved by others. They will a tendency to lie and tell what others want to hear so that they can be loved. When confronted aggressively, they will give you what you want, although it may be against their desires. They are hesitant to voice out their opinions and therefore, do not see what they want in life.

Also read- Never carry these things in your pocket

Comparison of Significance of the Seventh and Eighth Houses
Views: 1520

Third and Sixth Houses in Astrology- Similarity and Differences
Views: 902

Significance and Comparison of The First and Second Houses in Astrology
Views: 730

Best to Worst Speakers According to Zodiac Signs
Views: 5335 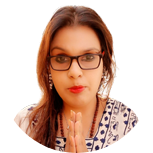 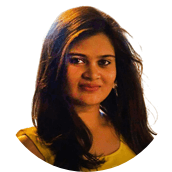 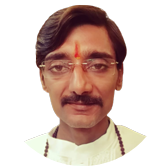