Never carry these things in your pocket 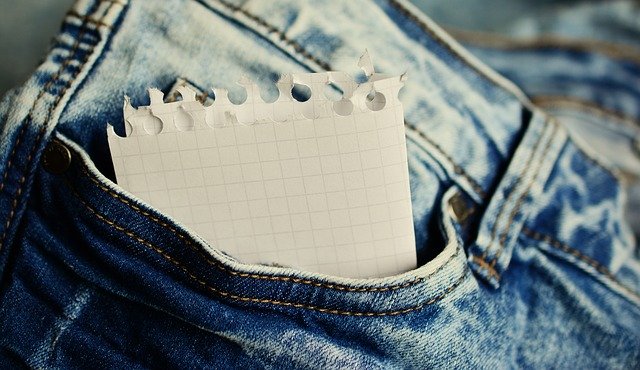 The pockets are our little storehouse. However, it depends on the things it contains whether it is a storehouse of negative energy or the positive. Yes! Most of us have the habit of keeping or storing every other thing in our pocket. But, as per Vastu, there are only a few things which one should keep in his or her pocket as they are considered a harbinger of wealth. However, Vastu also recommends not to place these things in one pocket as they lead to the development of negative vibes and hence may spread negativity in surroundings, affecting your life and career.

What should you not keep in your pockets?

One should never keep a torn wallet in his or her pocket. It attracts negative energy and is. considered inauspicious. Also, the worn-out wallet makes one lose money easily.

Medicines should not be kept in one’s pocket. It promotes poor health and suffering in an individual. One should keep them in a separate place away from the pocket.

Keeping sharp weapons in one’s purse or wallet is also not considered good as it brings negative energies. Hence, it is recommendable not go keep weapons like scissors, knife or nail cutter.

Some people have a habit of scribbling down their whole day work and keep it in their pockets. However, one should not keep unnecessary scribbled notes in his or her pockets. One can store it in some separate place but not in the pocket.

Like scribbled notes, one should also not keep uneven notes in his or her pocket. Though all of us keel currency in our pockets but it is advisable not to keep curled up notes in your pocket. Carry them separately, if needed.

One should also not keep the torn notes, old or discarded coins in his wallet. Keeping such things will attract negative energies. Also, one should not keep the picture of his ancestors in the wallet

Unless and Until advised by an astrologer, one should also not place religious threads in his or her pocket as doing so may attract the negative Vastu towards a person.

What should you keep in your pocket?

A beautiful picture of Goddes Lakshmi in which she is sitting along with her two elephants is supposed to bring health and prosperity when one carries it in his or her pocket.

Carrying the leaf of the auspicious Peepal tree is considered good. It will attract the blessings of this tree on you this making you fish and prosperous.

Carrying a silver coin in your pockets let is also recommendable. This could make one prosperous and attract good health in one’s family.

One should keep lotus roots in the pockets. Keeping the total of such a holy flower brings positive vibes and prosperity.

Keeping the seashells in your pocket promotes the good health of you and your family.  Also, these shells contain all the vibrations of this universe.

One should keep a few grains of rice in the pockets. It brings abundance in family and ensures that you never fall short of food.

As per Vastu, keeping a small Shree Yantra is considered to be very good. It is believed to promote good health, happiness, and prosperity for you as well as your family.

Also, you may like to read Saturn Dhaiya Puja: Significance and benefits