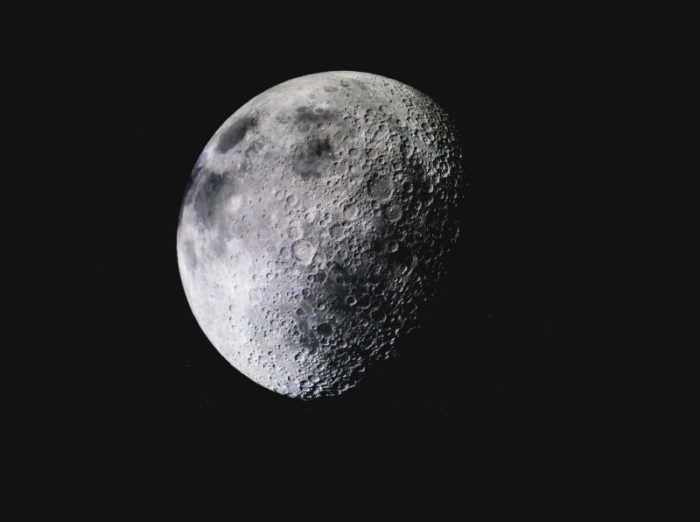 Chandrayaan 2, launched on 22nd July 2019. Soon after orbiting the moon, Chandrayaan 2 Vikram Lander missed its moon’s landing just by 2 kilometers as per the reports.

However, the recent thermal images by the orbiter suggest that Vikram lander has successfully established it’s landing on the moon. Besides, there is no communication with the Vikram Lander yet.

Chances are that the Vikram lander may have had a crash landing on the lunar surface or landed in a tilted or damaged position.

In the wee hours of Friday, September 6, 2019, ISRO lost contact with Vikram Lander. Hours before the communication demolished with Vikram Lander, India announced its screening of 25 pilots of the test batch for Chandrayaan mission.

According to the latest news, Russia will subsequently be training 3 selected pilots in the later half of this year. The purpose behind this would be training those pilots for first manned space mission by December 2021.

After Chandrayaan 1, launched on 22nd October 2008, was first Indian lunar orbiter mission. The mission aimed to analyze various components which the lunar surface is made of. Chandrayaan 1 became a major success, making India the fifth nation to have a spacecraft on the lunar space.

Indian scientists were able to successfully map out the composition of the lunar surface minerals. Thus, to get a detailed and in-depth analysis of Lunar surface composition.

ISRO is all set for the launch of its next mission, Aditya L1 by 2020. The mission is the first Indian scientific mission to deeply study the outer sun’s layer.

Aditya L1 will be a 1500 kg satellite will thereby launch in an 800 km lower Earth’s orbit. Therefore, the main aim of the mission is to study the dynamical nature of Sun’s solar corona.

In 2008, the satellite’s model was conceptualized by the Advisory Committee for Space Research. Likewise, as per the reports, it will orbit at a distance of 1.5 million km away from Earth.

The satellite launch is scheduled to launch during the mid-2020 from Sriharikota. Furthermore, the purpose of the mission will be to study the solar corona. Hence, the corona is Sun’s outer layer, which spans millions of kilometers, and is visible during the phase of the solar eclipse.

The outer layer is hence having a massive hotter temperature than that of the surface layer of the Sun.

The satellite, Aditya L1 will carry 7 scientific payloads. Moreover, it will possess a weight of 1,500 kgs. The purpose behind this space program is to get detailed analysis of Sun’s outer layer Corona, photosphere, and chromosphere. Moreover, it will be placed in the Sun’s halo orbit nearby the Lagrangian point 1.

Aditya L1 will have the following scientific payloads-

The scientific payload will analyze the Sun between a wavelength range of 200-400 nm. Thereby, by the usage of the 11 distinct filters, the instrument will be able to provide images of the composition of different layers of Sun’s atmosphere.

SoLEXS is a high spectral resolution, will aim to screen X-ray flares of coronal heating of the solar corona. Moreover, this payload will provide information about the heating mechanism of DC and thus also the physical characteristics of solar flares. Furthermore, it would also be able to provide the accuracy of the temperature of the solar corona.

This explicit payload is an advanced telescope which is occult to provide solar imaging. With the aim to screen the solar corona.

This scientific payload will have an in-depth analysis of the solar winds. Besides, the instrument will equip an explicit ability to map out multi-directional measurements of different types of solar winds.

HEL1OS, which is a high-energy spectrometer of the scientific payload to study solar flares. This instrument will have two different detectors, i.e., CZT and CdTe.  Likewise, the two detectors will enable the scientists to study the sun’s flare in X-ray.

The magnetometer will measure magnetism and dynamic nature of Interplanetary Magnetic Field.

After achieving 95% success rates in Chandrayaan 2, India will launch Chandrayaan 3 to Moon’s south pole by 2024.

Moreover, ISRO will also launch it’s Shukrayaan 1. The mission aims to orbit around Venus by 2023.

According to our Astrologer, Dr. Armaan Sharma, a Vedic Astrologer, and Vasthu Expert, Aditya – L1, the first-ever spacecraft to study the mysteries of the sun to launch into space by India in mid – 2020.

Sun is the most mysterious and yet most important part of our solar system, and its study is essential to human life. However, studying it requires a miracle of science. Will Aditya – L1 make it? Here’s what the stars say.

Mid-2020 will see Saturn in a retrograde position, along with Jupiter and Venus which would also be retrograde. Presence of three major planets in this position indicates that mission may end up running in difficulties and may get delayed altogether.

The ruling planets are a bit harsh and may pose a danger of compromise in mission if it is gone ahead with. However, if July passes and the mission is proceeded with, the chances of success would increase dramatically.

This mission is a matter of incredible pride for India and it would be a great moment for the whole nation to see the succeeding glory of it. May the planetary energies bless this mission.