Will Chandrayaan 2 be successful? 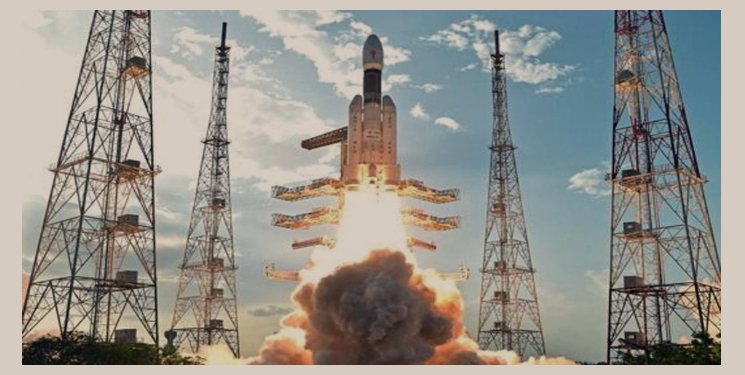 Back in August 2003, when the Former Prime Minister, Atal Bihari Vajpayee first announced the Chandrayaan project in his Independence Day speech. Announcing such a mission gave India a boost to its space program.

The discussion about the Space program took place in Indian Academy of Sciences in 1999. This program was executed by the Indian Research Space Organization. National Lunar Mission Task Force concluded that ISRO have skills and expertise to take things forward.

In 2003, over 100 different departments of Indian scientists within the field of Earth Sciences, chemistry, astronomy, physics, space sciences and planetary came and mutually agreed for the space program.

After discussions, six months later the Indian government agreed over the same.

Aim for launching the Chandrayaan program was to create, configure and dispatch an India-made-launch-machine, around the moon.

Another purpose of launching this program involves conducting scientific experiments by the spacecraft to derive images and three-dimensional atlas of the near and far sides of the moon.

Instruments used in the Spacecraft-

Second instrument involved Hyper Spectral Imager, which aimed at extracting mineralogical mapping by spectral resolution and a spatial resolution of the moon.

Lunar Lasor Ranging Instrument, which aimed at depicting the moon’s surface topography by transporting pulses to the targeted region of the lunar surface and detecting the region reflected by the pulses.

Last and not the least is the Moon Impact Probe, which gave the scientists a video imaging system of the moon’s lunar surface.

Instruments from other countries involved X-ray fluorescence spectrometer, for mapping the measurement of the amount of titanium, calcium, silicon, and aluminum.

The remaining two instruments included Mini-SAR, which aim at defining the water content. Radon 7 defined the moon’s polar regions and extracted images of the environment around the moon.

Launched on 22nd October 2008 (00.52 UTC) from Satish Dhawan Space Centre, Chandrayaan 1 was sent to moon. The spacecraft was monitored by (ISTRAC) at Peenya in Bangalore..

Chandrayaan 1 accomplished its first lunar orbit turn on 8 November 2008 (11:21 UTC). Indian spacecraft revolved around the lunar space for around 11 hours becoming the fifth nation to have a spacecraft in the lunar space.

Considering certain parameters, Chandrayaan 1 was successful. Since after this space-mission, Indian scientists were able to extract the mineral mapping by using Moon’s mineralogy Mapper.

Using multiple payloads, the instruments were able to track down mapping landing sites on Apollo Moon Missions. By this time duration, the spacecraft was able to capture around 70,000 images of the moon’s surface.

C1XS X-ray camera detected the x-ray sign of magnesium, aluminum and silicon. The camera enabled scientists to track the presence of these elements on the lunar surface.

Duration the mission duration,the spacecraft was also able to capture images showcasing continents like Asia, Australia and parts of Africa.

Chandrayaan 1 also enabled scientists to study about the interaction between moon and the solar winds. Various lunar caves found within this time duration.

According to Scientists, 95% of their key objectives were accomplished after the mission.

Chandrayaan 2 will be Indian’s second lunar exploration program after the fruitful success of Chandrayaan 1. Indian Space Research Organization is taking another initiative to launch to the Moon by a Geosynchronous Satellite Launch Vehicle Mark III.

This time by more advanced instruments, the Indian Organization intends to land a rover near the north pole. Thus planning to a much smoother landing between the two craters, i.e., Simpelius N and Manzinus C, 70 degrees north.

Apprehensively, this time the two senior-most women scientists will take charge of the mission. Ritu Karidhal and Muthayya Vanitha plan to execute the ISRO mission this time. Chandrayaan 2 will launch by July 22, 2019.

Apprehensively, this time the two senior-most women scientists will take charge of the mission. Ritu Karidhal and Muthayya Vanitha plan to execute the ISRO mission this time.

Many people still wonder whether Chandrayaan 2 will be successful or not. According to our Astrologer Acharya Mridul Mishra, who is an expert Vedic Astrologer, all the planets will be in the favorable condition.

When Chandrayaan 2 launch will take place, Moon, Sun and Saturn will appearance at the time of launch,i.e., 2:51 am.

Appearance of these planets at date and time of launch may bring positive outcomes to the Indian community. However, on the flip side due to unpredictable movement of celestial bodies, there are also chances that the much awaited mission might fail this time.

According to our astrologer Dr. Armaan Sharma, a Vedic Astrologer and Vasthu Expert, Chandrayaan 2 which is one of most magnificent space missions India has ever embarked upon.

The finest brains of the world stationed in ISRO have worked day and night for the success of this mission. The current situation has brought some bad news as communication with the equipment went completely off leading to the nation’s disappointment and most of all that of the ISRO scientists involved.

Chandrayaan – 2 was launched on 22nd of July, 2019, at 14.43 hours from Nellore, Sriharikota, Andhra Pradesh when a highly auspicious Uttar – Bhadrapada Nakshatra was active.

The controlling authority  of space research Rahu placed in the 8th house of deep research and secrets, again a positive placement. This also indicates that the team involved had been extremely vigilant and the scope of any mistakes was close to none.

The house of ambitions and gains in both lagna (Scorpio ascendant) and navmansa (Libra ascendant) chart is strong. Hence, success of the launch was destined.

The problems that arrived during the last moments when mission was about to succeed. Result of the Jupiter being present as a positive influence in Lagna chart but in a retrograde position.

This alone has the capacity to defeat the entire exercise. Also, Rahu is a planet of unpredictability and has a tendency to give last moment disappointments. It’s transit in the eighth house in Jupiter’s Nakshatra. Will again is the most probable cause for this last minute hiccup that caused the entire nation to gasp.

The situation further looks dim. However, the effort is a historic one.