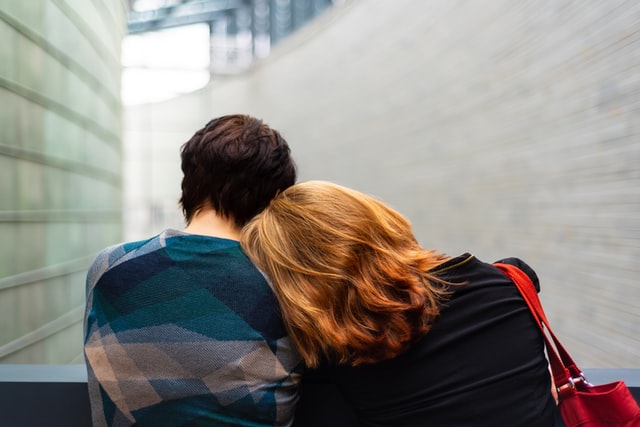 Some people just want their other half to be by their side 24/7. Also, they want their attention all to themselves. But sometimes this constant need of being together all the time turns into obsession, which is absolutely not a good thing. On the other hand, some people know how important it is to give your partner and yourself some me-time. So, down are the zodiac signs ranked from clingy to independent.

The people with this zodiac sign are at the top when it comes to rank from clingy to independent. Cancerians want their other half to be with them all the time. And when they are both together a lot of affectionate touching can be seen. But when apart, tons of messages, calls, etc are the only option left for them to be in touch with their partners when far away.

When they don’t get a callback or reply, they lose their mind and question themselves if they are going to get hurt by their partners? So Cancerians can become annoyingly clingy even without themselves noticing it.

Libras are actually needy or clingy ones. They don’t like being alone and can even attend a boring party just to not feel bored and left alone at home. They try to hide this needy nature with their charm but come on, people ain’t no fool.

Even if they have to wait for weeks just to watch an unfinished web series with their partner, they will wait. They can be clingy but are really good to have around.

Pisces can go to extreme levels of neediness when they fall in love. They want someone to reassure them constantly that they are very deserving. They need someone to adore them, someone to love them all the time, to have someone for deep conversations.

When they feel that love is not like it was before or their partner is losing interest in them, they will do everything in their power to make sure it doesn’t end.

People with this zodiac sign are calm and composed and don’t like to actually show their emotions and feelings to the world. Taurus likes to keep these things to themselves. that doesn’t mean they are independent.

Though can is hard to so see the fire of neediness burning inside them, they need someone to take care of and to make them feel loved. This nature of hiding emotions of a Taurus is because they find it hard to trust people in the first meet itself. Moreover, they can be very possessive of people

Scorpions aren’t always needy but when they feel that their partner is not investing any time in them, they just become obsessed which makes them extremely clingy. They just want their love to be returned. They are like the one who, if focuses on something, definitely gets it. So when they don’t get the love they showed back from their partner they lose their senses and will do anything, which can sometimes come out as creepy.

Geminis are not stable because of their dual nature. They don’t want to be in a relationship, but on the other hand, they want someone to adore them. They just want everything to be on the right path, always. Geminis need constant assurance. They are independent but they need someone’s shoulder to lean one and can be clingy too. Moreover, they crave for communicating with people and be their light. Geminis are a mixture of needy and independent.

Leo is the king of all the zodiac signs. They get things done easily on their own, but only when there are people to admire and praise the. Leos are leaders and like to boss people. They may look like that they are independent and are capable of doing things on their own but actually they are totally dependent on others for praise and affection.

It is hard for this zodiac sign to easily make a commitment to someone. Capricorns are not independent, they just want people who they can trust. They will take a long time to really get sure about the relationship. Moreover, it is hard for Capricorns to trust people and want to know if they hurt or cheat on them. They will take it very slowly to figure out if they can trust the person and get committed to them.

Aquarians are independent, self- reliant, and autonomous. They like to do things on their own and without any company. They like traveling, hiking, etc all alone. Aquarians, don’t show their emotions to others as they don’t want to burden them. They are happy being on their own.

Aries doesn’t like to be tied down to one person. Where they will feel like they are being respected for their independent nature, they will go there. So Aries don’t really need someone to get their things done. They are too independent and too busy to be needy.

Sagittarians are so independent and really don’t need anyone or anything in their life. They like to things on their own. But it is important for them to know how good it feels like to get things done with someone’s help and to share feelings and emotions with someone.

So, this was the list of zodiac signs ranked from clingy to independent. I hope you make a nice choice before committing to the person you want to. Just kidding, even if you choose any of the clingy ones, you can help them overcome their negatives. Just love and respect your partner that more than anyone actually needs in a relationship.

YOU MAY ALSO READ: Which Indian Dessert You Are Based On Your Zodiac Sign

5 Most Dramatic Zodiac Signs of All
Views: 3974

The Best Yoga Pose For Each Zodiac Sign
Views: 3143

Practice these 3 Habits Daily To Manifest Anything You Want
Views: 1975