Conjunction of the Sun and Moon in Different Houses 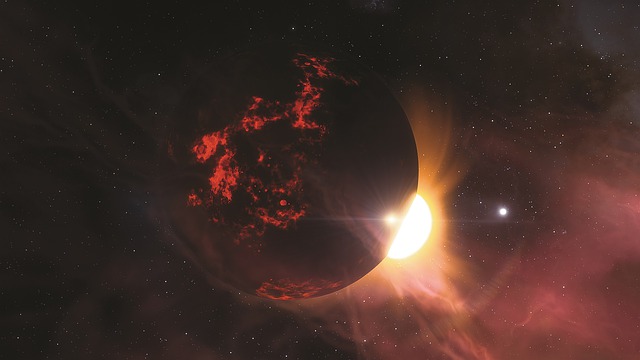 According to Vedic Astrology, the Sun represents the father, authority, aggression, and soul of a person. The moon represents the mother, emotions, moods, creativity, and the sentimental parts of a human. The sun represents fire and the moon represents water. When fire and water are placed together, they create steam. So when there is a conjunction of the sun and moon, it makes a person strong and determined. Whenever both the planets are present in the same sign, then the native may be born in ’Amavasya’ (No Moon) or ‘Shukla paksha Pratipada’.

It is a conjunction that can either be the cause of light or the cause of blindness in one’s life. It is a very sensitive combination and can lead to unreliable impacts. Let’s see what impact the combination of the sun and moon have on your birth chart!

Combination of Sun and Moon in the First House

The native of this combination in the first house tends to have an attractive personality with a natural charm on their face. They are adored by the people around them. They are good with aptitude, so they generally prefer professions such as Engineering. These people turn out to be very skillful in their professional lives. They are successful.

Personally, the natives can be fickle-minded and selfish. They are impatient in nature. They have to deal with dark thoughts and they can ascend from their relationship with parents. Sun is dad and the moon is mom.

Combination of Sun and Moon in the Second House

When the sun and moon conjunct in the second house, it may lead to the natives having problems with dealing with money. Both the sun and moon have strong authorities. The sun is the king and the moon is the queen. So usually the natives desire fame through being in an authoritative position like being a CEO, CFO, or a government official.

The natives can maintain great relationships with their family generally unless Mars or Saturn is impacting this position. Otherwise, there will be disputes with the parents regarding family wealth. They have a strong sexual drive. They are very good at dealing with other people’s assets and wealth.

Combination of Sun and Moon in the Third House

The third house in astrology represents courage, siblings, communication, sports, social media, and skills of hand. We can’t survive without the third house and it is very important. When the sun and moon are sitting in the third house, the mind and soul are strongly connected with the 3rd house. The natives may have a great love for writing, literature, expressing themselves creatively, and communicating with the world.

They feel power and fire in them to achieve things if they have a waxing moon. If they have a weaning moon along with the impact of Saturn, they might be lethargic and find it hard to do things. Weaning moon runs away from conflict/ With the waxing moon, the native will have more courage and take a stand during a fight. Usually, they are very selfish.

Combination of Sun and Moon in the Fourth House

One amusing thing that can be noticed is that generally, the native may be raised by a single parent. If there is any malefic impact on Sun and Moon in this house, a person can have psychological issues.

Whenever they buy a property, they get a pretty powerful home. They way they decorate things gives an impression of a very powerful person. They believe that their home is a reflection of their life.

Combination of Sun and Moon in the Fifth House

The fifth house is the house of children, speculation, education, and intelligence. It shows the kinds of deeds one did in the past. Moon represents our past life and the Sun represents our soul. A person’s soul longs for children when the sun and moon are together in the fifth house. The elder sibling may face a lot of problems due to the combination of the sun and moon. The natives are highly intuitive.

Professionally, the natives are inclined towards subjects like environment, political sciences, and medicine. They always try to gain things from others. They are always concerned about the elder sibling and their actions. The main focus of their lives is their children.

Combination of Sun and Moon in the Sixth House

The conjunction of the sun and the moon in the sixth house causes a person to have a disturbed mind. The sixth house represents obstacles, enemies, health diseases, and deaths. It is not the most pleasant house to deal with. The natives of this house constantly keep worrying about things that might or might not happen. These people love working for social welfare like NGO’s. They love doing administrative work, as it helps them reduce their stress and anxiety. They are interested in learning about health and nutrition.

If Mars isn’t the third house in this conjunction, then a person will usually have a healthy life. They have a stressful relationship with their mother.

Combination of Sun and Moon in the Seventh House

The natives of this conjunction in the seventh house have to deal with many lows and highs in their marriage. If the moon is waning, then a person is generally very selfish in marriage. A waning moon seeks for emotional nourishment. A waxing moon is better at solving conflicts in marriage.

In businesses, the natives of this conjunction are better off working alone rather than working in a partnership. They come across a lot of disagreements in business.

Combination of Sun and Moon in the Eighth House

The eighth house represents longevity, insurance, inheritance, wealth will, hidden wealth, mysticism, and hidden knowledge. This position in the eighth house causes a person to become extremely sneaky about their finances and money – they can get involved in black money.

If the moon is not in a friendly sign in this position, a person can get frustrated sexually. If the sun is very strong, it can cause hemorrhoids in a person constantly. This particular conjunction in this house can also cause a phobia related to the depth of water. So, the natives of this positioning don’t like going into darker places like basements.

Combination of Sun and Moon in the Ninth House

The ninth house is the house of father, religion, spirituality. This conjunction in the ninth house can cause a person to always follow ‘dharma’ i.e. following a righteous path. If the moon is dark, a person may become extremely curious.

Natives of this positioning become greatly involved with religious activities. They always want to serve and help their father. They tend to eventually move to foreign and distant lands. If the moon is waning, the person becomes very strategic. Here, generally, the father overpowers the mother in making decisions.

Combination of Sun and Moon in the Tenth House

The sun naturally gets its directional strength in this house. So, a person knows what they want to become in life since their childhood. The tenth house represents authorities, government, and obligation to society. Most of the time the natives of this position want to serve people. So, they desire to get into politics and government. This person is all about service.

This person might have very disturbed sleep and they aren’t very good at dealing with their expenses. They might have troubles in balancing their home lives and working for society,

Combination of Sun and Moon in the Eleventh House

The eleventh house is known as the ‘Labha’ house i.e. house of fulfillment of desires, hopes, and wishes. With the moon and the sun in the eleventh house, a person always desires children. They are always able to attain wealth no matter how bad the situation is for them.

These people don’t find a common ground with their children, especially with their first child. They might end up having completely different and opposite life principles than their children. They want perfect health for themselves and struggle for it till their mid-life. They generally have an excellent spouse.

Combination of Sun and Moon in the Twelfth House

The twelfth house represents solitude and the astral world. Due to this positioning, the native’s manifestation always comes with a price. They are very intelligent. On the lower side, they tend to have many addictions such as drinking, smoking, etc. These people spend their money lavishly and crave for freedom in love.

Ideal Rakhi Gift For Your Sister During Pandemic
Views: 1305

Benefits of Reiki Healing for each Zodiac Sign
Views: 3141

The best hobbies for you – Discover through their zodiac sign
Views: 4025