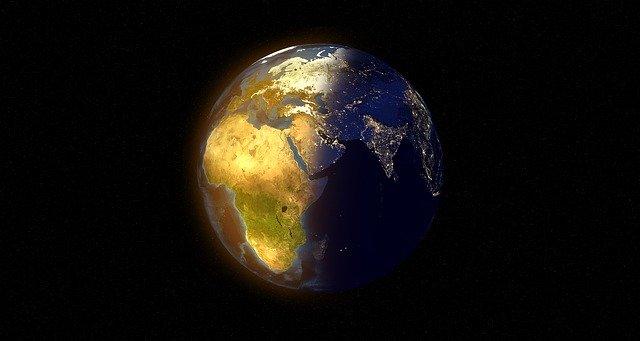 The World celebrates Earth Day every April 22nd. This year, we celebrate the 50th anniversary of Earth Day. In India, the occasion is popular as पृथ्वी दिवस (Prithvi Divas). Amid the pandemic, people are quarantining due to COVID-19. The outbreak has not only put a pause on human daily life and hustle. However, Earth Day reminds us of the beauty of this planet. In addition to its beauty, it recalls that our planet still turns, our climate and biodiversity is in grave danger. Today, people are at home. Yet, they are honoring the occasion in different manners.

From children making paintings of the earth to Google making Doodle of Earth & bees, it reminds how people still believe in the splendor of Earth. Thus, this Earth Day, as humans have had to pull back indoors to decline the storm of Coronavirus, we have a few things to suggest to you all.

As there is the absence of humans outdoor, our ecosystem has started to respond in a new way. Our planet and our interpretation of our planet have several differences. However, there are a few things that almost everyone has a hint about. For instance, the rise of average temperature, degrading of the natural system including the vulnerability of survival. Besides, science is advancing. As we remain indoors, with uncountable books and audiovisuals on this topic, here is something I think we should learn on Earth Day 2020–

We Create Pollution, We Bear Repercussions

Ignorance is a part of human nature. Often, we overlook the importance of something until it is gone forever. Now that we can’t have it, we crave it. One such visual learning is the pandemic, Coronavirus. We had it coming, we saw it coming in November 2019. However, ignorance is a reason behind all the suffering the world has to bear today.

Air pollution a very common thing that billions of people across the world breathe every day. Since the lockdown, people could not step out of there home. A pause on wandering, visiting, and social gathering has begun to show positive results in many terms.

Primarily, the doubling rate of COVID-19 patients is now lower than before. On the other hand, air pollution has fallen swiftly in many cities. Including India, many countries have less air pollution in metro cities as well. For instance, China experienced a decline of 40% in nitrogen dioxide. Due to the least vehicles on the roads and operation of power plants, this year the quality of air is enhancing. The COVID-19 lockdown has shown how quickly our environment can heal. Also, how quickly the air quality can improve. However, the pandemic is not something we can celebrate for the betterment of the environment.

Here all that we can see is, Earth longed for this so much. For centuries, humans have only drawn pollution and degradation on earth. Now, due to human’s own creation, they bear repercussions. Thus, we require learning environmental regulations.

We are losing a large life scale. Beyond our realization, we pose life in danger every day. Be it humans or other species. Earth Day last year was evidence of the shrinking diversity of life on Earth. Every year, Earth waves goodbye to a great number of species.

These extinctions are a result of loss of habitat, competition from invasive species and overfishing. Besides, climate change is one of the major reasons behind this.

For instance, when was the last time you saw a cuckoo bird outside your window? None of us can remember. These things were a part of the early centuries, the late 90s and even early 2000s. However, since 1970, nearly billion animals and birds vanished. Over the past decade, more than 500 species were declared extinct. For many people, it is not so very blaming. After all, who has time to care about biodiversity. Besides, to restore the variety, humans need over 5 million years of evolutions.

Earth Has A Lot New Things to Teach beyond Earth day

Despite contracting biodiversity the understanding of it could not. Earth is vast. So vast that humans would need many more centuries to completely collect figures of species it comprises. There is an uncountable number of species of plants and animals that are undiscovered. Each year, as some species leave we start researching new ones. Undeniably, the earth has much more to teach beyond just the occasion of Earth day.

Since last Earth Day, researchers found many more new species. Many more of them come into emergence over 250 years ago. In inclusion, several new varieties of plants also came into sight. With the ongoing evolution of science, humans will keep learning the marvelous mysteries of the earth. Especially, how newly discovered planets and animals survive.

On Earth Day Trees are the Real Hero

The bushfire in Australia in 2019 burnt over 27 million acres. In addition to this, the lives of animals, as well as people near the forest, underwent a severe threat. The blazes, which were the hottest, driest year record in Australia as late 2019, destroyed more than 3000 homes, killed a total of 29 people and sent smoke worldwide.

Now that the world is under another threat, COVID-19 pandemic, trees are real heroes of the war. Not only metaphorically but scientifically around the world trees are the cause of life. To cope up with the Coronavirus threat, people across the world have realized the importance of trees. They are planting trees. It can empower the ecosystem. As the pollution decreases, the fresh breeze will also give a relief once the lockdown is over.

More than just to keep us company, trees can help fight climate change. They can offer natural cooling, support all the species, and cycle the moisture. Once the system of nature goes on track, enormous jeopardy of hazards can come to a halt. Trees are crucial to protect as well as restore Earth.

Connect here with the Best Astrologers of India for Horoscope Reading.

Remedies to Please 9 Planets To Get Rid of Problems
Views: 24930