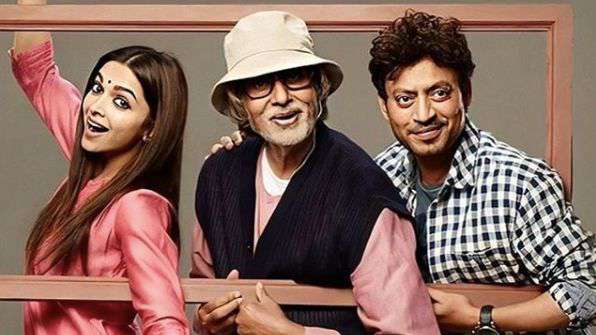 Hindi Cinema is a witness to some epic movies with great Indian Fathers. With loads of drama, fun, and frolic these dads have brought life to the movies and made a memorable watch for the audience. The characters have left a lasting impression on us viewers. Some of them are hilarious while some are serious and the other drama queens. Father’s Day is on the 21st of June 2020 and we are more than elated to celebrate the day with our beloved dads. On the occasion of Father Days, we bring to you Greatest On screen Bollywood Dads as your zodiac signs.

Arush Mehra the character played by the Khiladi Kumar of Bollywood is an absolute Aries dad. He is fun and caring, runs away from responsibility at first then acts all lovey-dovey. Arush Mehra and his friends take care of little angel like a true man. The love and compassion for the adorable kid was so overwhelming. Though Aries lacks patience, however, Arush adapts himself with the changing scenarios swiftly.

Mahavir Singh is a wrestler who failed to win the gold medal in wrestling. After considerable disappointment, he decides to empower his daughters to become successful. He’s hardworking and truly inspiring for the younger generation. A Taurean attitude of never giving up resonates from Aamir Khan’s portrayal of Mahavir Singh. “Hamari Choriyan choro se Kam hai Ke?” which means my daughters are no less than guys. This movie gained appreciation form the mass for its outstanding rural dad uplifting his daughters Geeta and Babita.

Jai the protagonist after a divorce with his wife tries to get in touch with his only daughter. He disguises himself as the nanny of her daughter Bharti. The thrill and anticipation of getting caught is a must-watch. Kamal Hasan’s get up is an accurate representation of a Gemini zodiac sign that is dual personality. A Gemini father is cool and knowledgeable just like that of Jai.

Baghban is a movie that represents urban family structure. It is about how old parents are forced to separate and live in terms of their children. Amitabh Bachchan was a loving and caring father who all his life worked hard to provide for his family. However, he’s left at the mercy of his sons that treat him poorly. Cancer zodiac signs resemble the role of Raj Malhotra veterans who struggle for love and compassion.

The late Rishi Kapoor did an incredible job in the movie Kapoor and sons. He’s the grandfather that is quirky and outgoing just like a Leo. In addition, he’s no less than his two young grandsons. A father figure but with a twist, he is a kind of uber dad wed love to have.

Chaudhary Balwandar Singh is the man of the family. He has two daughters that he’s protective of. Though he lives in London his roots are deeply attached to his motherland India. He tries to imbibe his culture through his strict measures. Virgos are uptight or appear to be but deep down they have a heart of gold. The climax of the movie is to date the most remembered scene of Bollywood history. Amrish Puri finally decides to let go of Simran and we see the epic dialogue “Jaa Simran Jaa Jee le Apni Zindagi.”

Trying to strike a balance between right and wrong sometimes it can land you in a series of unfortunate events. This is exactly what happened to the father Narayan Shankar when he unravels the nuptial between her daughter Megha and Raj Aryan. He was a protective dad, and couldn’t take the affair of his daughter. Libra is the same when it comes to parenting. They are so busy trying to correct the wrong that they ignore the brighter side.

Scropio’s are easy-going, passionate flirty, and possessive. We can see Rahul’s excessive love and protectiveness for his daughter Anjali. Nevertheless, they share a cool bond that makes us an instant fan. The duo is the most love father-daughter relationship in cinema. Moreover, the dad is strikingly handsome a secret weapon of the Scorpio sign.

A Dad that has it all money, fun, and love. Dharmvir Malhotra is an ultra-rich man who supports his son no matter what. He congratulates his son Raj for failing exams like who does that. Unlike a typical Indian father, he’s the polar opposite. He motivates Raj to go for Simran all the way to India. We all need a parent who encourages us in our dreams.

Bhaskor Banerjee is an open mined father who lets her daughter Piku live freely. However, one condition that is to never get married and take care of him. This very character is a Capricorn sign hard will doesn’t believe in norms. Bhaskor can be irritating at times but never has any boundaries for her daughter. He may not be the greatest On screen Bollywood Dads but he is definitely a treat to watch.

Bareily a place where the stereotypes and social norms have a major role to play, Narottam Mishar has raised her daughter like a man. He is cool, funny, and progressive. In fact, he knows all the affairs of his only daughter and we also see him smoking with him. Aquarian traits that have been spotted in Narottam Mishra, an unconventional and rare breed.

The national father award goes to none other than the one and only Alok Nath. He has played the roles of a father in numerous movie but this one is my personal favorite. In the movie Maine Pyaar Kia, he’s a single dad trying his best to earn a living. Irrespective of the hardships he provides for her daughter with the given resources.

Also, you may like to read: ‘Stranger Things’ Character as Zodiac Signs- Find out who you are 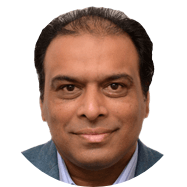 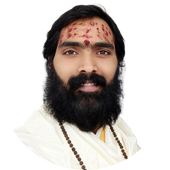