The Hidden Mystery of Area 51: The Story Behind 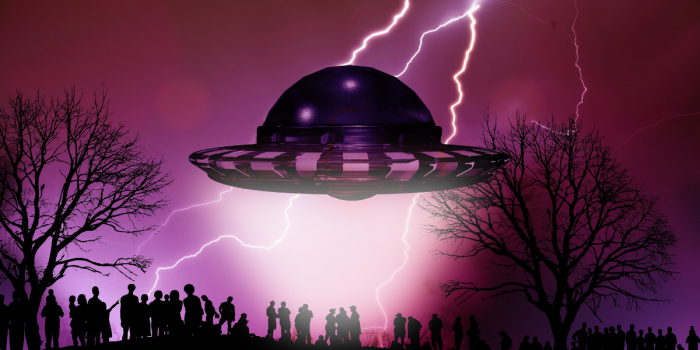 Area 51, highlighted as the United States Air Force Base located near Groom Lake in Southern Nevada (83 Miles away from Los Vegas) is famous for its privacy and mystical things. This is such a mysterious place where scientists and logicians from around the world debate about America’s research, Alien and UFO.

On 2nd July 1947, a UFO (Unidentified Flying Object) suffers in Roswell, New Mexico. It is said that a flying plateau fell on the ground, in which aliens were also aboard. This incident spread like fire all over the world and that was the instant when the U.S declared this area as a restricted zone.

Underground sensors were installed inside the ground, even after entering this area, orders were given to shoot. That’s why no one could know about the inside activities yet. However, in between, many people claimed that they have worked in Area 51 and that research is being done on aliens. Some of those who claimed to be named was Bob Lazar and Boyd Bushman.

Boyd Bushman (former Aerospace Engineer) died on 7th August 1949. Before his death, he did an interview in which he told about his work at this mystical place. He told that in this Zone, scientists are doing research together with aliens and some aliens are more than 200 years old. He also shared some photos of the restricted zone.

Bushman told that these aliens came from a planet named Plutonia, which is 39 light-years away from Earth. He told that the aliens complete this distance in just 45 minutes. Aliens use telepathy to talk. But all these facts have been officially denied.

The name of this zone came to the fore again when the U.S government changed the name of Nevada’s Highway-375 to Extraterrestrial Highway.

This area was so monitored that it was not placed on any map. But this zone can now be seen in satellite images.

The CIA (Central Investigation Agency) in its report mentioned Area 51 in 2013 for the first time. The report confirmed that there is only the U.S Army Secret Air Base. When the Soviet Union Russia was in war with U.S. in 1988, for the first time, Russian aircraft showed pictures of Area 51 and revealed that it has 8 runways and this is America’s safest airbase. Some also believe that U.S government studies Time Travel at Area 51.

Other Alien Sights In Highlight :

1. Ovnipuerto Cachi [ Argentina ]: Build by a Swiss Man, for purpose of UFO landing, Because a UFO captain telepathically told him to do so.

Supposedly, Werner Jaisli contacted Aliens. As per their instruction, Jaisli created a cluster of multi-pointed stars.

2. Hollowcombe Bottom [England]: The site of a mysterious pony massacre is rich with extraterrestrial conspiracy theories. Alan Hicks and Family discovered it in April 1977 while taking a troll through Dartmoor National Park.

4. UFO Watchtower [ Colorado]: Southwest is a hub of galactic activity; a cosmic LAX, with Area 51 and Roswell as the proof. Watchtower is a UFO-themed campground. Amazing desert with its unbelievable night skies, UFOs or not. Created by Judy Messoline in May 2000.

Must Read: Bermuda Triangle- Does This Place Really Have Super Natural Powers?