Bermuda Triangle- Does This Place Really Have Super Natural Powers? 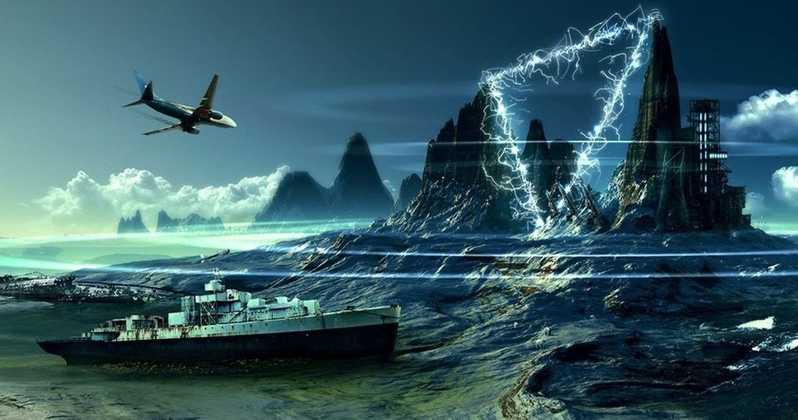 Supernatural powers! You may find this word funny! But if I tell you that we are living in a world where some things do possess supernatural powers. It is not compulsory that these types of energies can only exist in human beings but some places or you can say some strange places do have these powers. Let’s talk about one of those places, say “Bermuda triangle”

The Bermuda Triangle, also known as the Devil’s Triangle or Hurricane Alley. It lies in the western part of the North Atlantic ocean. It is a bit impossible to believe that this place has some supernatural powers where a number of ships and aircraft have disappeared. Till the time nobody is able to find out what exactly the mystery of the Bermuda Triangle is.

Over the years, the Atlantic Ocean’s mythical Bermuda Triangle is capturing the human imagination with unexplained disappearances of ships, planes, and people. It has always been a mysterious place to humans, and when the weather is changed, it can be a very deadly place.

A Mystery is something which is unusual or contains uncommon facts which people usually find interesting. There are a number of mysteries in the world which are still a question mark for scientists and researchers.

Bermuda Triangle is one of the mysteries which is creating a lot of headaches to the researchers from the last many decades. Many pieces of evidence, assumptions, clues have been found but an exact outcome is still a sort of dream.

According to the National Oceanic and Atmospheric Administration. It is believed that there is no other place like Bermuda Triangle where incidents happen with such a greater frequency. However, many boaters and fliers continue to venture through the triangle without event.

Unexplained circumstances surround some of the accidents relating to it. A few years ago, one of the planes of U.S. Navy bombers lost its signal while flying over the area. However, till the time there is no clue where it has gone.

In 1945, a bunch of five training flights that took off from Florida naval base but never returned. There was not even single evidence left about its disappearance or what exactly happened to it.

In another incident of 1918 when a large cargo ship went missing in the triangle area with over 300 crew members on board. This is probably one of the largest loss of lives on the Bermuda triangle.

An incident of 1814 in which the USS Epervier and her crew went missing while carrying the peace treaty to end the war between America and the North African Barbary States.

In 1609, the sea venture stuck near the eastern end of Bermuda Island. The commander of the fleet and his crew came across and they were the first to start a human settlement on the island.

Now if we talk about the most recent incident relating to Bermuda Triangle. On 15th May 2017, a small private aircraft Mitsubishi MU-2B-40 went missing. The aircraft was flying from Puerto Rico to South Florida when it lost its radar with Air traffic control.

A Warning For Future

Every day we hear a lot of unusual things happening in the world. We are so busy in our lives that we somewhere ignore that certain thing which may leave an impact on our future. Imagine you are walking on the road and suddenly you begin to fly. It is interesting but it is a sort of warning that something is wrong and you need to focus.

Now, if we talk about the mystery of the Bermuda Triangle. It too gives a warning to the whole world that there is a place like a hell where nobody can survive. We can only hope and try from our side too so that this mystery gets solved as soon as possible.

These were some of the major details about the Bermuda Triangle. You may also read about:- A Wild Conjunction- Jupiter and Venus