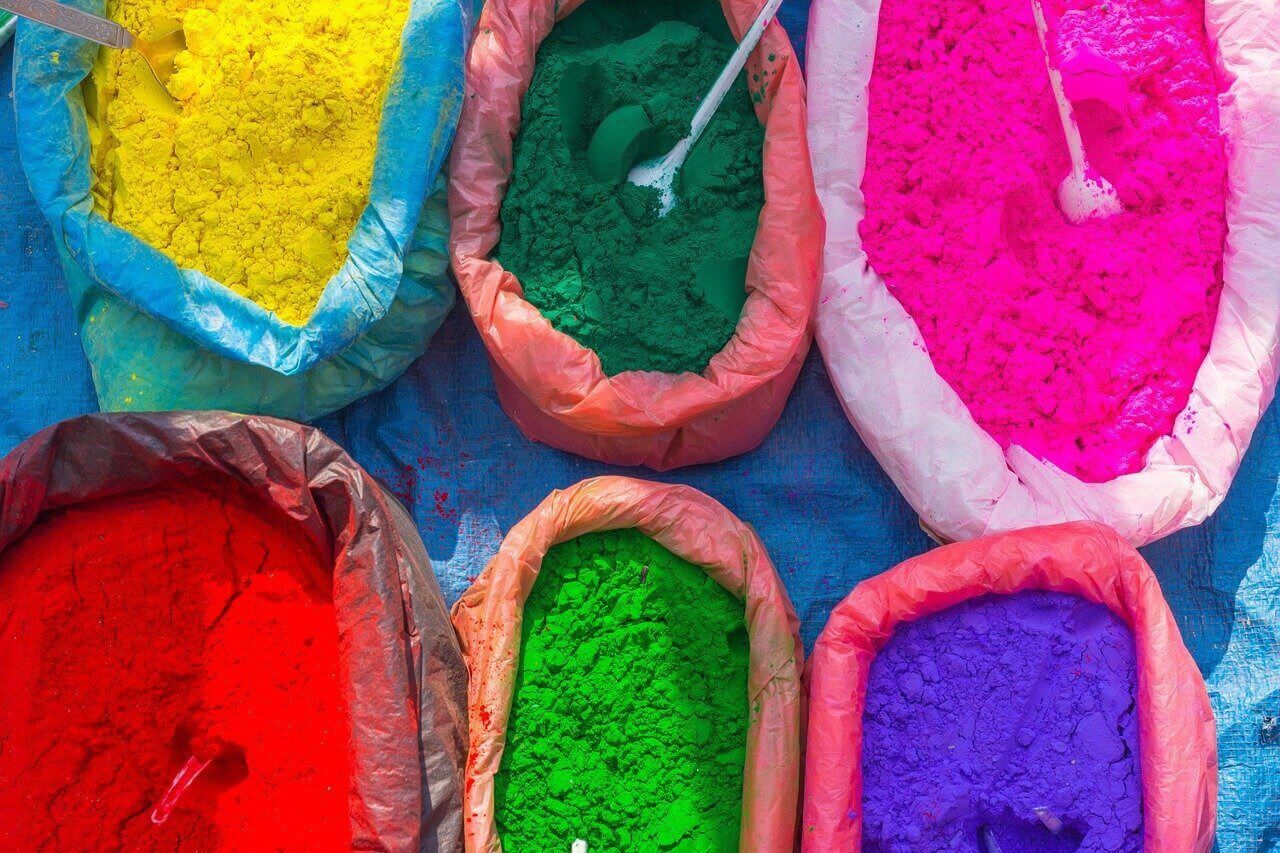 Holi is a festival of colors that takes place among all the Hindus over the world with utmost passion and sheer happiness. It is popularly known to be the second biggest festival for Hindus after Diwali. Holi is popularly symbolized as being the festival of colors wherein everyone plays with colors to mark the celebration. It is one of the most awaited times of the year which brings people closer and marks the period of harvest.

On the first day, campfires are lit after dusk time at correct Holika Dahan Muhurat. On this day, they worship campfire and offer grains to God. The following day, Dhulandi is celebrated when people enjoy Holi delicacies and play with wet and dry colors.

Story Behind Festival Of Holi

There are numerous ceremonies that are related to the celebration of the Holi festival. A day prior to Holi, a splendid campfire is lit. This day is Holika Dahan. It symbolizes the triumph of good over bad. There is an exceptionally fascinating story related to this.

According to Hindu Mythology, there was a wicked demon king Hiranyakashyap who forbade the people of his kingdom from worshipping the Lord Vishnu. As a matter of fact, he wanted to be immortal so that he could rule the world and to fulfill his desire, he worshipped Lord Brahma and did a hard penance.

As a result of his strong prayers, Lord Brahma gave him a boon which stated that neither inside the door nor outside the door, neither human nor an animal, neither during the day nor in the night, neither on the land nor in the water or air, nor by any weapon could the king be killed. The boon made Hiranyakashyap powerful and as a result, he became more wicked and treacherous. However, he had no power over Prahlad, his own son.

Prahlad was a righteous child and the biggest devotee of Lord Vishnu. To stop him, he made various attempts but at last, the demon king plotted to slaughter him with the help of his sister Holika, a woman with a boon to not get burnt in the fire. But when Holika tried to kill Prahlad by taking him into the pyre of fire, fired devoured her while Prahlad lived.

Later, to save him from his wicked father, Lord Vishnu took the form of Narsimha. He killed the demon king with his sharp nails while laying him in his lap at the doorstep during the dusk, thus saving his righteous devotee and the effect of the boon.

Celebration of Good Over Evil

To celebrate this victory of good over evil, the Hindu community partakes to light the fire. They keep a mud pot of new grains under the fire so that it may get devoured.

Moreover, quite often the predictions are made for the future harvest based on the flames of fire. The fiery remains of this fire are viewed as exceptionally promising and auspicious.

People light smaller flames at home with coals and keep the cinders which are believed to guard against illnesses.

After HolikaDahan, the next day on Dhulandi, the air is loaded with colors (known as Gulal and Abeer). The sky looks full of Holi colors and there are only sounds of “Holi Hai” everywhere. Youths dance on the beats of drums(Dhols) and apply colors on each other and on the feet of the elders of the family.

Water guns( known as Pichkaris) of different shapes and sizes swarm the business sectors. Seeing everyone pouring shading on each other and entire heartedly taking an interest in the merriment makes an ideal picture of bliss.

Some people are more interested in playing with dry colors only. However, numerous individuals feel that Holi festivities are deficient without wet colors.

Wet color is applied on the face and is made on the spot by blending little measure of water with the dry hued powder. People also blend colors in full pail of water to soak the whole body in wet colors.

On the banks of the River Ganga, individuals sit splashed in colors and get ready Thandai with cannabis (bhang) and this has an exceptionally inebriating impact. The fun is definitely appreciating and exciting.
Gujiya, Mathri, laddoos are devoured by the bounty in the event of Holi. Also, Bhang is used to amplify the Holi fun, it is taken as a drink or mixed with sweets. In some areas, especially cities, big Holi events, pandals or Holi parties are organized by keeping special themes.

On the day of Holi, the social media platforms are bombarded with Holi Greetings and Holi stories. “Bura Na Mano Holi Hai” take rounds and help people gel together.

The most famous Holi celebration in India is in the Braj regions. Braj regions are basically the areas of Uttar Pradesh that are associated with Lord Krishna. Among these Mathura, Vrindavan, Govardhan, Gokul, Nandgaon, and Barsana are the most popular ones. However, like any other festival, Holi also shares its own set of variations.

This place from Uttarpradesh is famous as the birthplace of Radha. Also, Lord Krishna used to come here from his hometown, Nandgaon to tease Radha and Gopis. He used to put colors on them, drench them in water and mock fights which later turned as a tradition at this place. Also, on this date of Holi, men from Nandgaon visit this place to take over the temple of Shri Radhikaji and in response to their actions, women from Brasana stop them with their bamboo sticks or Lathis. This kind of Holi celebration is known as Lathmar Holi.

Celebrated at the abode of Gurudev Rabindra Nath Tagore, Holi at Shantiniketan is quite famous in India. Here, Holi is popularly celebrated to mark the arrival of the Spring season, known as Basant Utsav. At this time, the whole area of Shantiniketan is surrounded by melodies of Baul singers and you may hear the eternal songs of Rabindra Nath Tagore played on instruments. Like spring, the Holi here is full of colors, flowers and great ambiance where you may see vivacious Bengali culture amalgamated with mesmerizing dance and music.

Situated 10 km away from Ajmer, Pushkar is known for its KapdaFaad Holi. As a name, here, only men are said to rip off their shirts while entering the Holi event. It is one of the most famous Holi celebrations of India that is visited by tourists from all over the world including Israel, France, Belgium, Netherlands, England, Italy and many more.

Here, the Holi party usually starts at 10 in the morning and lasts until late 5 in the evening. Holi is played by flowers and colors. Also, DJs and electronic music are played on the streets and the whole street looks like a small village where people from all the parts of the world dance out their hearts, play with colors and celebrate Holi.

Holi celebration at Vrindavan is of utmost significance as it is the birthplace of Lord Krishna. Here, Holi is celebrated mainly at Banke Bihari Temple where devotees from far places gather to play Holi with colors, flowers, water, and other Holi items. Also, you may hear Radha Krishna Holi bhajans or songs in the background and enjoy the mesmerizing ambiance of Temple while dancing on the drum beats.

Holi Celebrations Around the World

Known by the name of Phagwa, Holi is a national holiday and main festival that is celebrated with great vigor at Guyana. Here, people gather in streets to play with colors, effigy burning, and dance to the devotional songs of the city.

The neighboring country of India with a good population of Hindus is known to celebrate Holi with great vigor. Like other places, people here use colored water called “Lolas” and Holi colors to play on the last day of the Holi festival, known as “Chir”.

With a huge number of Indians residing, Holi is celebrated with enthusiasm in the USA with immense joy and pleasure. On the day of Holi, people take out parades where other people throw hues and play Holi while dancing, singing with their loved ones.

Holi in Trinidad and Tobago-

In the Caribbean twin islands of Trinidad and Tobago, the Holi celebration falls in the form of singing a special folk song, “Chowtal”. To sing it, people basically use two musical instruments known as “Dholak” and “Manjeera”. They dance on their beats and exchange Holi greetings and sweets to show their happiness.

Rang Barsay is the most popular Holi event that takes place in Singapore. In the event, people dance on various upbeat songs, eat sweets, drink cocktails and enjoy drenching each other with colors.

With the above information, now you know how vibrantly and vividly the Holi celebration occurs. So, enjoy this auspicious day and live each moment to the fullest at the Holi festival 2020.

Also, you may like to read about Holashtak 2020- 8 Inauspicious Days Before Holi