How Astrology Helped Me Fight Chemotherapy 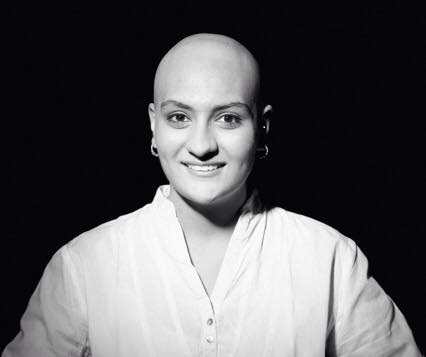 I had started following Astrology when I was 11 years old. As a Scorpio, popular for being overly dramatic, sensitive and anxious. Also, it helped me maintain a certain amount of control over my emotions and thoughts.

However, over time with increasing peer pressure as well as academic workload, this habit slowly faded away. I realized the importance it had in my life only when I was struck with a common, yet dreading disease: Cancer.

My name is Dhriti Malhotra. Five years ago, I was diagnosed with Germ cell cancer and was prescribed three cycles of chemotherapy. My family told me that I had to be “positive”. However, there was no way, I could have predicted this would happen. I had a feeling that something was wrong with me.

However, I paid no heat to it. Had I done that; I would’ve been more prepared for what was coming.

I was told that I had to go through three cycles of chemotherapy. Also, that it would lead to a lot of changes in my body. At first, I panicked because of how ambiguous the entire thought of having “bodily changes” was for me.

Initially, I was very scared to be admitted. I was taken to the general ward. There all the patients were treated and it was tough watching little children bare such intense pain. Luckily, I was moved to a private ward but that solved least of my worries.

I was constantly consumed by the negative thoughts that flowed through my mind every now and then. Unfortunately, my doctors had told me that I would have little control over my thoughts and emotions. It was because of the erratic and inconsistent hormonal changes that my body would go through. It left me with unanswered questions and a lot of uncertainty.

Unfortunately, my doctors had told me that I would have little control over my thoughts and emotions because of the erratic and inconsistent hormonal changes that my body would go through, leaving me with unanswered questions and a lot of uncertainty.

However, I believe that I am the in charge of my emotions because they were mine after all. Frankly, I had no plan. How would I even know if I was having a mood swing? There were no “buttons” that could give me a signal when a mood swing was about to occur.

The thought of not being able to maintain a certain level of emotional balance kept demotivating me. Nevertheless, my family and friends suggested I take each day as it comes, which was least reassuring.

I tried a few ways to keep myself healthy and emotionally stable such as meditation, listening to motivational talks, walking, exercising and eating healthy but I still seemed to be vague about my emotional health and stance.

There were times when I would have such extreme mood swings that it would upset my family members and friends. As a result, I fell into a bottomless pit of guilt and sorrow.

Deep down, I knew there was a way I could cope. However, there seemed to be hundreds of doubts and questions that ran across my mind before I built up the courage to accept that I needed to try astrology.

Benevolence Of Astrology During Chemotherapy

I started with reading my Daily horoscopes, focusing mainly on the health and emotions column. As and when I started to feel more comfortable with this habit, I started to read my weekly as well as monthly predictions. Instead of focusing on the chances of them being inaccurate, I decided to pay close attention to what my horoscope had to say.

With that, I was able to get an idea of what my day or week could possibly look like. For instance, on multiple occasions, my horoscope suggested that the day may seem a little chaotic or disordered with possibilities of fights or arguments with loved ones.

That way, I would at least be aware that something like this could happen and that I needed to stay as calm as possible in order to avoid it. Rather, sometimes I would just let my closed ones know that such incidents were likely to occur and they would understand or at least give me space.

As and when I started reading my horoscopes regularly, it became a part of my daily routine. This also had its limitations. There were times I would completely forget to check on my horoscope in the morning and by the time I’d find out, it was often too late.

Nevertheless, coming back home from Chemotherapy and reading it always gave me a sense of contentment especially if something good were about to happen and I was caught off guard, which would leave me with little surprises.

There are many sites and sources that provide you with horoscopes but AstroTalk genuinely puts in the effort to ensure that you are not only given accurate information but are also delivered personal attention and advice.

This enables you to be more secure about what life has to offer you now and what may come tomorrow so as to be a little more prepared and confident about your future.

I am 19 years old now and have co-founded a mental health awareness initiative called Mustamya. I have healed completely and I am excited to commence my degree in BSc Psychology.

Looking back at the time when life had taken a 360-degree turn and everything seemed unpredictable, I found my solace in astrology that not only gave me a sense of security but also a level of control over my thoughts and emotions, something I will forever be grateful for.

We hope you liked reading about how Astrology comes as a helping hand. Also, you may like to read about Cusps Can Be Interesting-Hidden Facts.

How Gemini People Are Misunderstood?
Views: 9026

Career guide In Astrology: Things You Should Know
Views: 3448 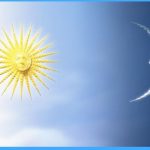 Difference Between Rashi And Lagna-Know Their Impact
Views: 46468 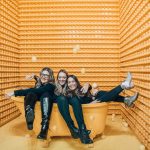