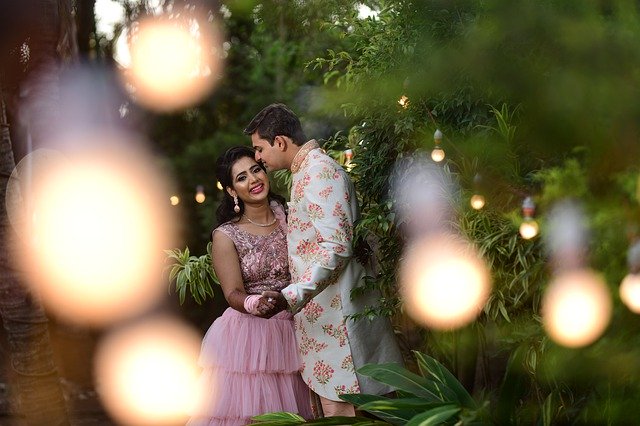 Mangal or Mars is the karaka of a happy marriage and relationship. In a marriage, the energy of Mars brings passion between the couple. However, when positioned wrong, the planet brings humongous destruction. Manglik or Mangal Dosh is calculated during Kundali Milan before marriage.

It is also known by the names like Kuj Dosh, Bhaum Dosh, etc. In Southern India, it is known as Kalatra Dosha. A person with Mangal Dosha in the horoscope is called Manglik. In a birth chart, when Mars is in the 1st, 4th, 7th, 8th, or 12th house of the bride and groom, then Mangal dosha occurs. However, in South India, Mars in the 2nd House Mars also causes to be Manglik Dosh. Under these situations, there may be obstacles in their marriage life.

The 1st, 2nd, 4th, 7th, 8th, and 12th Houses of the horoscope have an important role to calculate married life. The 1st house here signifies Health, the 2nd house signifies money, 3rd house represents family, speech, and power. In addition, the fourth house represents happiness and material pleasures, and the seventh married life and relationship with the partner.

In this way, the 8th house is the significator of good luck and fortune for the bride. It also signifies the age of a woman’s husband and self. It represents the factor of happiness. Also, the Mangal Dosh Parihar given in the resulting astrological texts cannot destroy the Mangal Dosh. However, it can decrease its intensity. Nevertheless, Manglik Dosha can be automatically reduced or canceled in the horoscope of the native under certain circumstances.

When Mars is in these four zodiac signs, it does not draw any malefic effect.

Similarly, when Mars is in one o the following positions, it does not form Mangal Dosh.

In the horoscope, when is in an ill-position it causes destruction. Otherwise, a weak Mars in the aspect of an auspicious planet or position, or retrograde with the Sun will not be defective.

According to North Indian tradition, Mangal Dosha occurs when it is in the 1st house or in the Lagna house. Whereas, in South India, people consider the Dosha when Mars is in the 2nd House of the birth chart.

The importance of the eighth house for a woman is not less than the 7th, because it is the house that represents the Mangalya of a woman. Therefore, for relationship and joy with her husband, it is crucial to analyze the planetary position of the 8th house in the birth chart of a woman.

Along with the theoretical side of Mangal Dosh, it is very important to study the practical and traditional aspects too. Since centuries, many scholars and practitioners have studied many beliefs, concepts, rules, and research associated with Mangal Dosh.

Accurately, according to the opinion of the best astrologers of India, Mangal Dosh is calculated from the Lagna Kundali and Moon and Venus Kundali to determine its effect and cure for the respective person.

The Moon and Venus Kundali are formed according to the placement of these two planets in the horoscope. Some of our scholars believe that Mangal Dosh should also be calculated from Saptamesh or Seventh Lord. If the house in which Saptamesh is positioned in the birth chart from that house when Mars is in the 1,4,7,8 and 12th house then it forms Mangal Dosha. However, at present, people do not believe in this analysis.

Mostly, it has been observed that every other or third person here is said to have Mangal Dosh in their birth chart. Whereas, according to our expert astrologers, it has been found that there are about ten out of lakhs who are affected by complete Manglikosh.

Further, you may like reading about Mangal Dosh- Details You Should Know

Remedies to Please 9 Planets To Get Rid of Problems
Views: 20327