Importance Of a “THREAD” in Hinduism 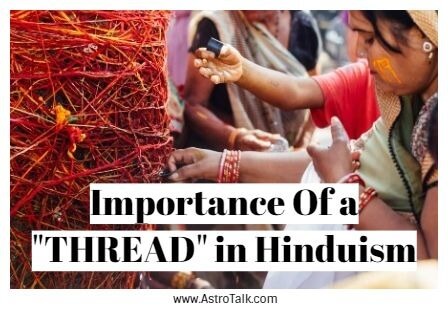 We have often seen Hindu people wearing a Kalawa/Mauli (red/saffron/orange/yellow thread), black thread, Janeu/Yagyopaveeta  (white thread) around their wrist, chest, and ankle. Have you ever thought about why? What is the significance of just a thread? Well, we have answers to all the related queries, let’s explore:

There are sixteen Samskaras in Hinduism, Samskara means making perfect, a sacred or sanctifying ceremony. These sixteen samskaaras are, Garbadaana (Conception), Punsavana (Fetus Protection) , Simanta (Protection of the pregnant mother), Jataka Karma (Shasthi) (Natal right for development of child’s intellect), Naamakarana (Naming the child), Nishkrama (Taking the child outdoors), Annaprashana (Giving the child solid food), Choula or Mundan (Haircutting), Karnavedha (Ear piercing), Vidyaarambha (introduction to the world of knowledge, music, dance and some forms of folk arts), Upanayana (the act of leading towards something), Vedaaramba (Study of Vedas and scriptures) ,Keshaant (linked to understand the power of meaningful words), Samaavartan (Completing education),Vivaha (Marriage) and Antyesti (Last rites or funeral rites). The first three are prenatal ceremonies, the next six are childhood samskaras, and the next five are concerned about education. Vivaha is marriage and Antyesti is a funeral ceremony.

As a matter of fact, most of the Brahmins wear this on their chest. Also, people follow the tradition of putting it during Upanayana Samkara. Upanayana means leading the disciple to Guru. Ayagyopaveet has three vritas (threads). Every thread has three cords twining itand one knot. The word “yagvopaveet” is an amalgamation of “Yagya” plus “up” plus “paveet”. Not the best but the best of the best action is “Yagya”, ‘Up’ means ‘near’, ‘veet’ means obtained, spread, desired, cherished.

Thus, people wear Yagyopaveet with a desire to do their best. This is the initiation to acquire spiritual knowledge. On this occasion, mentors teach Savitri/Gayatri Mantra to the beginner. This Mantra is one of the most sacred Mantra. This is a mantra seeking enlightenment/ the knowledge of Absolute Reality/Para Brahman and is instrumental in acquiring the highest wanting of life i.e. liberation. The chanting of Gayatri Mantra takes place by holding this Yagyopaveeta. Below is the Gayatri Mantra with meaning:

The Almighty Supreme God, the creator of entire cosmos, the essence of our life existence, who removes all our pains and sufferings and grants happiness. Implore his divine grace to imbibe within us. His divinity and brilliance which may purify us and guide our righteous wisdom on the right path.

Yajnopavita is a sacred thread. It has three strands with a knot resembling a sitting cow. The three strands represent three Vedas and the knot represents Atharva Veda. Also, it represents the first three stages of life i.e. Brahmacharya, Gruhasta and Vanaprastha along with three fires called Garhapatya, Dakshinaagni, and Ahavaniya. People wear it starting from the left shoulder, passing over the heart and goes backward on the right ending in a knot.

The left shoulder is the base for carrying a load of life with tolerance. The heart is the point of determination and faith. Back is a symbol of commitment; thus Yagyopaveet represents the sadhana (accomplishment) of the purest of pure with determination, courage, faith, commitment and a spirit of toleration.

After initiation, the beginner holds the expectation of people to do Sandhya Vandana and Agnikaarya all throughout his life. Sandhya Vandana means worshiping to the Sun God during dawn noon, and dusk. Traditionally, people perform by Dvija communities of Hindus. And it means “salutation to twilight or the solar noon”.

The Pranamaya includes five systems – Prana (respiratory system), Apana (excretory system), vyana(circulatory system), Samana (digestive) and Udana (reversing system). Ideally, Yagyopaveeta is one of the most important ceremonies in a man’s life. It is getting baptized in Hinduism! Janeu is a not an ordinary thread, its sanctity is regarded to get disturbed if it is not worn properly.

According to Hindu mythology, in the Vamana Avatar, Lord Vishnu pushed King Bali into the underworld. It is believed that he tied a red thread (kalawa/moli) on the wrists of Bali, to grant him immortality. That began the practice of tying a red thread on the wrist of people, to grant them long lives. When Kalawa is tied on your wrist, it should always be done with your palm facing up, there are always three knots tied. Inside your wrist, more towards the side of your palm are three veins, or Naadis (popularly known).

Each of these Naadis is associated with the three-body Doshasor constituents: Vata, Pitt, and Kapha, where Vata or Vayu, the impulse principle necessary to mobilize the function of the nervous system.

Pitt or bile, which is useful indigestion, the supply of blood and energy to various parts of the body. Kapha or phlegm, the carrier of nutrients into the arterial system. So, tying three knots, the kalawa creates enough pressure on these Naadis, each to keep your body free of any disease related to these three constituents.

Moli or Kalawa is an identity of Hinduism. It’s a red, yellow, orange colored thread, which is usually tied in the hands of man and woman both. Tying kalawa is an important tradition which signifies that someone is doing an Anushthan (Poojaor Any Mangalik (good) Karya (work)). The literal meaning of Mauli in Sanskrit is ‘crown’, which means above all.

Hence, Lord Shiva is referred to as ‘Chandramauli’ as he adorns the crescent moon on his matted hair. It is a cotton string, mostly in red color with small bits of yellow, holding some miraculous power to save you from evil energy. This holy thread is tied by spinning it seven times before or after the holy pooja (prayer) ceremony has been completed.

The sanctified thread is tied by the Guru or by the elderly members, especially grandparents of the family on the wrist of each person who is present in the holy ceremony while tying the Guru recites Sanskrit mantras(mantra for success) and is worn to ward off negative energy away from the person who wears this red thread. The mantra with meaning is:

“That which bounded King Bali, who was great in donations and was very strong. With that I am tying you, Be Still (unshakable)”

It is believed that reciting the sacred mantras is done to infuse the thread with positivism and invoke the Sattvik (pure) state in humans. Also, it protects the user from all negativism and bad influences; it also wards off dangers, diseases, and enemies.

Further, it is believed that by tying the Mauli, blessings from Tridev -Brahma, Vishnu and Mahesh, and Tridevi- Lakshmi, Saraswati, and Durga; are awarded to the devotee. From Brahma, we get fame, from the blessings of Lord Vishnu we get power to defend the evil and from the blessings of Supreme Shiva we get the power to end all are negative qualities.

In Mahabharata, during a war, Kunti tied red thread (Mauli) on the right-hand wrist of Abhimanyu as a shield of protection. None of the warriors could defeat Abhimanyu. However, it occurs only when a mouse nibbles off the thread that his protection goes away and he dies.

There’s also a science behind tying Mauli on the wrist. According to Human Anatomy, our wrist has a web of veins. Almost all the prime veins pass from here only. Tying Mauli thread improves the blood circulation, which balances the Tridosas i.e., Vata, Pitta, and Kapha. As a result, there gets no disturbance in the body system.

One who wears Mauli stays prevented from deadly diseases like paralysis, diabetes, heart disease, etc. According to the Acupressure, when you wear Mauli on the wrist there is no softness in the blood which keeps your immunity strong and fit.

According to Indian mythology, black thread is an absorber of all the evil things. People often put it on the waist. Also, it helps to keep weight and waist size under control by improving digestion. When we wear a thread on the waist and if that thread becomes loose that means we have lost weight and if it becomes tight that means we must have gained weight. Black thread on waist helps in proper elimination.

It improves intestinal strength thereby improving digestion and makes bowel movement proper and easier. It also improves kidney and bladder functions. Adding on, it improves spinal health by providing support to the area of the lumbar spine. Black thread on waist keeps problems like lower back pain, spinal problems; slip disc, etc under check by retaining the spinal fluid.

“His Trishul symbolizes control of mind, intellect and ego, allowing you to work better and never loose control”

These were some major details about Importance Of a “THREAD” in Hinduism. Also, you may like to read about Moon & its impacts spiritual in Astrological Houses.

Consult the best Astrologer of India and seek their guidance to the right path of your life. 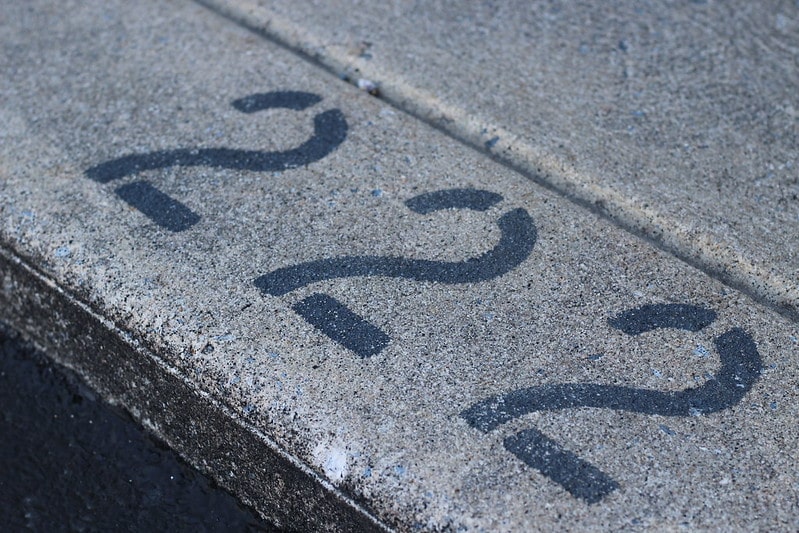 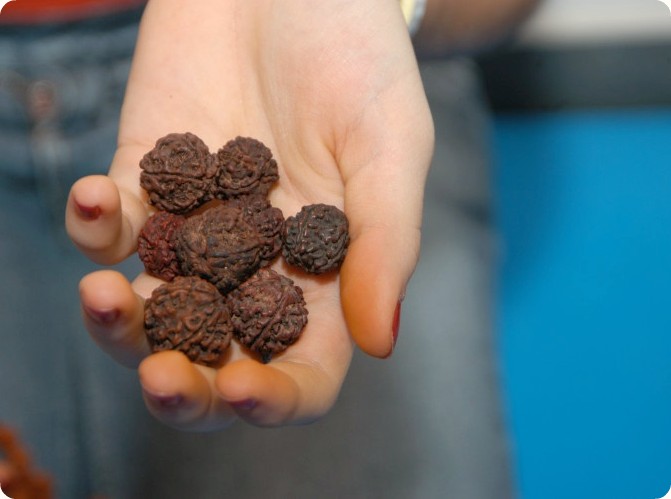 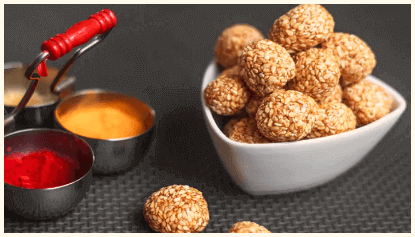