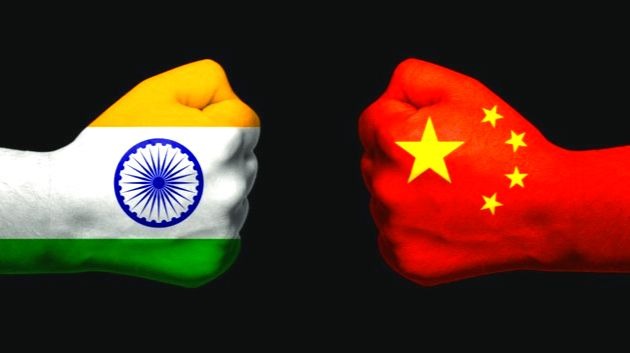 The border dispute between India and China is not a new story. It has been going on for a very long time as well as new chapters are being added to it. There was a time when the slogan of Hindi Chini Bhai Bhai was very much popular. However, those who followed this slogan forgot that in modern times, brotherhood is not a very common feeling. In the present time, once again the India-China border dispute is waving high and there is a long list of questions in the public.

Will there be a green signal for the war between India and China? Will China occupy India’s land? Is there enough strength in India’s army to destroy the border of China? Toward China, the anger of all countries is at the extreme due to COVID-19, amid all of this, why does China wish to flame the fire of a War? Many similar questions are in popping constantly in the minds of the people of India today. Thus, today we will discuss these questions in this article, along with politics, we will also look at astrological reasons.

The Art of War

Just as Chanakya Niti in India is considered an important text of politics, in China, a military general Sun Xu wrote a book called Art of War about 500 years ago. In this book, it was told how to defeat the enemy. The main thing that was in this book was to ‘beat the enemy without fighting’, that is, bother him in such a way that he would kneel in front of you without fighting.

Probably, China is marching ahead with the same strategy. Chinese President Xi Jinping says that the army should be ready for the fight without naming any country. However, the Chinese strategists probably did not read the Chanakya Niti, in which Chanakya says to destroy the enemy completely so that it can never return again. Earlier, India was known for its defensive militarism. However, the viewpoint is different today. These days, India takes aggressive actions. Thus, in view of China’s intentions and the military has started preparations and is waiting for the authoritative commands.

According to political experts, China has deliberately increased military activities on Indian borders. One of the biggest reasons for this is the entire blame of the coronavirus epidemic being laid on China. The people of China as well as the world were compelled to doubt their rulers. Many such videos and news featured in the world media which shows the ugly face of China.

China may have weapons to fight the world, but to satisfy the citizens of its country or to silence them, some weapon was needed. India was also constantly questioning and blaming China with Coronavirus. Thus, instead of adopting a protective grip on the situation, China adopted an aggressive attitude and increased patrolling on Indian borders. Along with this, the population of China is increasing constantly. Therefore, the country is looking forward to expanding its borders and dominate the whole world.

The India-China border dispute that has emerged at present started from the month of April.

There was an increase in Chinese troops and trucks around the Line of Actual Control between India and China. The activity of Chinese troops increased further in May.

The matter became so serious that Army Chief General Naravane had to visit the area to find out the real situation. The situation then became more critical when Jinping ordered his army to be ready. After that, there was a meeting between the heads of India in Delhi. On seeing this, the matter became an international issue and the US also asked to meditate on this issue.

While speaking on the matter, a defense expert mentioned that the construction of roads may be the reason for China’s anger. India has built roads in this area in the past. He further said that the Galvan valley has now become a hotspot as India has built a road from the Shiyok river to Daulat Beg Oldi here. It is one of the inaccessible places in that region.

Former army chief VP Malik has said explaining China’s strategy that China wants to move ahead by crawling and occupy areas that are in dispute. Although India is now keeping a close watch on every activity of China and China can give a befitting reply to any wrong act of China.

Currently, the Dasha of India’s Moon-Saturn-Sun is going on. This Dash will remain till the month of November. Due to which India may face some problems.

In India’s horoscope, Saturn is Baadhakesh. It will keep causing obstructions and obstacles from time to time. In the coming time, India will have to face some obstructions bestowed by Saturn. Since Saturn is in the 3rd house in the horoscope of India and this house also gives information about the neighboring countries, therefore India may face problems from neighbors. This is also coming, not only China but Nepal is also committing disturbance on Indian borders. At this time, Pakistan has always been carrying out terrorist activities on Indian borders.

The Shashthesh/ Sixth Lord (Venus) in the horoscope is also posited with Baadhakesh i.e. Saturn, so the situation seems even more worrisome. Baadhakesh’s intuition and the rest of his association with him show that the government may also face issues in many major decisions.

Due to the position of Moon and Saturn, India will also face problems in communicating with other countries. Although, it is one of the present issues in India. Due to this position, the way India wants to represent and explain its thoughts to other countries may not be well conveyed.

Moon-Saturn- In the present state of the Sun, the causal planet of the soul is affected by both the Sun and the causal planet Moon of Saturn, due to which the public may also face troubles during this time. The outbreak of the Carona virus has also cleared this situation. Along with this, Saturn is also affecting the Sun, the significator planet of the government. Thus, the government may be in a state of confusion at times.

After November, when the Moon-Saturn-Moon Dasha starts, India will face a lot of problems. However, things will start falling back at a fine pace when Moon-Saturn-Mars Dasha will begin in January 2021. Afterward, the conditions will improve. In the horoscope of India, Mars is in a strong position. Thus, during this time India can get the support of many countries. Especially the cold nations will support India as Saturn is the significator of cold. In such a situation, European countries, America and Russia can give their support to India and help it settle the ongoing India-China border dispute and India- Pakistan border dispute.

According to the Astrological analysis of India’s horoscope, currently, the Indian government may face problems with China as well as other neighbors. However, this situation will improve in January 2021 and India will get the support of many other powerful countries. As India is developing strong relationships with countries like America and Russia, the nation will observe support from all of them. Till then India will have to take every step very carefully.

Also, you may like reading about Impact of Coronavirus- Chronology, and Aftermath