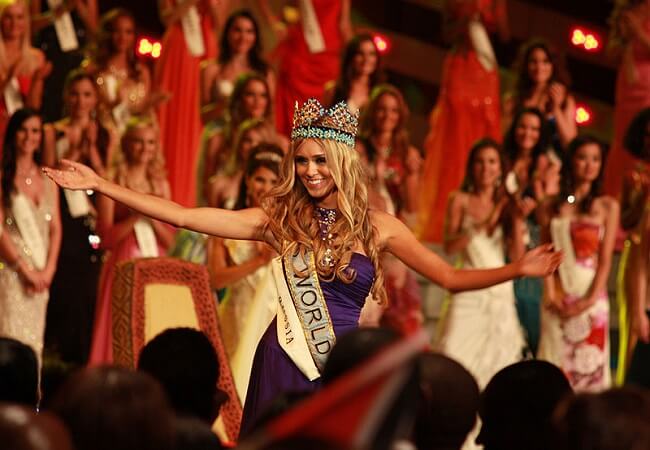 People assume that winning Miss World 2019 title is all about glamour and looks. Rather its more about an intelligent brain with an empathetic heart.

Amid 100 candidates from different countries, this year Suman Rao from India will compete in the upcoming Miss World Contest 2019, taking in Thailand.

The festival bikini competition got into the headlines and Eric Morley registered it with the ‘Miss World Beauty’ Pageant competition.

The Miss World beauty pageant competition was initially termed as the festival of Britain. But later on, Eric Morley decided to have it internationally.

Miss World event is franchised in about 100 countries. Miss World Organization organizes and monitors it. Each year by competitions, revenues are generated for the unprivileged children and disabled people.

By now the organization has been able to collect over £250 million for children’s charities.

With Vanessa Ponce winning the Miss World beauty pageant competition, she has become the first women to win a title for Mexico in the series of competition held each year.

Winners for the Miss World Competition from India-

The beauty pageant competition was held in UK, where she wore the best outfit for the evening. Reita Powell became the first Asian women to have won the title.

Aishwarya Rai won the Miss World 1994 title beating 86 other country’s candidates with her beautiful answer. Back then she was only a girl of 21 years old and perusing her career in architecture. Soon after her winning the beauty pageant competition she made her career Bollywood.

Aishwarya Rai got into news and headlines, show organizer’s choice was to send her for the Pageant 1994 finals. The former went to the competition and represented the country and ended up winning the Miss Universe Title 1994. Aishwarya Rai, she also made her career in Bollywood.

By Yukta Mookhey and Priyanka Chopra winning the titles in the consecutive years. Yukta Mookhey won the Miss World Title in 1999 and also won the title of Continental Queen of Asia and Oceania.

Priyanka Chopra on the other side won Miss India and later on the Miss World Beauty pageant competition in 2000. Chopra soon made a successful debut in Bollywood. In the same year, Lara Dutta also won the Miss Universe title in 2000.

After 17 long years, Manushi Chillar from Haryana yet again made the entire nation proud by winning the Miss World 2017 title and beat 118 contestants from different countries. In 2017, Times Magazine named her as “Most desirable women” of the year.

This year the 20-year-old college student, Suman Rao from Rajasthan has won the Miss India 2019 title on 15th June, 2019. She is currently perusing her career in Chartered Accountancy and Bcom course in New Delhi. Along with her passion in the modelling career, Rao is also passionate about dancing.

By winning Miss India 2019, Suman Rao will compete in the 69th Edition of the Miss World pageant competition which will be held in Pattaya, Thailand on 7th December, 2019.

According to our Tarot card reader Tina, the card that appears is The Chariot but reversed. It is an indication that the Indian contestant will have little or no control over the results and situation hence indicating that the result will not be in our favor.

This shows that the Indian contestant will be seen as losing control over the opposing forces and this could mainly be due to lack of proper direction and performance under high pressure.

The contestant should try and not lose her confidence and personal power that could at the end, result in feeling directionless.

Appearance of 6 of Cups indicates that this will be a good time to revive old memories and meeting some known people in the arena. This is merely from a social circle point of view.

This card comes up with a strong answer indicating that this time, India shall not take it to heart if the crown is given to another contestant and shall move on to the new adventures in the coming years. Sadly, this year doesn’t seem to be in India’s favor at all.