Is there a space for Astrology in Islam? 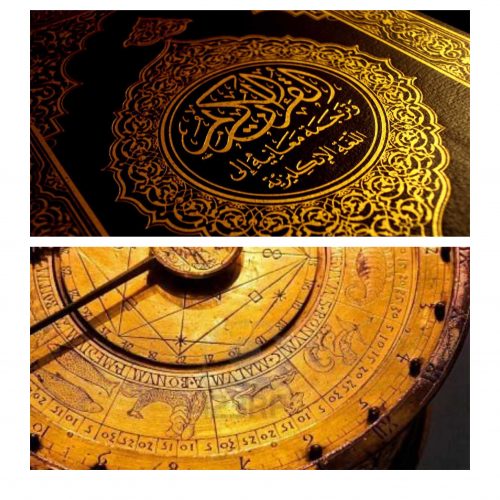 Let’s start with the word “Religion”. Usually, when we hear this word some really big questions start to hit our minds like how did the world come to be, why people have different faiths and believe, what happens to us after we die? Here we are going to talk about “Islam” and its believe in Astrology.

Islam teaches that God is merciful, all-powerful, unique, and has guided mankind through prophets, revealed scriptures and natural signs. However if we Islam is much more than this. Followers of Islam aim to live a life of complete submission to Allah. They believe that nothing can happen without Allah’s permission, but humans have free will.

Now if we talk about Astrology, it explains to us about the positions of the stars and movements of the planets of our Solar System. Astrology basically shows us the influence of some events on the lives of the people.

Islam criticizes all those things related to Fortune-telling and only believes in genuine sciences. It rejects all those things which are against or which oppose the sayings of Allah. In the Holy QURAN, Surah Al- Midah says  “Forbidden also is to use arrows seeking luck or decision, all that is disobedience of Allah and sin”. Here we can say Islam questions Astrology.

According to some preachers of Islam, Astrology may be acceptable in Islam because it is neither illusion nor demonic practice. Rather, Astrology is based on numerical knowledge which motivates people for further research to improve their lives.

Prophet Muhammad (PUBH), the messenger of Allah completely denounced the practice of Astrology as it involves the process of Fortune-telling which is considered as Haram( Sin) in Islam. During his lifetime some people asked him regarding his thoughts on Astrology. He said “Even if it comes true, they are still lying” which means many people will influence you to believe in Astrology but whatever happens, it will still be a lie.

It is a fact that the stars and planets are governed by laws that are above them. This fact is accepted by many Islamic Astrologers which is not wong but believing that there is another Creation above the Creator is completely not acceptable in Islam.

Now if we talk about the medieval Muslims who took a keen interest in the study of Astrology. Abu’l-Rayhan Muhammad Ibn Ahmad Al-Biruni was the first Muslim Astrologer who gave a sort of relationship between Islam and Astrology. He gave us a chart in which he focused on the prominence of Mercury. Mercury is the ruler of the Ascendant and with Gemini, on the cusp of the tenth house, Mercury also rules Al-Biruni’s reputation and career.

His Astrology was based on 12 houses in which he focused universe, humans and their relationship with Astrology. Al-Biruni follows a logical path which with geometry, then goes onto to arithmetic, astronomy, geography. After studying all these things he started his introduction to Astrology

If we talk about modern Islamic Astrology, it is based on teachings of the ancient Middle East, Persia, Greece and India.  So the question as to whether or not Islam permits the use of astrology isn’t likely to trouble many practitioners.

Astrology Is Not Related To Any Religion

When we hear the word “Astrology” one thing which we think of is “Hinduism”. We have a wrong concept that Astrology is only related to the Hindu religion. Believing or not believing in Astrology is up to us but we cannot relate it to any religion.

Astrology only tells us about planetary changes and their impact on our lives. It does not exactly tell us about the future, but it gives a hint on how to deal with certain situations. Many Astrologers also say don’t lie religion with Astrology. Religion is far more different and a big subject than Astrology.

People who face problems in life will do anything to get our of that irrespective of their religion. If they find Astrology provides a solution to their problems they will go for that, at that time he or she will never think of its religion.

There are many Astrologers in the world not only Hindu but there are millions of Muslim Astrologers as well, with their own way of teaching Astrology. Each Astrologer whether Hindu or Muslim tries to give a proper remedy and serve the people in the best possible way they can. So, it’s better to not link Astrology to any religion and just continue to live your life as you want.

These were some of the major points regarding Islam and Astrology. Also, you may like to read about:- the First letter of your name and the secrets of your personality

Consult the best Astrologer of India for your 2020 Horoscope Predictions