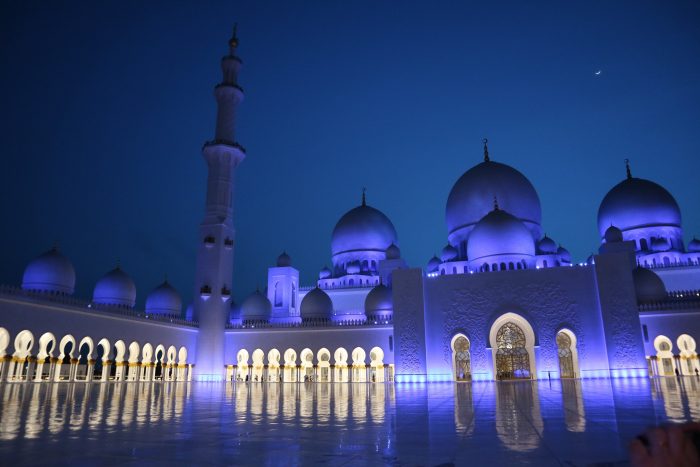 Islam is the second most widespread religion in the world with 2 billion followers all over the world.

Hazrat Muhammad Sahab was born in Mecca in 570 AD. The family was dominated by a large religious site in Mecca. Muhammad Sahab started working for a widowed businessman named Hazrat Khardija and then married him. According to Islamic texts, an angel named “Gabriel” came to visit Muhammad in 610 CE while he was meditating in a cave.

Gabriel conveyed the message of Allah to Muhammad, and ordered the promotion of those words. Around 613 AD Muhammad Sahab began to preach his wisdom. He said that he has received a message from God that God is only one. God tells everyone to follow the path of truth and honesty. Muhammad Sahab also opposed worship of statue.

In 622 AD, Muhammed Sahab set out on a journey from Mecca to Medina. This journey is called Hijra. The Islamic calendar also started with this.

After about 7 years, Muhammad Sahab came back to Mecca and he fought with his enemies and conquered Mecca. Muhammad Sahab continued to propagate Islam until his death in 632 AD.

After the death of Muhammad, there was a debate as to who would replace Muhammad as the leader. This led to some controversies and two sects emerged – Shia and Sunni.

Shia sect believed that the 4 heirs who came after Muhammad Sahab were sent by Muhammad. 90% of the world’s Muslims belong to the Shia community.

Sunni sect believed that only Ali was the rightful heir and refused to obey the first 3 admonitions. The Sunni Muslim population in Iran, Iraq and Syria is considerable.

The Quran has the status of the most sacred book in the religion of Islam. The words written in the Quran are believed to be words of Allah.

Some Muslims believe that Muhammad Sahab’s authors wrote his words. Because Muhammed himself never came to write and read. Other people believe that Abu Bakr compiled the Quran soon after the death of Muhammad.

To Get Detailed And Personalized Horoscope Report : Click Here