Kia Seltos to Launch in India? 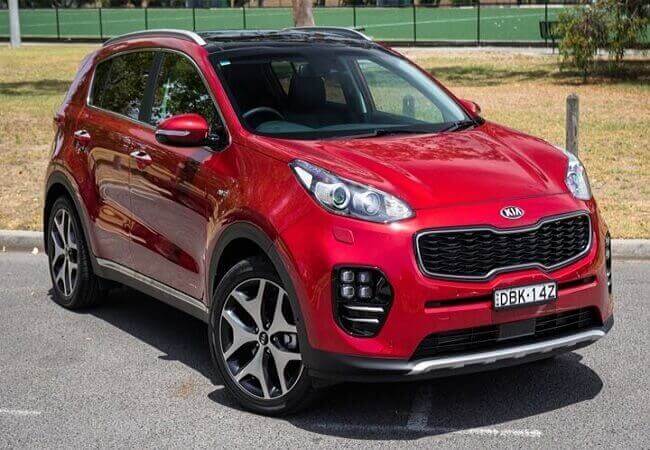 Kia is all set to launch its new model Kia Seltos in India by August 22. Last month Kia unveiled its Kia Seltos Model on June 20.

Kyungsung Precision Industry established in 1944. It initially launched itself in manufacturing hand-made bicycles. With “Rising Out Of Asia” slogan in mind, the company changed its name to Kia. By 1970’s, it stepped into the motorbikes and trucks industry whist later in the car industry.

The first Korean made bicycle by the company was introduced in 1952. There was a short supply of the materials due to the Korean War. He made use of oil drums and wire rope rather in place of steel. The company soon took a larger share in the industry.

Founder of the company, Mr. Kim Chul, saw various opportunities for the expansion of his businesses. In 1961, the company produced South Korea’s first motorcycle. The following years experienced manufacturing of small trucks. In 1973, Kia launched its first vehicle, Kia Brisa, which was a compact car. They made a benchmark by delivering inexpensive cars with a higher warranty value.

In 2004, Kia stepped back into the market competition by taking a redesigning initiate. It redesigned its slogan to “The Power to Surprise”.It initiated a complete overhaul to its vehicles. To achieve the world critical acclaim, the company bought several engineering advances to its vehicles. The company added technological features and a deviation in its style.

Largest Car Manufacturers in the World-

The company was bought by Hyundai Motor Group in 1998. Kia Motor Corporation’s partnership with the Hyundai Motor Group brought them to be the 4th largest car manufacturers in the world. Both companies made their mark after Volkswagen, Toyota and General Motors leading the pitch.

In September 2017, the company entered the list of Best Global Brands ranking at 69th position. With a worldwide worth of $6.7 billion, the company has been effectively able to drive many potential buyers in recent years.

Entering Into The Indian Market-

Kia Motors shook the industry by taking such a tough decision. In recent years, the company experienced several losses due to engine failure.

Kia Motor Group is all set to launch its Kia Seltos in India by August 22, 2019. The company unveiled the Kia Seltos Model on June 20, 2019.  For the functioning and sales of the vehicles, the company will be recruiting 3000 employees to execute its operations. The company is all set to manufacture skill training centers which will substantially help them in the manufacturing process.

With massive online bookings taking place for Kia Seltos. The company issued several warnings to the customers to stay away from fraudulent websites for booking the model. The bookings are scheduled to take place by July 15. To initiate its services in the Indian automotive industry, the company will begin with 265 customer touch points in 160 cities.

Kia Seltos will be having-

With the UVA technology, it will have 37 smart features under remote control, navigation categories, safety and security, and vehicle management. Price expectations for the upcoming Kia Seltos model are between 10-16 lakhs.

According to the recent reports, Kia gets a good start in the official bookings taking place online. The company has been able to drive 3000 people in just 8 days. In South Korea, Kia Seltos model is priced at Rs. 11.5 lakhs. With more and more official bookings taking place every single day, the company will be delivering its vehicle by the end of August.

After MG Motors, only Kia’s latest model Seltos, have been able to create a buzz in the industry. Ideal buyers are deliberately waiting for the launch of the new Kia model.

Click Here and Consult the Best Astrologers of India.