Is Lal Kitab : The pillar of Astrology? 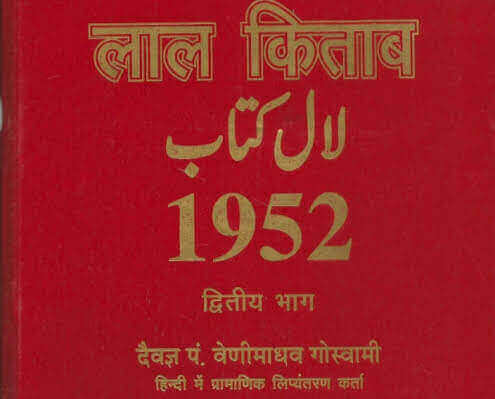 One of the pioneers of the Ancient astrology is also known as “The Wonder Book” of Astrology. It’s interesting to note that “Lal Kitab” is a school of Astrology which has the credit of bringing the science of astrology to the doorstep of the common man.

The book follows the ancient Urdu language.  First time in the history of astrology, Lal Kitab introduced a new style of horoscope analysis with quick and affordable remedies. Still, the authorship of the books seems to be disputed.

It is in ancient Urdu language without the element of punctuation and sounds Greek to a layman. Also, the poetical verses interpolated with philosophy and hidden nuances of destiny form the core ‘farmlands’ of the book. The authorship is unknown.

Philosophy and Concept Behind It-

Lal Kitab is essentially palmistry. The astrological contents that are a part of it are to reflect the findings of a palmist or rather to corroborate it.

The palm is divided into 12 parts just as the natural Zodiac is divided into twelve signs like Aries, Taurus, etc. Some types of shapes have been allotted to planets. These shapes wherever they exist on the palm are supposed to be occupying particular houses of the birth chart.

These signs represent the planets they are allotted to. Thus, we have the twelve houses and the nine planets posted in the chart having twelve houses. The astrological chart is ready on the basis of the palm. They are often different from the birth charts prepared on astrological principles.

The authenticity of astrological charts is to be corrected by the chart prepared from palm imprints. How charts are made from the palm is not our subject here. We propose only to discuss and deal with astrological contents of the book

Whatever be the system or method of preparation the chart has ascendant or the Lagna and the other twelve houses numbered serially.

As regards the comparative power of the planets it is the same as given in classical texts but at the same time, we come across the concept of equivalent planets. Mercury, for instance, is considered to be equivalent to Sun in power of giving results.

Though Lal-Kitab has been a very powerful tool to promote astrology, the knowledge about the subject is still primitive, Since many individuals believe that Lal-Kitab is a superstitious practice. However, this has not been the case.

There are several pieces of evidence to suggest that Lal-Kitab does possess many secrets which have been very handy and helpful. These remedies, also known an Upay in local lingo has only benefited the practitioner. These Upays or remedies are suggested only after a detailed analysis of a native’s horoscope.

Since the scope of the subject is very exhaustive, we have divided this as seven weekly and secrets which will help one to delve into the details with the seven secrets of the week :

rules this day, one can distribute Sweet Kheer for good luck. This will immediately enhance positive energy.

Mars is the ruler of this day. The day is very auspicious for Lord Hanuman One can donate Masur dal (Red dal) to the needed.

Mercury is the ruler of this day. One would need the wisdom to progress in life. Lal-Kitab remedy says to avoid eating Moong Dal on this day. Also, one can feed Green Moong dal to Cow and seek good luck.

Jupiter is the ruler of this day, Lal-Kitab says pleasing lord Jupiter will remove all the obstacles in one’s life. The best remedy Lal-Kitab would suggest is to wear Yellow-colored cloths or to consume Chana dal in food. This will please lord Jupiter completely.

Venus is the ruler of Friday, the days would need special attention. Lal-Kitab suggests donating Curd to the poor on Fridays for good luck.

Saturday is ruled by Lord Saturn. The lord of Justice and good deed. Appeasing lord Saturn is a must around Saturdays as this will bring excellent results in one’s life. The best remedy suggested by lord Saturn is to pour Musterd Oil on Lord Shani, in the Nav-Graha temple. This will certainly bring miraculous results.

Finally, on Sundays, the ruler is lord Sun, pleasing him is also very important. Lala-Kitab suggested that lord Sun would radiate his blessings on those who offer Jaggery to running water on Sundays.

Lal Kitab is exceptional in the field of Vedic soothsaying on the grounds that out of the blue, a book clarified how certain planetary positions in one’s horoscope should additionally reflect on the lines of his palm.

Without precedent for the historical backdrop of astrology, Lal Kitab presented another style of horoscope examination with fast and reasonable cures, which were without stereotypes like pooja and wearing of gemstones, by and large, prescribed by different parts of Vedic soothsaying and Jyotisha.

These were some major details about the Lal Kitab. Also, you might like to read about Gemstones And Their Wearing Methods.