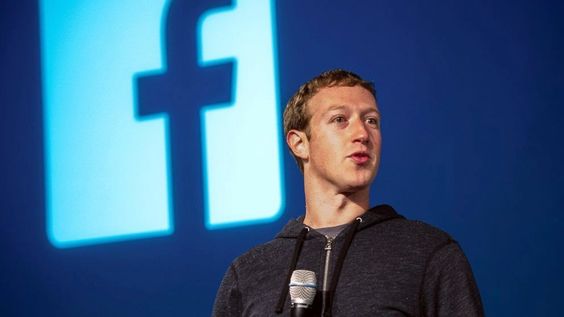 “The biggest risk is not taking any risk,” said Mark Zuckerberg.

He is the man who believed in this sentence made history by connecting over two billion people across the globe with Facebook.

Zuckerberg found Facebook on February 04 2004 and today it is available in multiple languages. A person can achieve success with hard work and skills. However, a little bit of help from the universe is necessary to get propitious and change the pace of this world.

Mark Zuckerberg is the epitome of brilliance and he was meant to be what he is today. Nonetheless, a pat on the back from fortuity is important to become the youngest billionaire. People may or may not believe but without the right time, no good luck comes.

The unique planetary placement and a clump of his birth chart him out of the ordinary. Let us dive in the following paragraphs to unfold some special facts about Mark Zuckerberg that make him one of the most successful Tauruses.

On 4th February 2004, one of the greatest observable facts of the 21st century happened. Mark Zuckerberg stated in a conversation“success like mine only happens with luck”.

We had a conversation with the best astrologers of India about Mark Zuckerberg, let us see what they have to say about the facts that make Zuckerberg different from others.

Mark has a workaholic tendency in his blood. Our astrologer mentions that Saturn is the cosmic force behind his hard-working character. At the age of 12, Mark Zuckerberg created his first program.

It was designed for messaging. Zuckerberg named it ZuckNet. It was a program that he created for his father who is a dentist.

Man that Said No to Microsoft

Zuckerberg was born with a very strong Jupiter. It is also the cause of his wisdom and radiance. Mark has always had a clear vision of being an entrepreneur.

In his senior high school, he made a co-created an application. The application was a media player to keep songs. The tech-giant Microsoft then sought to hire Mark. We all know, he didn’t accept to work under anyone. His wisdom made him choose to work for himself.

People might wonder how the 5th richest person in the world could be frugal. However, the truth is Mark Zuckerberg himself tells that he never sought to waste money. The strong position of Venus makes him wealthy and his personality traits make him an economical person more than the people with other Zodiac Signs.

The epitome of Unique Allure

Mark Zuckerberg is a Taurus this is the season following his persistent and unique personality. The materialistic approach and stubborn nature make his choices vary from normal. He is said to have a very unique taste of rock music.

What are the Major Reasons behind Mark Zuckerberg Success?

Vasi Yoga is known for allocation of generous nature and sweet voice. In this existing world where everyone is busy in offering hatred, very rare people are offered Vasi Yoga.

Mark is blessed with it. His charitable instinct and bighearted behavior is an offering of this Yoga. Taurus personality is genuine and down to earth; this allows Mark Zuckerberg to come in front of the world as one of the most munificent celebrities.

He is known for his genuine and patient nature. In our Talk to Astrologer, we got to know that Zuckerberg’s patient nature served him quite well to make him successful at a very young age.

Our astrology prediction says his extraordinary planetary position allows him a compassionate nature and divine success. He has an exceptional memory and impeccable knowledge level.

What Future has to offer him?

The Antardasha of Venus is proof that he would be getting a fair portion of the appreciation in upcoming years. He will witness a great rise in his growth. However, the Mahadasha of Mercury will make him begin creative programs.

Mark once mentioned, “You don’t make 500 million friends without making few enemies”. Nonetheless, the planetary placements will serve him in diplomacy to influence people.

The horoscope 2019 says the future has much more to offer this brilliant billionaire. Along with this, the universe is a witness of his true strength and hard work. We are sure that Zuckerberg will touch the new sky of success in the coming years.

These were a few amazing facts about Mark Zuckerberg, the man who introduced us to social media. Also, if you wish to read more about popular people you may read Celebrity Horoscope.

Remedies to Please 9 Planets To Get Rid of Problems
Views: 29950