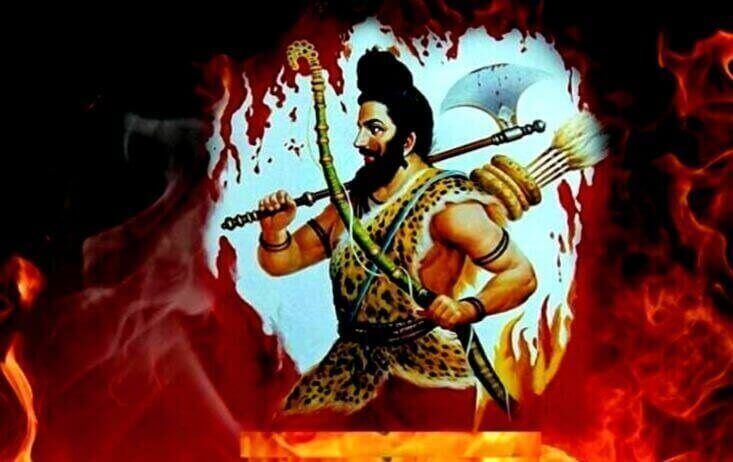 Parshuram Jayanti or Parashuram Jayanti marks the birth anniversary of one of the greatest and most fierce Indian saint Lord Parshuram. In Hindu mythology, Lord Parshuram is the sixth incarnation of Lord Vishnu. The occasion of Parshuram Jayanti falls Shukla Paksha of Vaishakh month as per the Hindu calendar. However, according to the gregorian calendar, the festival corresponds to the month of April-May.

It is an annual celebration that takes place among the Hindu community. It is a day to commemorate the bravery of the Hindu saint who believed in justice above everything. In addition to this, Lord Parshuram was born on the auspicious occasion of Akshaya Tritiya. Therefore, his birth anniversary marks a prosperous time to commence several new things.

In the year 2020, the festival of Parashuram Jayanti will be celebrated on 25th April, Saturday in the Pradosh Kaal.

In the Hindu religion, Parshuram Jayanti has supreme significance. On this day, one must take a bath and offer prayers to Lord Parashuram. It attracts the blessing of opulence. Also, it brings just in the behavior. According to Hindu beliefs, Lord Parashurama resides on earth in the form of Lord Vishnu’s incarnation Lord Hanuman and Ashwatthama.

In the entire Hindu year, this day has a superior astrological significance. According to the best astrologers of India, it is one of the most auspicious occasions to commerce new things. For instance, business, job, and studies. On this day, whosoever starts any new thing with good intention is blessed with affluence.

The tale behind the birth of Lord Parshuram is remarkable and uncommon. He was the son of sage Jamadagni. Despite being a Brahmin, Lord Parshuram comprises all the qualities of Kshatriya.

In ancient times, there was the king of Kannauj, Gandhi. His daughter Satyavati marries the son of Bhrigu Rishi. As she wishes to have children, she goes to her father in law Bhrigu Rishi to seek his blessings. As Satyavati’s mother had no son, she asks Bhrigu Rishi to give her the blessings for a son.

Upon this, Bhrigu Rishi gives two fruits to Satyavati and tell her and her mother to worship the Peepal and Sycamore with the wish of having a son and further eat the fruits.

Consumed with greed, Satyavati’s mother swaps both the fruits. She eats Satyavati’s fruit and gives her fruit to Satyavati. However, when Bhrigu Rishi comes to know this, he tells Satyavati that now despite being a Brahmin, her son will have all the qualities of a Kshatriya. Saddened by this, Satyavati tells that this must not happen. She says, she could accept her grandson to become Kshatriya. Thus, after a while, Maharishi Jamadagni was born from the womb of Satyavati. Later, Maharishi Jamadagni marries to Renuka. In this way, Parshuram takes birth in the form of a Brahmin by birth but had Kshatriya qualities through karma.

Not only for aggression but Parshuram was known for his just behavior also. According to Hindu Mythology, Lord Parashuram is the God of justice. In ancient times. the king of the Haihaya dynasty Sahastrajun used to persecute the Brahmins a lot because of their force and pride. It angered Lord Parshuram. He had vanished Kshatriya from the earth 21 times. To avenge the insult of his parents, he slaughtered Kshatriya.

Lord Parashuram also appears in his fierce form in the great Hindu mythology, Ramayana. In Treta Yuga, Lord Rama breaks Bow of Lord Shiva. The bow was attainted by Lord Parshurama after great penance on Mahendra mountain. Thus, when he heard the news that someone has broken the bow, it angers him. As Parshuram comes to slaughter the man, he comes to know it was Lord Rama, he bows down to Lord Rama.

Furthermore, Lord Rama gives him the Sudarshan Chakra and tells him that he will require it in his Dwapar Yuga avatar. Later, in Dwapar Yuga, Parashuram gives the Chakra to Lord Krishna.

Lord Parashuram’s anger is as famous as himself. He gets angry quickly. Once, he encounters Lord Ganesha. When Lord Parshuram walks to Mount Kailash, he meets Lord Ganesh. As Lord Ganesha stops him, he gets angry.

Enraged by this, he broke a tooth of Lord Ganesha with his ax. Since then, Lord Ganesha started being called Ekadant.

Remedies to Please 9 Planets To Get Rid of Problems
Views: 42782