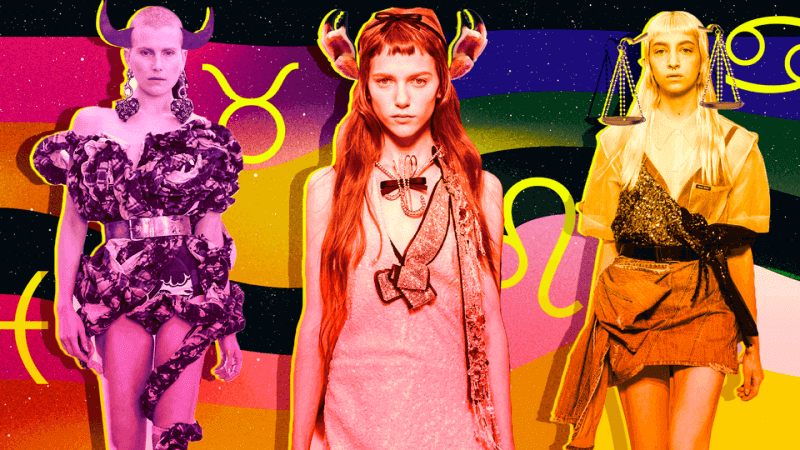 There are physical attributes that each zodiac sign has and they are oftentimes quite authentic and reliable. They are principally associated with the animal or the image representing that particular sign.

The physical appearance of a person is determined by their parents. The astrologer who has compared the natal charts of a person’s parents have found out that their ascendant is usually the same as their parent.

ASCENDANTS –From the astrological point of view, the ascendant is the zodiacal sign and degree that is rising on the eastern horizon at a specific time and location of an event.

There are twelve houses of a horoscope and these are considered as the record of the whole-life and the nature or character of a person. The first house is known as ‘Lagna’or ‘ascendant’ and it is considered as the backbone of any horoscope.

This house affects one’s life choices, sense of knowing one’s strengths, weaknesses, likes, dislikes and the way they might wish others to understand them through their attitude, opinions, and perspective.

Aries have a robust and rugged appearance plus fair complexion and prominent brows alongside small eyes and less hair. They have a strong bone structure with average height.

Aries usually are blunt, daring, spontaneous, courageous and energetic. However, they might also be liable to come across as an introvert, detached, selfish, jealous and violent.

Taurus men and women generally have an attractive and beautiful appearance, be it a man or a woman. Symbolized by the bull, the physical stature of a Taurian is thin and tall. Their calf muscles are nicely sized and well defined.

Generally, with clear- complexion, these people have an athletic body and strong-chiseled jawline. They are generous, loyal, down to earth and persistent. However, they have a reputation for being lazy and stubborn.

People born under this sun sign often feel that their other half is missing hence they are forever seeking new friends and people to talk to, they’re basically social butterflies.

Mercury gives Gemini artistic intelligence and they are generally blessed with the talent to write and speak well. They are average and have shiny bright eyes with fair skin complexion.

Crabs gift the world with boundless humor. They don’t like to have too much attention on them so its appropriate that their facial features are small yet very attractive.

Facial features of a Cancerian tends to be soft with high cheeks while the complexion tends to be fair and the nose usually small. Since the sign belongs to the element of water, Cancerians are more inclined to develop or get successful when close to water.

The perfect example of B-Town Cancer is Karishma Kapoor. Other famous personalities are Naseeruddin Shah, Amrish Puri, and Ranveer Singh.

Leo is represented by lion hence their nature is kind and giving like a king. They graciously shower love and affection on people they love. Leos walk with a lofty proud gait and can be recognized easily. They have a tendency to puff out the chest and hold in the stomach while walking.

Along with that, Leos have cat-like features, especially on the face. Their big beautiful light-colored eyes often grab attention. Typically, Leos are tall and they have a noticeable swagger in their motion.

The Virgos are intelligent (especially in technical fields), modest, humble, witty and have a good sense of humor, would make a good businessman. They look mature yet younger than their age and have a remarkable taste in fashion.

Despite being naturally blessed with a remarkable physique and more than average height, they are concerned about their health and are very particular about their diet. Virgos commonly have an oval shaped face. The hair is typically brown in color and almond-shaped eyes.

Akshay Kumar is the perfect example of a bollywood Virgo. Other eminent personalities belonging to this sign are Ayushmann Khurrana, Kareena Kapoor and Vivek Oberoi.

Never underestimate the intelligence of a Libra for they possess some of the most clever and ‘switched on’ brains in all of the zodiacs. However, it may be noticed that they have a chill and laid-back approach to life.

Their soft and sympathetic eyes add charm to their overall appearance. Mostly, Libras are tall and the body is slim and in good shape. The physique is remarkably fine.

The symbol of the sign Libra, the scales, indicate that people born under this sign yearn for balance and harmony in life, eventually maintaining a deep sense of loyalty, justice, and fairness.

Amitabh Bachchan, Parineeti Chopra, and Rekha are the popular faces of Bollywood that come under this zodiac sign.

A Scorpio born is strong-willed, goal-oriented, focused, brave, balanced, jealous, manipulative and they know how to effortlessly grab the limelight. They have a magnetic charm and cannot be ignored.

On average, scorpions possess a strong physique and attractive appearance. Generally, they are not very tall in height and belong to medium height lots. Manipulating and domineering as they are, they have a knack of getting things done their way.

They are the most sensual, protective, logical and smart people to say the least.

Shahrukh Khan, the king khan of Bollywood is a true scorpion, whereas other scorpion eminent personalities include Aditya Roy Kapoor, Aishwarya Rai, and Raveena Tandon.

Sagittarius born are comparatively stronger and tend to be tall or very tall and quite noticeable because of their height. The nose has good proportions and their eyes are lovely and genuine and they tell everything. Sagittarius typically has thick brunette hair.

They have a candid way of living and do not attempt to hide anything. Not to mention that a Sagittarius born have the tendency to work like a horse and have a one track mind towards achievements.

The overall appearance of Capricorns is generally very attractive. They have a poker face which sometimes makes them look older than their actual age.

It happens because of their facial features. They have a crocodile like jaw-bone, narrow forehead with usually a long nose. They also have sharp deep-set eyes which sometimes might make others around them feel a little uneasy. Capricorns may smile very rarely.

However, they are very polite and always with a steady nature. People born under this sign are the most family-oriented people.

Top celebritites who are capricorn include Irrfan Khan, Bipasha Basu and Deepika Padukone.

The most common trait of an Aquarian is a broad and well-defined forehead. They have naturally straight and light-colored hair with finely-chiseled, attractive facial features. People born under this sign are typically thin and tall by birth.

These people usually are introverts but with a curious mind. An Aquarius man is known for passionate, loyal and enthusiastic nature when it comes to relationships. Overall, they are known for their individuality and nonconformity.

Pisces people are the most selfless and spiritual of all. They are always going through the inner journey of their own which make them highly emotional and insightful. However, these people often have a quite perplexed mind.

Physically, Pisces people are short. If tall, then they will be only a little taller than usual. If short, a little shorter than the average. They tend to have fair colored skin, may have big ears.

The hair is satiny and healthy. A lot of Piscean has dimples and light-colored eyes.

These were just little descriptions of how a person of a certain ascendant could look like. You’ve to know that there’s more in your natal chart that affects your appearance (e.g. dominant planets and signs, planets in your first house).

These some amazing details about the 12 Zodiac signs. Also, you may like to read about Free Astrology- What your Birth Chart can tell you.

To know more about that and your personality traits and horoscope, you may connect with the best astrologers of India and seek their guidance.

Understanding the Savagery of an Aries Woman
Views: 9986