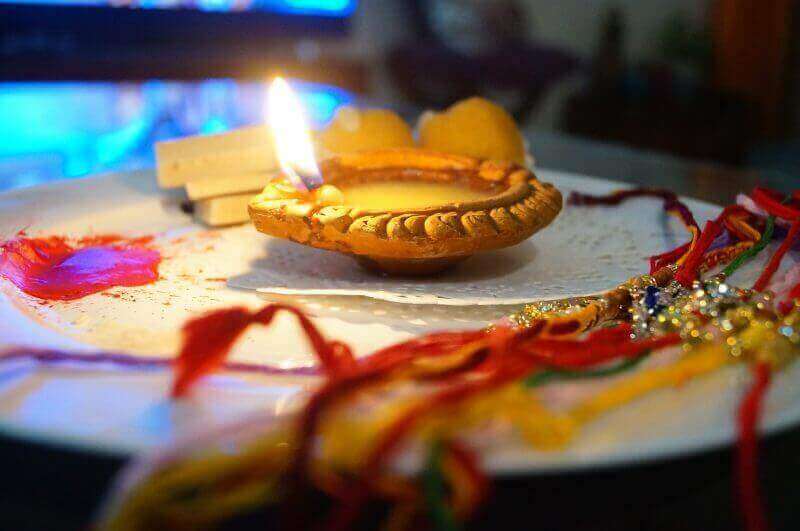 Rakshabandhan or Rakhi or Raksha Bandhan is one of the most celebrated festivals of India. It has a significant meaning in the life of every family and it unites and rejoices the eternal bond between siblings. Even though there are many disasters occurring in the world, people across India observe this festival with great loyalty. The year 2021 is passing with many difficulties, however, people are eagerly waiting for the upcoming festival Rakshabandhan 2021.

Raksha Bandhan also is known as Rakhi, a phenomenon that celebrates the cultural and traditional values of India. It is a festival that commemorates love among brothers and sisters. It is the reason after the popularity of this festival across the world. People celebrate the festival of Rakhi in many different ways and spread the joy of the relationship of siblings.

The worth of its impact influences people around the world to celebrate Raksha Bandhan. It is an annual ritual in Indian traditions that typically falls in the month of August. People believe it as the carnival of care, obligation, protection, and opulence.

Raksha Bandhan holds immense importance in the Hindu religion. The bond of sisters and brothers is extraordinary in every manner. On this day sister ties Rakhi (amulet) on their brother’s hand and prays for his prosperity. In return, brothers pledge for her protection.

This festival is made with two words. The first word is “Raksha” and the second is “Bandhan”. These words are in Sanskrit with the meaning “a knot of protection”.  The meaning derives the symbol of eternal love. The relationship between brother and sister doesn’t mean only blood relations. It includes a celebration with all the other cousins, Bua (fraternal aunt), Bhabhi (sister-in-law) and Bhatija (Nephew).

Alongside these relations, women from current time tie Rakhi to their sworn brothers. In this way, Raksha Bandha unites people from different places, castes, and religions. This is a festival that brings together people above from differences.

Talking about the physical existence, Rakhi is just a thread that embellishes the hand of brothers with infinite prosperity &accountability to protect sisters forever. This special festival gets its origin from centuries ago. There are various stories & events from history, we are describing a few below-

–  Tale of Indra Dev and Sachi

The story of Indra Dev and Sachi is one of the ancient tales and it comes from Bhavishya Purana.

In a battle with Gods and demons, the principal divinity of sky Lord Indra was fighting on the side of Gods. He rains and thunderbolts. The war did not come to an influential ending because of the powerful demon king Bali. When Lord Indra’s wife Sachi sees this, she goes to Lord Vishnu and he gives Sachi a holy bracelet made up of threads.

Sachi ties the thread around the wrist of Lord Indra and he finally wins the war and recovers Amaravati. The history says these threads to be amulets that were used by women in prayers. In the ancient days, these threads were not limited to the relationship between brothers and sisters.

The story of Goddess Lakshmi and King Bali is accounted for in Bhagavata Purana and Vishnu Purana. Once, Lord Vishnu wins the three worlds from the demon sovereign Bali. He has to stay beside Bali in the palace.

Goddess Lakshmi, wife of Lord Vishnu wants him to return to Vaikuntha. She visits the palace of Bali and ties Rakhi on his wrist. On asking about return & gift, she asks Bali to free her husband.  Bali agrees to the request and frees LordVishnu.

– The bond of Krishna and Draupadi

Their story is accounted for Mahabharata. Before the war begins, Kunti ties Rakhi to Arjuna’s son Abhimanyu and Draupadi ties a rakhi to Lord Krishna. In the era of Mahabharata, women tied Rakhi to brothers before they leave for war.

– An Epic story of Santoshi Maa

Shubh and Labh, sons of Lord Ganesha were not happy that they don’t have a sister. They kept asking for a sister from their father. Obliging to their request, Lord Ganesha created Santoshi Mata (Goddess Santoshi). She was a creation of divine flames on the occasion of Raksha Bandhan.

– Story of Yama and Yamuna

In accordance with the mythological tales, Yama was the Lord of Death. Yama did not meet his sister for 12 years. His sister the Yamuna was saddened with this. After advice from Ganga, Yama visits Yamuna’s house. Delighted with the hospitality offered by the Yamuna, Yama asks her for the return gift the Yamuna expressed the wish to see her brother again. Yama then makes her immortal so that she would meet him again.

His sister the Yamuna tied him Rakhi on his wrist for the first in the world. It blessed him with eternity. The festival of Rakhi is celebrated at that time. This incident gives the origin of the festival of “Bhai Dooj”.

The reason behind the Celebration of Rakshabandhan

There are numerous stories behind the celebration of Raksha Bandhan. People from different regions believe in different tales connected with Rakhi.

Men and women who are not biologically related also celebrate Rakhi because it is a festival to celebrate the love of siblings as well as sworn relations.

History of Celebration in India includes many stories.

In a battle between the army of the Greek king, Alexandar and the Hindu king Porus, wife of Alexander sends a sacred thread to King Porus. She asks Porus not to harm Alexander.

Porus gives full respect to her rakhi and restrains himself from attacking Alexander.

Chittor’s queen Karmavati sent a Rakhi to Humayun for protecting her from Bahadur Shah Zafar. Out of respect for Rakhi, Humayun turns back to carry his brotherly duty. Unfortunately, he arrives late after Chittor’s custom of Jauhar in which she immolates herself.

In 1905, at the time of partition of Bengal, Rabindranath Tagore uses the festival to give a call for spreading the national spirit and maintaining harmony among people of the country.

Just like other major Hindu festivals, the celebration of Raksha Bandhan takes place in numerous ways in different religions and regions.

This festival is celebrated majorly in the northern portion of the country. People from every family gather in the morning. Sister comes with a plate embellished with Diya (lamp), sweets, and Tilak. The Sister ties a rakhi on the hand of brother and he gives her gift in return. Countries like Nepal and Pakistan also celebrate Rakshabandhan.

In the Sikh community, the festival is celebrated by the name “Rakhardi”. They believe this day for the devotion of love & care shared by siblings.

In the Jain community, people observe this festival with ceremonial threads to the devotees.

Every family considers the festival of Raksha Bandhan a little more special because it brings together people out of their variations. It offers strength and affection. On this day siblings promise each other a bond of a lifetime with undying trust & loyalty. The festival of Rakshabandhan is a commemoration of purity, fondness, and devotion.

You may also read astounding stories of divine glance Lord Krishna and his birthday.

Rakshabandhan 2020 and Next Four Years

These were some major details about the festival of Rakshabandhan 2020 and you may also like to read about The Indian Festival of Swings.