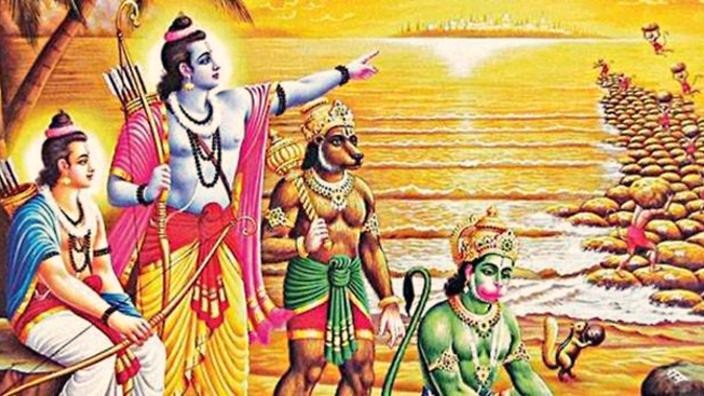 Ramayana has a special place in Hinduism because it gives grand details about evolution, expansion, and growth of life on earth. It also describes the birth of Lord Rama and Goddess Sita and the voyage they set in during their life. Most of the people know about the story of Ramayana and its grandeur. However, there are some mysterious Ramayana Facts that people hardly know. So, as Dussehra 2020 is almost here, it is about time for a sneak peek into these mysterious facts about Ramayana. Hop on to set the journey-

Lord Ram Had a Sister

Everyone knows about the offspring of King Dasharatha and that he had 4 sons. However, very few people know about it that Shri Ram also had a sister. His sister was older than all the brothers and her name was Shanta. It is heard that King Rompad of Anga had no children. Hence King Dasaratha gave his daughter Shanta to him.

Both King Rompad and his wife Varshini raised Shanta very well. They loved her very much and performed all the duties of parents. Shanta was married to the sage Rishyasringa.

Whose Incarnation Were All the Other Brothers of Ram?

The story of Ramayana describes the Lakshan Rekha or the line drawn by Lakshmana. This is the line that Lakshman draws around its hut in the forest. Goddess Sita asks Lord Ram to bring her the golden deer. However, it was demon Bareesh and Lord Ram kills him. At the time of death, he calls Lakshmana and Sita in the voice of Lord Rama.

Hearing this, Goddess Sita gets upset and asks Lakshmana to go to help her brother Rama. At first, Lakshaman refuses to listen to her request but after Goddess Sita asks furiously to Laksham, he agrees to leave.

Before he leaves, Lakshman draws a line and asks Goddess Sita not to cross this line.

For information, let us know that the description of the line drawn by Lakshmana is neither in the Valmiki Ramayana nor in the Ramcharit Manas. But in Ramcharitmanas, the wife of Ravana has mentioned this.

Ravana was the most powerful of all the demons and was the king of them all. He had great faith in Lord Shiva and it is also true that he had studied all the Vedas. Due to which he attained wisdom and became a scholar. Ravana loved playing the Veena but he never paid special attention to his art. The veena on his flag was inscribed as a symbol because he was an excellent veena player.

Rama sacrificed his life in the Saryu River

It is believed that Sita Mata immersed inside the earth and gave up her body. Upon this, Lord Rama also abandoned the earth after taking Jal samadhi in the Saryu river after that.

This tale comes from the time when Shri Ram returned to Ayodhya after 14 years and became the king. One day Yama Devta came to him to discuss a very important subject. Before starting the talk, Yama Devta asked Lord Rama to promise that no one shall come here during the talk between them. He also said if anyone comes here at that time, you will have to give them the death penalty. Lord Rama had pledged this to the Yama. He then told Lakshaman that during the conversation, no one shall come in. If anyone comes in, he will give them the death penalty.

The reason for Lord Ram Gave the death sentence to Lakshaman

Lakshmana becomes the gatekeeper but at the same time there comes the sage Durvasa and he asks to meet Lord Rama. On Lakshaman’s refusal, he becomes angry and asks to curse all Ayodhya. After listening to him, Lakshmana thought of sacrificing himself so that all Ayodhya residents could be saved. He went inside and informed Rama about the arrival of sage Durvasa.

On hearing this, Lakshman asked Shri Ram not to abandon him. He told Lord Rama that it would be better for me to embrace death than stay away from you. Upon this, with heavy heart, Lord Ram sacrificed Lakshaman.

So, these were some unpopular Ramayana Facts.

Also, you may like reading The Unsung Heroes Of Ramayana

Remedies to Please 9 Planets To Get Rid of Problems
Views: 35097