Know All About Sardar Patel Statue : Statue of Unity 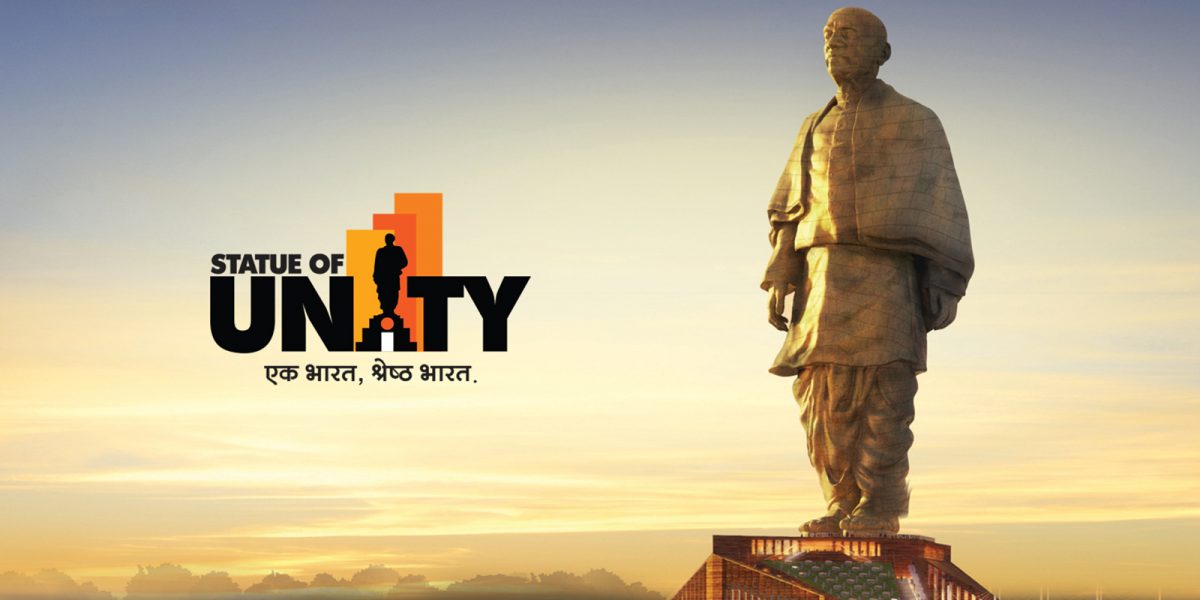 “Statue of Unity”, the world’s tallest statue, is nearly twice the height of the Statue of Liberty. This statue is located near the Narmada River, in the state of Gujarat on a small island called Sadhu Bet. It is a tribute to a great leader of India named Sardar Vallabhbhai Patel.

Sardar Patel, who played a special role in India’s freedom struggle, was also the first Home Minister and Deputy Prime Minister of the country. According to many people, the formation of India was possible due to his efforts. Sardar Patel was the most important person after Gandhi Ji from 1928 in the freedom struggle. About a year before of India’s independence, small princely states had begun to join together.

Being the Interim Home minister, Sardar Patel toured the entire country – from Kashmir to Jodhpur, Junabad to Junagadh to convince the kings and Nawabs to be part of the Union of India. Sardar Patel also referred to as Iron Man Of India. Due to unprecedented contribution in the creation of an independent country, he is also considered the creator of modern India

Foundation / Formation Of Statue Of Unity :

The dream of the Statue of Unity was first seen by the current Prime Minister Narendra Damodar Das Modi when he was the Chief Minister of Gujarat. Also, it was going to take years to build such a great level project, which would include arts, engineering and architectural crafts. In 2011, Sardar Vallabhbhai Patel National Integration Trust was set up. The beach named Sadhu Bet was chosen for the construction of the statue, which is also the birthplace of Sardar Patel.

The foundation of the project was laid on 31 October 2013. The cost of construction was about Rs 3000 crore/ USD 40-45 Million/ Euro 35-40 Million. Infrastructure company Larsen & Turbo was given its responsibility. The statue was inaugurated on 31 October 2018.

Architecture was presented by Ram. V. Sutra, Padma Bhushan Award winning sculptor. He had already designed more than 50 monuments. Also, in the construction over 250 engineers and 3,400 labourers were involved.

Statue of Unity is 182 Meters(597 ft.) high. Statue is divides into five zones. However, public is allowed to visit only three parts .

First Zone Contains a memorial garden and a museum, reflecting Sardar Patel contribution in Freedom of India. Second Zone reaches up to Patel’s thighs. Third reaches up to the viewing gallery at 153 metres. Next Zone is Maintenance Area. Fifth and last comprises the head and shoulders of the statue.

Statue was built to hold out against winds of up to 140 miles per hour and earthquakes of approx 6.5 Richter scale.

Statue of unity attracts around 9000 visitors per day. Visitors can make a tour of the flower valley, exhibition center and museum located around the site, before reaching up to the statue’s observation deck.

Open for visitors from 8 A.M to 6 P.M for 6 days. Closed on Monday for maintenance purpose.

Also, Food and beverages items are not allowed. But Water bottles are available at different points.

Types Of Tickets : 3 types of tickets are available.

Helicopter / Boat Ride : You can also enjoy a 10 min helicopter ride of Statue, tickets available on location for Rs. 2900 per person. Ride is available from 9:30 am to 1 hour before sunset on visiting days. Boat ride is also available for 1 hour in the Narmada river for Rs. 250 per person.

Statue Of Unity Vs World Iconic Statues : In Terms Of Height

Statue Of Unity is 54 meters (177 ft) higher than the previous record holder, the Spring Buddha Temple in China.