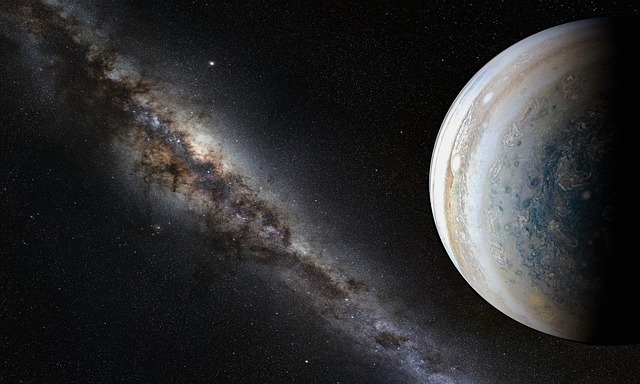 According to Vedic astrology, the Sun is the kingly planet. The sun represents the soul, authority, ego, the father, and self-confidence. Jupiter represents wealth, knowledge, and happiness. It also represents the teachers and guru’s in our lives. The Sun and Jupiter conjunction is considered very auspicious in Vedic Astrology. The Sun and Jupiter are masculine. This conjunction expands one’s self-confidence and authority. The natal feels very confident.

When the Sun and Jupiter conjunct in the first house, an individual has a high chance of joining the judicial services. They have high chances of rising to the High court or Supreme court. The native of this positioning has great chances of working in an International organization like the United Nations.

The native of this conjunction in the first house is generally a good looking person. They have a very attractive personality. They enjoy good health throughout their lives. The natives might face issues during childbirth.

The Sun and Jupiter Conjunction in the second house gives rise to a good looking individual. They look very sincere and attractive. They may assume themselves as their boss. The natives are very eloquent in speaking. Their voice has leadership qualities.

The natives of this conjunction in the second house generally have a royal and famous family. Often, their father is a very reputed and recognized person. The native might have a materialistic approach towards life and might suffer through mental stress.

This conjunction in the third house gives rise to an individual who is brave and full of self-respect. Even though they may be famous and reputed, they can be wicked. The native generally has good respect in society.

The natives of this conjunction in the third house may be wealthy and rich. They attain this wealth through their hard work. These individuals are very greedy. Competition turns out to be very successful for the natives. They are also good advisors.

The natives of this positioning of the planets are often wise and intelligent. They lead a wealthy and luxurious life throughout. The natives perform well in government jobs. They get profit from authority. They become very famous over time.

The native’s mother might have a royal and administrative nature. She is very spiritual and religious. These individuals generally attain their parental property. They are interested in economics and management.

If the sun and Jupiter conjunct in the fifth house, a person might face a delay in pursuing higher education. They might face problems with their children. The people around them think of them as a wise person. They are very knowledgeable. There is a high chance that they will work for the government.

When the sun and Jupiter conjunct in the sixth house, the native is very wise and brave. These individuals are great at handling various situations and converting them into their favor. They are victorious over their enemies. They are very good at administrative jobs.

These individuals are very humble and kind. They may be inclined towards accumulating wealth and work hard towards it. The native may face abdominal problems in the future. They also generally receive great support from their maternal uncle.

If the Sun and Jupiter conjunct in the seventh house, the native’s spouse might be dominating in nature. The spouse might not have a good relationship with their father. The native is kind-hearted and liberal. They are excellent at communicating with others and have great counseling abilities.

The native’s luck increases after their marriage. There might be issues in the marriage due to the ego of the native. Generally, the native has a very criticizing nature. They are interested in politics. They make very successful diplomats.

The effect of the Sun and Jupiter conjunction will bless the native with good communication skills. The native has a good peace of mind and happiness. They may be wealthy and rich and this wealth may be attained through some immoral ways. They have a lot of hidden knowledge that they hide from others.

The combination of the Sun and Jupiter can bring immense gains through business and trade to their native. They are blessed with a good married life and generally have a good authoritative position in life. They are spiritual and religious and may be inclined towards a new religious path.

A native of this conjunction in the ninth house seeks to gain knowledge about many subjects and also have an urge to teach others. They are optimistic and always show people the brighter side of a situation to others. Ethics and principles are very important to this person.

These individuals often have big dreams, but might fail to achieve them. They generally obey their father’s wishes. Their children have great qualities and are very virtuous, and might become very famous when they grow up.

The conjunction of the Sun and Jupiter in the tenth house makes the native have a good name and respect in society. They may be powerful and highly reputed. They generally lead a very comfortable and luxurious life.

The natives become successful in most of the fields. They are very active in act ivies related to social welfare. They are very hardworking and tend to gain many properties through their efforts. Additionally, they are also interested in the subject of politics.

When the Sun and Jupiter conjunct in the eleventh house, the native has good vitality and sound health throughout their lives. They are kind and helpful. They are very lucky with their friendships – they tend to have many loyal friends and good social friends circle.

The native of this position is generally very wealthy and leads a luxurious life. They get success easily in their lives, especially in the field of stock markets. They are very responsible individuals, especially regarding their families.

The natives of this conjunction in the twelfth house are very kind and charitable. They generally are associated with many religious organizations and NGOs. Also, they might have destructive thoughts and might lack morality. They can be narrow-minded and often use abusive language.

The natives of this combination might suffer from financial problems. They tend to develop stress due to money and could suffer losses in the business. They are very attached to their fathers.

Also, you may like reading about Sun & Venus Conjunction- Effect In Each House

Ideal Rakhi Gift For Your Sister During Pandemic
Views: 1465

Benefits of Reiki Healing for each Zodiac Sign
Views: 3818

The best hobbies for you – Discover through their zodiac sign
Views: 4407