The Disney Villain You Are Based On Your Zodiac Sign 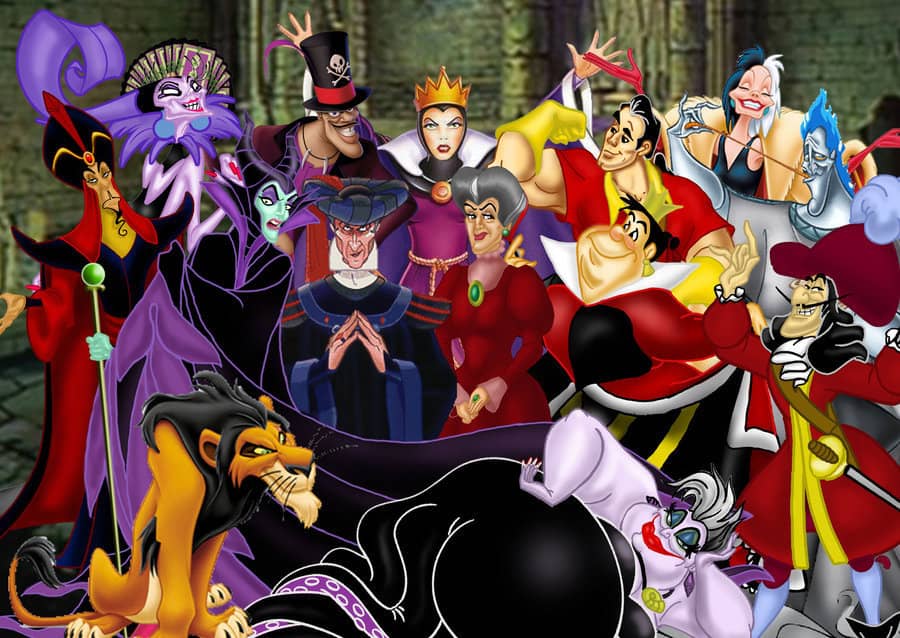 Do you know how addictive personality tests can be if you’ve ever taken a which Disney villain are you? quiz. Most of us have spent our childhood looking at Disney characters. Be it the Disney princesses or teen shows like That’s So Raven, Zack and Cody, and much more. The majority of us have followed these idols like crazy. Here we have got you the Disney villain based on your zodiac signs, who we never liked while watching our favorite shows but still were the characters we won’t ever forget.

Also Read: Zodiac Signs Who Love To Cook And Are Kitchen Experts

Well, Aries natives enjoy butting heads with people and frequently plunge headfirst into conflict. Thus for these people, the perfect evil personality of the Disney villain is Cruella De Vil. Remember how she used to mock Anita’s happiness with her life, referring to her home as a dream castle and her husband as Sir Galahad.

Cruella attempts to elicit a response, and she becomes irritated when she is not successful. Sounds like Aries people? No doubt, these people are utterly restless and possess a stubborn character. And this woman just made sure she tries snatching the puppies and fail 15 times. However, she gets up again the 16th time, trying to succeed again.

Taurus people are known as materialistic-minded people. This implies they wear gold watches and drink rich wines. But Amos Slade from “The Fox and the Hound” depicts a different kind of Taurus. He appreciates the material world, but he isn’t a believer in luxury.

Instead, he values basic pleasures with a more rustic and earthly aesthetic— which, according to astrology, is still very Taurus-like. Amos proclaims in one of the film’s songs that he’d rather have a dog than a dollar, which pretty well sums up the Taurus’s preference for simplicity. Of course, Amos is still very possessive of his car, demonstrating that he has a materialistic streak.

Geminis are experts at code-switching and are prone to adopting various identities depending on the situation. Some describe it as being two-faced, although all sides of a Gemini’s personality are equally truthful. “Wreck-It Ralph’s” King Candy is two-faced. And that’s the right Disney villain for Gemini people.

He appears to be a harmless, pink-loving buffoon to everyone in the arcade. However, Turbo, a megalomaniacal video game character who can’t take sharing the spotlight, is his true identity. Gemini likes to hide behind a grin, which makes people feel as if they can’t take anything seriously. We don’t blame any of the characters for not taking King Candy seriously. Who wouldn’t be terrified by a villain who cracks a joke in the middle of a threat? That’s the brilliance of King Candy’s character: no one recognizes he’s a true threat.

Also Read: The Prettiest Zodiac Signs And Their Most Attractive Trait

People born under the Cancer zodiac sign, like their pinchy namesake, have a hard time letting go. Long John Silver’s desire to find Captain Flint’s riches encircles by his pincers. In the finale, he physically let go of his lifetime desire to save Jim, with his bionic arm clamped onto a boat full of wealth.

Following that, the positive Cancer characteristics, such as enormous generosity, begin to shine through. Silver throws Jim some gold coins— all that’s left of his priceless treasure. He may have started the fire in the first place, but it’s the thought that counts, just like the Cancer natives’ cold but sweet nature.

Of all the Disney villains, the one who best represents Leos isn’t from “The Lion King.” Gaston from “Beauty and the Beast” is who he is. Other people are drawn to Leos and will follow them wherever they go. It’s no surprise, then, that Gaston can readily marshal an enraged throng.

Furthermore, it’s no secret that Gaston enjoys admiring himself in the mirror, as vanity is a common Leo flaw. Self-doubt can often bring out the worst in Leos, resulting in jealousy and passionate rivalry. When he observes Belle making moony eyes at her captor-lover, his strategy shifts from blackmailing Belle to murdering the Beast.

Frollo from “The Hunchback of Notre Dame” epitomizes the perfectionism of a Virgo. They tend to exaggerate little issues, and they might sometimes worry themselves to death. As a result, these natives have a habit to lose sleep.

Amongst the Disney villains, he is the one who knows what they are doing is bad and enjoys it is perfect for Virgo people. It’s practically unheard of to witness a Disney villain who is both of these things at the same time. And, on top of that, after doing everything they feel guilty because they are wrong. Much like Virgos, isn’t it?

Also Read: Zodiac Signs Who Are Mentally Strong, According To Astrology

Libras are the most polite of all the zodiac signs. And, to be fair, Jafar from “Aladdin” would be an excellent diplomat. He’s persuasive, flexible, and patient beyond belief. He performs a lot of kowtowing to the Sultan before finally getting his chance to depose him.

Almost every line has jabs from Jafar. Jafar says he’s euphoric in the least ecstatic way conceivable as the Sultan introduces him to Aladdin. Jafar again offers Aladdin a prize for his assistance, only to clarify that he meant an everlasting reward.

Scar from “The Lion King” is one of the greatest Disney villain of all time, and he shares many characteristics with the Scorpion. Scar is magnetic, manipulative, and seductive— all characteristics associated with Scorpio. Scorpios frequently identify as underdogs. Keep in mind that Scar is the frail and sickly one who could never defeat his sibling in a fair fight. As a result, they sympathize with other outcasts, such as the hyenas exiled from the Pride Lands.

There’s no canonical evidence that Scar was ever loyal to his brother, but it’s easy to imagine him once admiring Mufasa and then being bitter over it. Scar would have been prepared to let his brother take the throne first as long as he was next in line. When Mufasa has children, the Scar might feel he’s broken a promise. And if there’s one thing a Scorpio despises, it’s a promise that hasn’t been kept.

Sagittarius, the Archer, is a self-assured sign, and Shan Yu from “Mulan” is no exception. We can tell Shan Yu thinks he’s unstoppable from the prologue. Shan Yu is unconcerned even if a soldier gets to send out a distress signal before the Huns capture the Great Wall.

Shan Yu’s self-assurance grows throughout the film, even as his odds of triumph dwindle. He deserves praise for his bravery. And his trailblazing spirit and refusal to quit up even when a Disney princess dumps several tonnes of snow on his head would have made him a superb hero under different circumstances.

Also Read: Most To Least Spiritual Zodiac Signs Ranked As Per Astrology

In “The Princess and the Frog,” Dr. Facilier’s villain song gets one thing right: he can look deep into your heart and soul. And, that is exactly, Capricorn. They can assess you and know exactly what you want right away, just like Dr. Facilier.

In The Princess and the Frog, there’s a sequence that goes to the heart of this Disney villain. Goats are pragmatists who quickly accept and move on from hard realities. It demonstrates when Dr. Facilier concedes that no amount of voodoo will earn him respect.

The Water Bearers are unconcerned with social standards and aren’t afraid to offend or cause a ruckus if they feel betrayed. Maleficent from “Sleeping Beauty” is the ideal match. She is a blatant party pooper who relishes every second of it.

Aquarians are known for continuously questioning the status quo. This might very well explain Maleficent if you extrapolate a little. What kind of world is it, she wonders, when exquisite noblemen and joyful fairies get an invitation to venerate the newborn princess. However, unconventional ladies such as Maleficent are purposefully excluded? Let’s face it, we all are a little squeamish. Although she is a villain, she does have a point.

It’s difficult to come up with a Disney villain for Pisces. So, what kind of Disney villain would someone born under the sign of the Two Fishes be? Patrick Warburton provides the voice of Kronk. In “The Emperor’s New Groove,” he isn’t the main adversary, and some may argue that he isn’t even a villain— in fact, many fans might root for him.

However, because he is Yzma’s servant in the story, we believe he is the closest Pisces comes to being a villain. Kronk, a real Pisces Disney villain, is so dedicated to others that he lets others walk all over him at times, for Yzma uses him as a step stool.

The most suitable soulmate for each zodiac sign
Views: 6669

The best workouts for each zodiac sign in astrology
Views: 2504

6 zodiac signs that are good in studies
Views: 4422