Valmiki Jayanti 2021- From Bandit to Maharishi 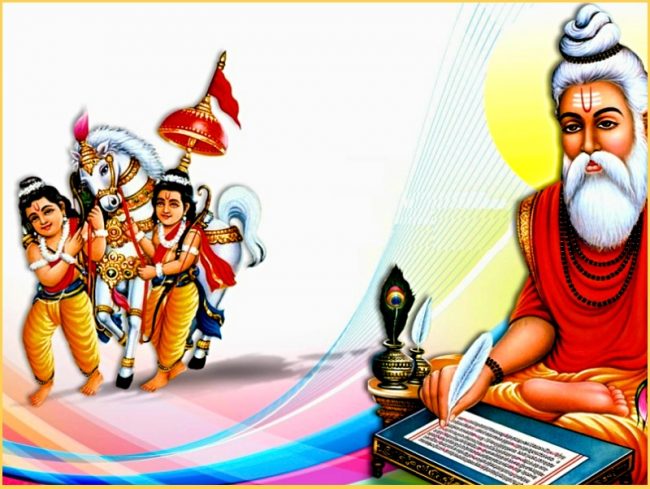 A bandit, an author, a sage, and a Hindu legend, Maharishi Valmiki has all of these tags and he wore them with both proud and grateful. Therefore, the world celebrates the occasion of his birth anniversary in the form of Valmiki Jayanti.

According to the Hindu calendar, the festival of Valmiki Jayanti takes place on the full moon day i.e. Purnima Tithi of Ashvin Maah (month). However, in the Gregorian calendar, the date typically falls in the month of September or October.

Maharishi Valmiki had knowledge of many languages and is also regarded as a writer and poet. He distinguished himself as an Adi poet by writing Ramayana, the first epic of the world. Thus, as an annual Indian religious celebration and gathering, this festival celebrates the wisdom of the ancient Hindu era and expresses gratefulness towards the sacred Hindu writings.

In the words of ancient Indian artist and sage, sage Valmiki lived around 500 BC. The celebration of Valmiki Jayanti occurs in accordance with the Indian lunar schedule.

Maharishi Valmiki is the author of the Hindu heritage Epic, Ramayana. Hence, he is a loved creator and poet of the nation. Devotees also call him an Avatar of God. His contribution doesn’t limit to just writing the Ramayana but he himself shows up as praiseworthy character that of “Muni” who shelters goddess Sita after Lord Rama tells her to leave the Kingdom of Ayodhya. Also, he becomes the instructor of her twin children Luv and Kush.

The Ramayana written by Valmiki has the archetypal Indian verbal tradition verse, rhyming couplets, and lyrics. It is composed of 24,000 Shlokas and 7 Cantos Kandas.

The occasion of Valmiki Jayanti is dedicated to the saints, authors, and poets. One may observe grad processions carried by people in the honor of Maharishi Valmiki. Also, this day is to celebrate the wisdom of poets and respect their wisdom. Devotees from the corner of the nation pray for poetic wisdom and worship sage Valmiki.

Alongside this, on this day devotees organize the program of reciting Ramaya at their homes and in the temple of Lord Rama and Goddess Sita. Also, there are numerous temples of Maharishi Valmiki which observes enormous level decoration, Bhandara and a good number of people come to worship and pray.

Mythological Reasons behind the Celebration of Valmiki Jayanti

With a great religious and historic significance, each year the Hindus celebrate the festival of Valmiki Jayanti. It is a tribute to the sage who conquered his limitations and wrote history by his teachings and writings.

In points of facts of Vishnudharmottara Purana, Maharishi Valmiki takes birth in the Treta Yuga. He is an incarnation of Brahma. After living the life of a bandit, Valmiki went under penance for a long period.

Afterward, he takes birth in the form of Tulsidas, author of Ramcharitmana in the Awadhi-Hindi language version of the Ramayana.

Valmiki- From Bandit to Maharishi

Valmiki was known as Ratnakar before becoming Maharishi and used to steal to serve the family. He took part in a number of terrible loot from the passerby near a forest which locates on a fine distance from Valmiki’s house.

Once Ratnakar found Narada Muni in the forest and tried to rob him. Upon this, Naradji asked Ratnakar that why do you do this frivolous job, to which Ratnakar replied that to raise his family.

Narada asked on this that whatever crime you commit and the family for which you commit so much crime, would they be willing to be part of your sins? Upon this, Ratnakar goes to his home and asks each of his family members for the answer to this question. However, his wife, mother, and father refuse to be a part of his sins.

He was shocked by their answers. Afterward, he returns to Narad Muni who says if your parents, does not want to be your partner in this project, then why are you committing this sin for them?

Hearing this, he grabbed Narada’s feet and quit the robber’s life and became engrossed in penance. Narada Ji guided Valmiki to the knowledge of the truth.

Also, Narada taught him chanting Rama-naam’s. However, he was unable to pronounce Rama’s name, therefore Narad Muni contemplated and instructed him to chant “Mara-Mara”, and as soon as he recited the same Rama and constantly chanted, he became Maharishi Valmiki.

The celebration observes an optional holiday in the nation. Numerous firms/businesses close on this occasion and many remain open. However, schools declare it a holiday. In general, there is a system of flexible time off in many workplaces to celebrate the holiday.

Thus, one may celebrate the festival with family, society, and friends. On the occasion of Valmiki Jayanti, devotees may visit the 1300 years old temple Thiruvanmiyur, in Chennai on the name of Valmiki, Thiru-Valmiki-Oor.

Hindustan and its festival are all about the delicious food on the table. So, to add a charm to the festival of Valmiki Jayanti, here are some amazing food ideas for everyone.

Valmiki Jayanti 2021 and Next Four Years

This year, the festival of Valmiki Jayanti falls on Saturday, 31st October.

These were some major facts and information about the Hindu festival of Valmiki Jayanti and you may also like to read about Karva Chauth 2019- Unique Offerings and Celebration.