Ventures that Prove YRF is the Actual King of Bollywood 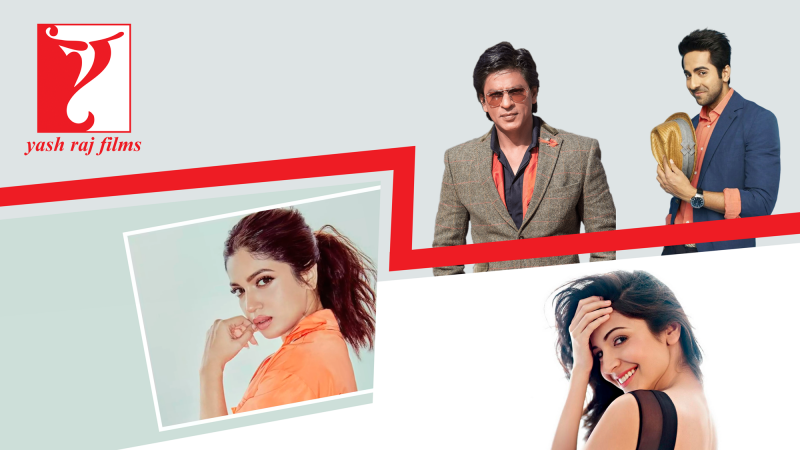 For an introduction, YRF, a production house started by one of our beloved filmmakers, Yash Chopra in 1970. Despite the films, there are far more reasons to love YRF.

As I witnessed a good number of great films going flop, for the last few years, I have a constant question in my mind “what works for the Audience?” Therfore, today I couldn’t stop myself from writing about the production house that introduced us to many great things in Bollywood.

The best way to commence with sketching my words for YRF is to mentioning the popular faces who got the chance they deserved by Yash Raj only.

On the other hand, Yash Raj offers hope to talent from outside the industry. The very talented actors such as Anushka Sharma, Ranveer Singh, Bhumi Pednekar, Shashank Arora, Tahir Raj Bhasin, Shivani Raghuvanshi, Shamita Shetty, Vaani Kapoor, Parineeti Chopra and many more were introduced to audiences on-screen by Yash Raj only.

And Of course, the deadly duo of the ’90s and 2000s Yash Chopra and Shah Rukh Khan. It all begins in the year 1993 with the ultimate successful venture Darr. Further, we all know how it became a ritual and formula for successful films for King Khan.

Moreover, if we talk about the last decade, chances offered by Yash Raj to our favorite Ayushmann Khurrana allowed the audience both to praise his worth. Among the repetitive content, the not-so-successful on Box-office “Dum Laga Ke Haisha” is still a cinematic gem of freshness.

As far as I understand this film, it stands as one of the best VFX’s work in Bollywood. The first half of the film has a wonderful story of leading Bollywood actor Fan and he falls into the hands of policemen and faces the cruel nature of his ideal hero. However, the second half falls a little weak and the over the top sequences become boring for audiences.

Also, one of the major reasons why it couldn’t make a hit is because people couldn’t bear their king of romance Shah Rukh Khan in a negative and aggressive role.

A film so well crafted and directed goes flop for a few reasons like not so popular face and weak marketing. Dibakar Banerjee is one of the most celebrated Bollywood directors. However, even after the magical initial attack of film, purely mesmerizing shots of films, a fine story failed to impress the audiences. Thus, it was a flop again, because the Indian Audience prefers watching shows like Bigg Boss 13 and films like Dabangg 3 instead of the innovative content.

I know, there was a lot to dislike this film like the not-so-connecting character of Parineeti Chopra and the initial conflicts in the film. On the other hand, the beautiful narration by Suprotim Sengupta and performed by Ayushmann Khurrana, the crazy Bengali family scenes from Abhimanyu Roy’s home, and his own character feel so relatable in our everyday life.

The Best Ventures of YRF

Over 4 decades and a huge number of films of numerous genres, it becomes a little difficult to mention a few best. However, according to my choice of films, I have mentioned some below.

There are uncountable reasons to love Veer Zaara. The refreshing music, beautiful scenic views from rural India, unique story, and at the same time heartwarming and heart-wrenching love story make it an unforgettable venture by YRF.

The entire acting career of SRK on one side and that one reaction from Chak De! India after the team India wins the match, on the other side. I have no idea how many times I’ve already watched the film, I still get goosebumps when the screen appears with Shah Rukh Khan. Moreover, the film was indeed a charm created by all three, the actor, director, and producer.

I’d definitely mention the Mardaani 2 as one of the most moving films of recent times. The films simply offer a spine-chilling horror and commendable representation of a disgusting outer form.

Darr, a Psychological romantic thriller film produced and directed by Yash Chopra in Yash Raj Films production even inspired Hollywood directors to remake it with the name Fear.

YRF as the Actual King of Bollywood

There are many reasons for loving YRF. However, I Note a few below-

In a show, Aditya Chopra said bluntly about Ranveer Singh “You do not have a hero’s face. However, the acting abilities you possess compels me to cast you in my films.” Furthermore, in a recent press conference amid promotions of Panipat, actor Arjun Kapoor stated: “Aditya Chopra rejected me many times. He said I don’t have the skill set of a commendable actor. Later, as he saw me working relentlessly on the set, he agreed to cast me in Ishaqzaade.”

Thus, the choices of the production house clearly rely on the efforts of a person rather than just the looks and belongings.

We love a lot of films produced by Dharma Productions like Kuch Kuch Hota Hai, My Name Is Khan, and Student Of The Year 2 (lol). However, does the owner & team hold any importance regarding the content and talent? On the other hand, the YRF goes off-track nepotism to offer the audiences with new faces commonly.

Why? Why YRF offer so much spin of new faces when they have Rani Mukerji?

This very part of YRF makes me its fan. Here, I feel like YRF says, what if you fail at once due to one reason, we offer you two more chances to prove the passion and attain success.

Even after being an outsider, actors such as Ranveer Singh, Vaani Kapoor, Anushka Sharma, Ayushmann Khurrana, Bhumi Pednekar were offered three blockbuster films by YRF to prove their worth. On the other hand, Tahir Raj Bhasin and Shashank Arora were offered great roles in their respective films.

However, there are a few actors like Anushka Sharma who deny that they signed a three-film contract with YRF. She continued her journey with the consecutive films with the production house that are,

– Innovations and Freedom for cinema

I wonder why no one on the earth doesn’t praise for all those off-beat projects by YRF. Films like Darr, Chak De! India, New York Rocket Singh: Salesman of the Year, Band Baaja Baaraat, Aurangzeb, Fan, Titli, Mardaani Franchise, Detective Byomkesh Bakshy, and Hichki have a lot of freshness for the audience that went into vain.

As strange as it may seem, but the audience somewhat goes with the flow of what one popular voice says. Why do people ignore the fact Yash Raj’s house even made Salman Khan perform in the movie Sultan better than most of his films till date.

People call Shah Rukh Khan the King Of Romance. However, I have a slightly different point of view to which I believe he would agree too. After 4 decades, YRF remains the King Of Romance. Indian cinema produces most of the film in the Genre of Romance and Drama. Learned by who?

So, can we imagine our childhood and past life by skipping on these films?

I hope you had a good read, also click here to know about 2020 New Year Celebration Ideas- Chill in Breath-taking Skywalks

Remedies to Please 9 Planets To Get Rid of Problems
Views: 29917