Why do farmers burn stubble? the words of farmers 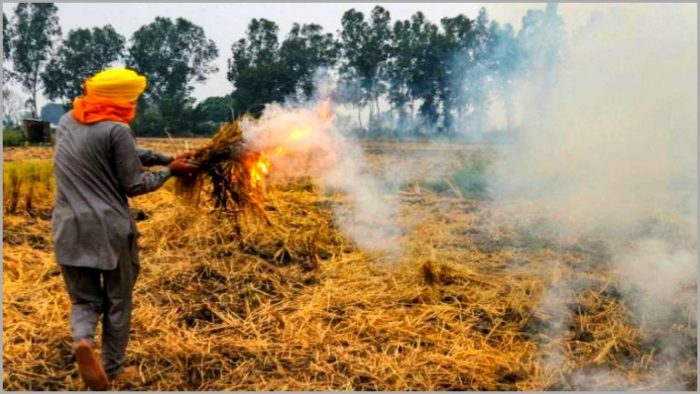 Delhi is choking, Delhi can’t breathe, Help Delhi and so many more such rallying cry kissed the mouth of many in the past few days. People nevertheless blamed farmers, folks who burn crackers on Diwali 2019, and likewise. The stubble burning, when applied to substitutes ploughing the stubble back into the ground and harvesting it for industrial uses, has a variety of environmental consequences and effects. Thus, one of the major consequences lead by the stubble burn is air pollution in Delhi right after the capital of India celebrated the festival of Diwali.

Thus, one of the major consequences lead by the stubble burn is air pollution in Delhi right after the capital of India celebrated the festival of Diwali.

Amid debates over the harmful consequences that Delhi folks have suffered for a long time, among the ruling party, opposition, and contributors of the Indian Economy & environment, none offered a satisfactory solution.

Today, I have the same topic to discuss, nevertheless from multiple points of view. Let us begin from the very basic and very important points.

Why do Famers Burn stubble?

In between the headlines of popular news channels and newspapers, farmers of Punjab and Haryana who alleged the Government of India for no support over the case of Stubble burn in the Supreme Court of India have now begun to set the fields on fire post-harvest as an act of rebels and unruly. However, the food givers also have their own part of the debate.

Traditionally, farmers used to cut the crops by their own hands. However, as technology develops the methods develop too. As a result, farmers replace the cutting of crops from hand to machine. Thus, Traditional farming practice and converting the stubble into the straw ends by the method of burning stubble.

In addition, the majority of Punjab and Haryana farmers harvest Dhan/grain. Afterward, they aim to begin for the cultivation of Mustard. Thus, they don’t use pesticides and perform stubble burning as a quick and beneficial method.

In general time, wind normally flows from the direction of Himalayas however, during this time, the wind doesn’t compensate in the same way. Thus, it could not carry away the smoke from the fields. It results in SMOG.

One of the major reasons that farmers of Punjab and Haryana don’t desire to rest their process of renewing the cultivation is that the government of India allows the water supply for straight one month that is October-November that halts till the next March. The farmers demand the supply of water to extend to December-January.

It will instantaneously motivate farmers for NO STUBBLE BURN and control on SMOG as they’ll get time to use pesticides which will help the soil to stay in healthy condition for cultivation again.

Here’s what Farmers have to say on stubble burning

Since the year 2010, the problem of SMOG had a frequent position in the capital city. However, many measures taken by the government of India in favor of both farmers and the environment put end to the SMOG 2014-17. By the same consequent years, the government opened the gate for farmers to easy access to knowledge and free high-quality pesticides for the betterment of the field. This somehow stopped in 2017 resulting directly into uncontrollable SMOG for the past three years.

In words of farmers, “the season of Parali is more of a festival for the farmers. Entire farmer community rejoices in this season. However, since the past few years, the entire community takes the blame for severe air pollution in big cities like Delhi. Further, not a single person understands that the available solution i.e. Thresher machine is an unaffordable asset for ordinary farmers and they could not access this expensive resource through their small pockets. Also, machines like chopper & multure are not permanent solutions. Only chaff machines are solution that would benefit both farmers and the environment.”

Furthermore, as Paddy stubble processing machines are not affordable. farmers request the government to avail the chaff machines to farmers as a proper solution for solving the problem. However, the Government of India has ordered farmers to put an end to stubble burn and purchase the machines. Thus farmers have two questions-

So, the government of India, any ears?

Does the Burn take place anywhere else?

Yes. The stubble burning is not a newly launched theme. Uncountable farmers across the country practice this as one of the farming rituals every year. However, there still are many farmers who don’t prefer this system to get rid of the waste. Not just in India but in many other countries, the practice of stubble burning is prohibited by the Government to invade an increase in pollution and risk of wide & uncontrollable fire.

In different Indian regions, burn occurs in accordance with the time of amalgamation of moisture and dust particles that offer the profitable result to farmers in cultivation and good harvest.

Here’s what my friend and a young journalist, Utkarsh Awasthi has to say “Stubble combustion isn’t something new for both the country and its people. This system takes place in all the farming regions of India. Besides, in the other states than Punjab and Haryana that are situated right next to the capital of India, have a problematic timing for the burn which falls amidst Diwali when people are already burning enough crackers to toxicate the air. Thus, farmers of Punjab and Haryana could limit the pollution level by completing the ritual in some other month expect the same as Diwali.”

Furthermore, in our discussion, he adds, “As we know, farmers have their due anger as they are the ann-data (Food giver) of the country and are often mistreated, mislead for prices and ignored. Thus, to lay a helping hand, rather than just stating a stay order on stubble burn, the government should actually provide solutions to the farmers.”

By the same token, in my discussion with a senior colleague Prashant, he says, “I think farmers of the country deserve better solutions as they are the part of the population who offer all the food the rest. In this case, the best that the government should do is avail the thresher machine to farmers at a lower rate than the actual price. It will both suit the government & farmers and save the environment from the deadly SMOKE in Delhi every year.

In addition, I’d also thank him for explaining the concept of Parali. Well, for now, we can only wait for the possible help that government draws for the farmers. At the end of the conversation, I’d just say that both sides of the coin hold their own situations.

These were a few points to explain about the situation of Parali and air pollution in Delhi. Also, you may like to read about Who will be the chief minister of Delhi election 2020.

Consult the Best Astrologer of India for Horoscope Prediction 2020.

Remedies to Please 9 Planets To Get Rid of Problems
Views: 24930