Will Sidharth Malhotra Be Lucky in Love & Career in 2023? Know the Astrologers Prediction on His Birthday 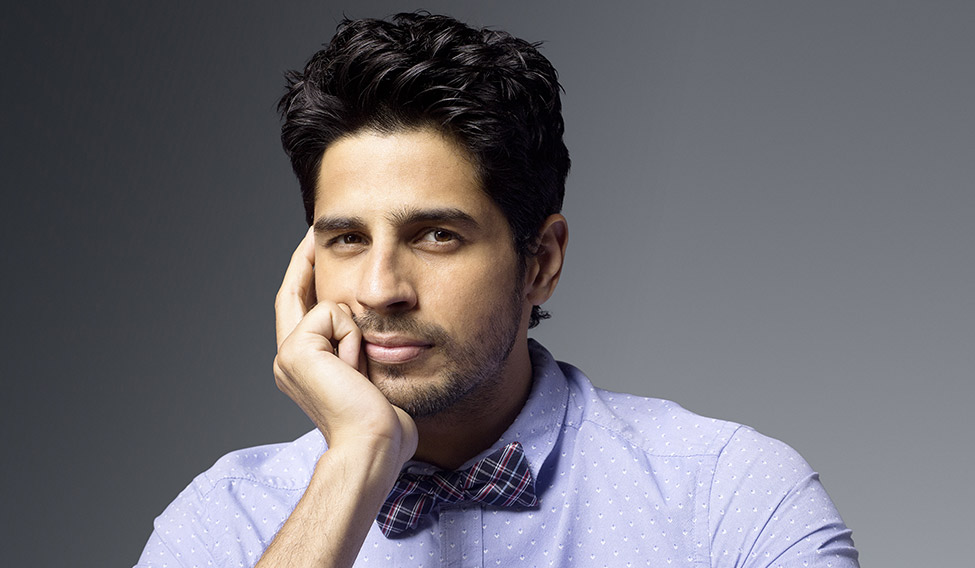 The most eligible bachelor and one of the most successful actors in Bollywood, Sidharth Malhotra, is about to turn 38 this year. But the man is a hot topic in the eyes of the people for multiple reasons. Let us know more about the award-winning star of Bollywood along with his Kundli and horoscope in 2023.

He is an expert at winning everybody and their hearts. Some people believe the way he keeps some secrets in his life is one of the keys to his success. With strong willpower, the actor has a charismatic personality and physical appeal. With outstanding work in movies like Student of the Year, Hasee Toh Phasee, Ek Villain, Shershaah, and many more, Sidharth has built a future that nobody will ever forget.

According to the horoscope of Sidharth Malhotra, he is a Taurus ascendant. Planet Sun is in the 9th house along with Jupiter. The Moon is in the 7th house with Saturn, and Venus occupies the 10th house with Mars. Meanwhile, Mercury is in the 8th house. Rahu and Ketu govern the 1st and 7th houses, respectively.

Sun in the 9th house

In his Kundli, Sun occupies the Capricorn sign and 9th house. It makes the native courageous, strong, and confident. Moreover, he will get happiness from the people around him. Not only will he be wealthy, but also become a person with high status and an appreciating persona.

Moon in the 7th house

With this placement of the Moon in the horoscope and the Scorpio zodiac sign, Sidharth becomes a person of good health. His attitude is a point to note as it would help in his personality development. Even though his Moon is debilitating, he is capable of making a great name in a foreign land too.

Venus in the 10th house

Venus in Sidharth Malhotra Kundli is in the Aquarius sign and 10th house. Here, Venus provides luxury and high status in life. He possesses fame and fortune with hard work. Moreover, as favourable results, it provides him with great heights in his professional life. And in Venus Dasha, he shall enjoy extreme happiness and live a life away from problems and hindrances.

Also Read: Hrithik Roshan Birthday Predictions: How 2023 Will Be For The Greek God of Bollywood?

Jupiter in the 9th house

Jupiter is in the Capricorn zodiac sign and the 9th house. With such a position, he becomes a big wanderer. Settling in the native place might become hard, and there could be a minor possibility of selfish nature and inconsistency with fame and professional growth. On the good part, this behaviour becomes a growth factor. However, on the other hand, it makes him a loner from time to time.

Mars in the 10th house

In the horoscope of Sidharth Malhotra, Mars is in the 10th house and Aquarius zodiac sign. With such a planetary position, the native become long-lived, and gains come from the right deeds. Professionally, things work well, and the comfort of conveyance is possible too. Serving parents is a priority, and support from them comes from within. Parental wealth could be a possibility, but enmities might be there in work.

Mercury in the 8th house

Organised, good looks, performance, and wonderful orator skills. Mercury is in the 8th house and Sagittarius zodiac sign. Hence, it gives Sidharth Malhotra all these abilities and talents. Persona-wise, he is honest and well-maintained. His looks and well-built personality matter a lot and enhance longevity for him. There is great yoga for well-developed performance skills and a learned man in the middle ages of his life.

Saturn in the 7th house

Happiness may not be an easy task with Saturn in the 7th house and the Scorpio zodiac sign. To attain it, Sidharth has to work hard and become an easy person in emotional ups and downs. Health might sway around the later ages of life, but overall a well-developed life is on the charts. According to Sidharth Malhotra Kundli, sweet, favourable love life is there. A strong affection surrounds him (around the middle ages), and the same could become possible that such an influence could tie them into a marital knot.

Rahu in the 1st house

Mixed results are what this planetary position attracts in the life of Sidharth Malhotra. When Rahu sits in the 1st house in the Taurus zodiac sign, he attracts positive relationships but with some Drama. Luck covers his life, but worries and anxieties do the same too. In different stages of his life, spiritual deeds would save him. Little efforts will make a big difference too in the same. Nature becomes clever, but the heart becomes soft and clean with the years passing.

Ketu in the 7th house

Ketu in the Scorpio zodiac sign and the 7th house leads to high chances of travelling and satisfaction in marital life. Personality will praise the people around but a few ups and downs could lead to deficiency-like troubles. Hard efforts and standards become a vital point in life and feel a strong connection with parents, kids, and spouse post-marriage.

Planetary Dasha of Sidharth Malhotra in 2023

Currently, Sidharth is under the Ketu Mahadasha and Moon Antardasha. If the condition is exalted and forms an aspect with auspicious planets, situations will be immensely favourable for him. In general, this Dasha provides the native with happiness and wealth with a tinge of recognition in life. Enemies stay away. However, on the other hand, emotionally, things can get a bit out of control for a certain period as Dasha moves ahead.

Let us see how 2023 will be for Sidharth Malhotra in his personal and professional life.

As per the horoscope of Sidharth Malhotra in 2023, Dasha will be extremely favourable for him. There would be many projects in line. Especially his movie, Mission Majnu, about to release on January 19, three days after his birthday, will be a successful project for his career. Sidharth will see a positive aspect of Venus, Mercury, and Mars as well. It will get him the kind of recognition he was waiting for after his project Shershaash. He saw some failures after that, but this upcoming movie with Rashmika Mandanna will be one of the most exciting projects he can count on.

Later in the year, he will have another release— Yodha. Being in the same, there could be some mixed possibilities for him on this one. Our astrologers strongly suggest he should pick projects wisely because it is the Mahadasha of Ketu, and only wise choices will make him win and overcome any obstacles in his life. In the long run, Sidharth Malhotra will be a successful actor. His picks and support from his close people will win the hearts of his fans. So, a great time is waiting for the superstar!

On one hand, the actor has big plans for his professional life. However, on the other hand, a lot is going on in his personal life. As per the predictions, Sidharth Malhotra is under the influence of Ketu Mahadasha but with Moon and Mars Antardasha in the year. It will help him get love and romance in life. Things might become good for him in his personal life. In fact, according to our astrologers, there is a big possibility that he might get married. Since he is rumoured to date actress Kiara Advani and as per the horoscope, the actress is a Leo person and matches well with a man with the Capricorn sign (Western astrology). Hence, there is a high possibility that they both might get married soon.

Even though Sidharth Malhotra and Kiara Advani together never passed a statement in public, their compatibility and the stars together say a whole different story. However, they would give their professional life a bigger priority than their personal lives. Also, the Mars Antardasha in the horoscope of Sidharth Malhotra can become a reason for hindrance, and situations might get delayed for the couple.

Health issues might confront Sidharth in 2023. His Kundli foretells that he could feel some anxiety-related issues under the Antardasha of Mars. However, the actor must not worry as, according to his health horoscope in 2023, he will stay away from casualties. But, as a precaution, he must make sure to become choosy about his food choices and work schedule because this would decide his fate for his well-being in the year ahead.

In all, the actor is all set to light up Bollywood with some of his great acting projects. So, fans, be ready!

Meanwhile, Happy Birthday, Sidharth Malhotra, and have a blissful year ahead.

6 Nerdy Zodiac Signs Who Are Intellectuals And Big-Time Geeks
Views: 3471

8 Things To Look For In Your Partner's Birth Chart Before Marriage
Views: 5961

Will Sidharth Malhotra Be Lucky in Love & Career in 2023? Know the Astrologers Prediction on His Birthday
Views: 12230