Are We Really Moving Towards World War 3? 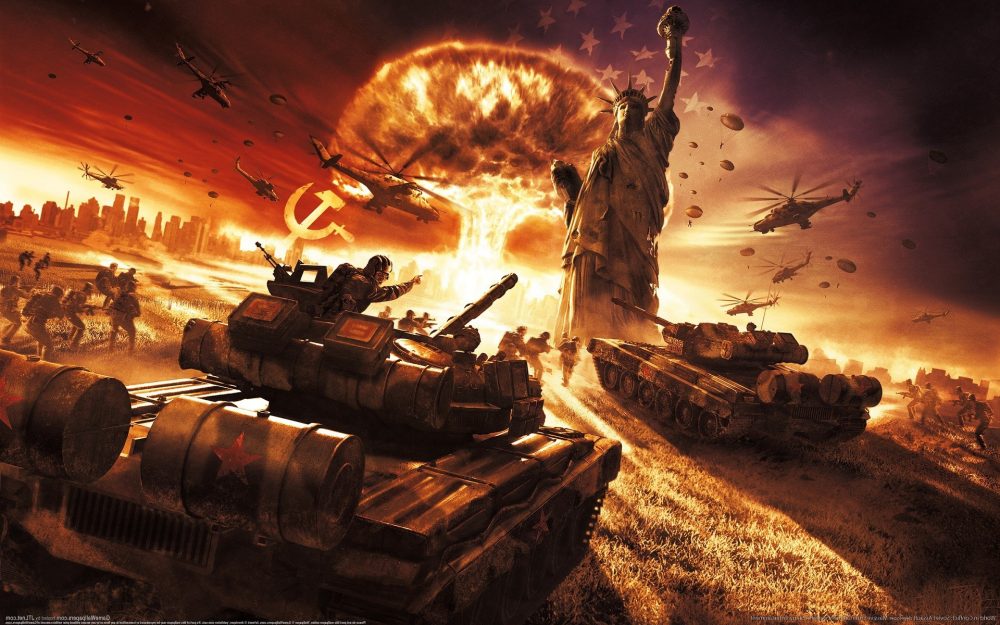 2020 has just started and it has created a lot of disturbance and chaos all around the world. From the very first day of 2020, it seems like the world is going to see something really unexpected that will completely change the face of the world. In the past, we have seen many events such as World War 1, World War 2 and many other World-changing events. In fact, World War 2 was also known as “the War to end all Wars”. It was also believed that conflict of such a huge magnitude will never happen again. However, what we are seeing presently, it looks like World War 3 is on the cards.

World War 3 will be a Global and Worldwide Military War and if it happens it will seize over all the countries of the world. So, in this context lets talk about the possibilities of World War 3, reasons, countries that will be a part of it, outcomes and Are We Really Moving Towards World War 3?

Tension Between America and Iran

No doubt, the ongoing tension between America and Iran will be a major reason for the outbreak of World War 3 if it happens. On January 3, 2020, Iran’s top general Qasem Soleimani was killed by an airstrike at Baghdad airport.

US President Donald Trump ordered Soleimani’s “killing” after a group of Iraqi militia members tried to attack the US embassy in Iraq.

The 63-year-old Qasem Soleimani was the General of Revolutionary forces and the second most important person of Iran after Supreme Leader Ali Khamenei. According to the sources, Soleimani was an elite terrorist and was developing plans to attack American diplomats and service members in Iran.

The killing has led to the massive agitation and fuelled chances of World War 3. In fact, #WorldWar3 was trending on Twitter for consecutive 19 hours.

While Iran’s Supreme Leader Ali Hosseini Khamenei warns that “a harsh retaliation is waiting”. On the other hand, U.S President Donald Trump has threatened to destroy 52 Iranian states if Iran tried to attack or harm the U.s people.

In fact, Donald Trump in one of his tweets vowed to unleash $2 trillion worth of new military equipment if Iran targets US bases.

Reactions of Other Countries

This tension between the U.S and Iran has clearly given us an indication of World War 3. However, it’s impossible to reach any conclusion without the involvement of other countries. Many countries and Leaders recently shared their concerns and views on this incident. They are:

Iraqi Prime Minister Adil Abdul-Mahdi called it aggression over Iran and it could lead to a devastating War. He added that the attack was also a “flagrant violation of the conditions authorizing the presence of US troops” on Iraqi soil. Moreover, Iraq seems to stand in full support of Iran over this massive incident that could give a quiet spark to the chances of World War 3.

Syria also condemns this aggressive nature in the U.S. In fact, the Syrian Government described the killings as “a serious escalation of the situation” in the region and accused the US of resorting to “the methods of criminal gangs“. Many Syrian officials have also accused the U.S of creating irrelevant conflicts throughout the world.

The Turkish foreign ministry said that the killing of Soleimani would increase the chances of insecurity and agitation all the world. Moreover, Turkey has always been against foreign interventions, assassinations and sectarian conflicts in the region. It could be due to the reason as relations between the U.S are not so good from the past few years.

Russia warned that the assassination of Soleimani can increase the tensions in the Middle East. News Agencies RIA Novosti and TASS said “Soleimani served the cause of protecting Iran’s national interests with devotion. We express our sincere condolences to the Iranian people. ” Moreover, the Russian officials expressed their grief and tried to gave a message of peace and harmony throughout the world.

China appealed for restraint from all sides, “especially the United States“. They urged both the nations to calm and don’t let the situation go out of hand. Chinese Foreign Minister told that the US should not “abuse force” and should instead seek solutions through dialogue. War is never a solution for anything and can only create destruction.

Isreal stands in support of the U.S as they declared Soleimani as Global Terrorist who was planning more attacks. Israeli Prime Minister Benjamin Netanyahu said the US had the right to defend itself by killing Soleimani. Moreover, Israel also said that Qassem Soleimani is responsible for the death of American citizens and many other innocent people.

Everybody knows about the consequences and outcomes of a War. It has never worked in favor of anyone and has only resulted in destruction and demolition. Talking about World War 3, if it happens it will destroy the whole world because it will take place on a global level. Moreover, it is believed that 90% of humanity will vanish as a result of World War 3.

Superpowers of the World like America, Russia, China, France will use its Atomic weapons such as Atom Bombs, Hydrogen Bombs, Missiles and everyone knows what will happen after that. So, it’s better to resolve the issues and maintain peace throughout the world.

We have just started a new decade, let people live their lives happily. Moreover, focus on resolving things rather than creating new problems.

These were some of the major details regarding World War 3. Also, you may like to read about: Vedic Remedies in Astrology- A Benediction to Cease the Problems