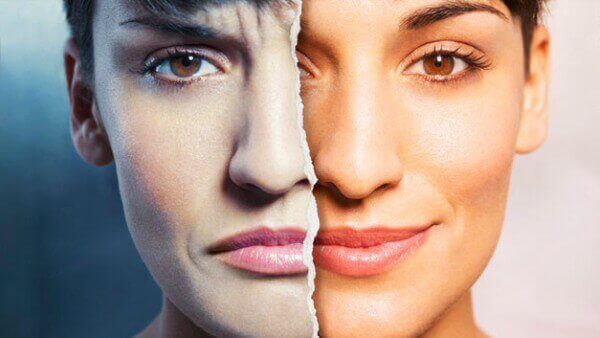 Zodiac signs are incredibly unique in their own way. They all are different from one another. Half of these are super cool, spontaneous, and humorous. Whereas the rest have shy, gentle, calm, and introvert behavior. Know about the Most Affected and the Least Affected Zodiac.

A few of them need time to get along with changes, however, some love versatility. The lightness in nature makes some a happy-go-lucky personality. On the other hand, the timid tone of voice collects a good number of appreciators.

There are some extremely crazy, fun-loving, and outspoken zodiacs that won’t wait for another person to make them happy. Instead, they create happiness.

Nonetheless, there are a few who are extremely selfless and depend upon others a little too much. It doesn’t make them a bad person yet adds well into their bad habits.

Taking the conversation forward, today we are going to introduce you to the most carefree and the most careworn zodiacs. Read ahead and tell us how much can you relate with the description of your zodiac sign in the following paragraphs.

Most unbothered or carefree zodiac signs-

Leos are a crazy and cool squad. They are always ready for a party. A Leo would rather fill the day with gladness than holding grudges.

Every Leo has a characteristic of creating their reality. They are ambitious and focused. Our Astrologer mentions, a person with zodiac sign Leo have an eye for happiness, fun, and joy. They love being the center of attention. It is not wrong to call Leos “the crazy zodiac sign”. They are the most affected zodiac in this section.

People may wonder how a large-hearted and caring personality like Gemini can be carefree.

Well, Geminis are full of wonders. They know that the world doesn’t run with only positive things. Therefore, they have a mature persona and are always prepared for negative happenings.

Furthermore, they master the ability to deal with tantrums, negative people, and emergencies. Geminis don’t panic or hold ill-will. They believe in living in the moment and living happily.

Aries is quite like free birds. They are immensely carefree. Also, they believe in living the life they wish for. An Aries would do anything to lead a happy life.

People with Aries zodiac sign are popular for having fun. They laugh a lot. Nonetheless, they are emotional and don’t seek to hurt anybody’s feelings. They are natural, confident, hilarious, and prefer bold decisions.

Robert Downey Jr. is the most popular Aries celebrity. His spontaneous nature and carefree attitude is no mystery for the public.

Tauruses don’t speak a lot. However, it doesn’t mean they are not funny or fun-loving. They are extremely generous and down to earth. Alongside this, their intellect has no match.

A person may have the best of his days with a Taurus personality because they believe in living each moment. They add life to their days.

It is said that a calm person has the best jokes to tell because he observes every single detail. Tauruses have the same type of traits. As soon as a person befriends with a Taurus, they get to know how carefree and joyful a person can be.

Mark Zuckerberg is the most popular Taurus who introduced the world to the most amazing ways of making friends.

Sagittarius people are quite like Aries. They are aware of the negative world outside their window but they don’t allow it stealing their joy. They focus on growing in life.

Talking about Sagittarius our Astrologer mentions that such people always look forward in life. They always look at the bright side of a situation and believe to live up to date.

Samuel L. Jackson and Nicky Minaj are famous Sagittarius faces that are loved by people for their spontaneous act and cheery stance.

6. Pisces (19th February to 20th March) ( Not The most affected zodiac nor the Least Affected Zodiac)

Pisces is a loving and caring personality. Along with this, they are space freaks. They offer people enough personal space and expect the same in return. They are always emotionally charged yet they guard their emotions well.

Pisces avoid situations to get prevent frustration. They are generally in love with the concept of life. Not to miss, they live with a proper understanding of love & support.

They don’t desire people to tell them their worth and it makes them extremely carefree. Their fiercest attitude makes them attractive.

These were the carefree zodiacs.

The most Affected or careworn Zodiac signs

Cancerians are introvert and shy. They don’t get along with people easily but one cannot question their creative skills. A shy nature doesn’t depict negativity or make a person upright.

People with Zodiac Sign cancer are born with a pure and generous soul.  They live a life surrounded by endless imaginations. You may even find Cancerians sneaking out a party and enjoying their own company down the skylight.

Cancerians are selfless lovers. There is nothing they wouldn’t do for people they love. They have no patience for superficial people. If we talk without sugar-coating, Cancerians are often over possessive. Hence, they are always bothered and naggers. Cancerians are the most affected by anything.

The world is quite aware of the secretive nature of scorpions. They feel much more than the other Zodiac Signs.

Scorpios are often angry. They easily get offended and explode unnecessarily. However, Scorpions are surprising wallflowers. One can not predict the next surprise.

Scorpios may be very defensive and secretive toward their feelings but it doesn’t stop them from being the most loving personality.

Libra is the definition of charisma. They know how to maintain a perfect balance between fun and seriousness. Furthermore, they are responsible but don’t miss a chance to enjoy.

They are an ambivert. You may find a Libra person grabbing all the attention since the very beginning. They are born with a significant charm that works perfectly in their silence as well.

Aquarius personalities are people with serious goals. Since their childhood, they are focused towards what they want in their life. They take a lot of pressure and feel way too much. From an early age, they set their ambition and work until they achieve it.

The Weekend, Michael B. Jordan and Christiano Ronaldo are two popular Aquarius.

Virgos are too concentrated on attaining perfection. They believe life to be very stressful and tough. This makes them work a little hard in order to not fail in their ambitions.

They can’t take disappointments. They are generally poker face. Virgos eventually become dark shadows for themselves. We suggest every Virgo relax and take their life a little easy. They come in the list of most affected zodiac.

6.Capricorn (22nd December to 19th January) (Not the Most Affected Zodiac)

Capricorns dislike spotlights. They believe to continue a simple life. However, their shy & silent nature does not tower up their creativity. Besides this, they are extremely humble. Capricorns are the flag bearer of strength.

On the other side, they are extremely emotional and often break out. We understand you and hope you receive enough support from your people in life because every sensitive person has a heart of gold. Capricorn is not one of the most affected zodiac.

You might also like to read about the Most Aggressive Zodiac Signs to know more about them.