Including Coronavirus Top 10 Deadliest Viruses Ever in History 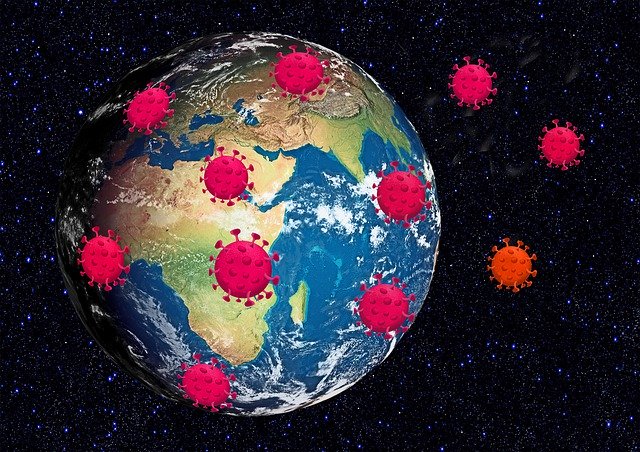 Humans have faced the threat to some of the deadliest viruses for centuries. To combat these diseases there have been several inventions that saved many lives. However, there were a few viruses that spread like wildfire and caused many lives. These are highly contagious and can be transferred from one person to another thus putting a threat to human existence.

The recent cases of viruses have endangered many lives across the globe. The Coronavirus has already created immense turmoil in all parts of the world. But if we go back in time there are worse cases of epidemics. So lets read further about the deadliest viruses of all time.

The Ebola virus created quite an upsurge in recent times. The very first case of Ebola was identified in 1976 in Sudan, a village near the Ebola river. Further, the virus is spread by coming in contact with the bodily fluids of the infected. The fatality rate from the virus is up to 70%. The basic symptoms include

Moreover, in 2014 when Ebola emerged again since then approximately 11,000 people died. The first most effective vaccine for the silent killer was rVSV-ZEBOV invented in the US.

The Hantavirus came into existence in 1993 when a couple in the US died abruptly in their flat due to shortness of breath. Later health authorities found out hantavirus from a deer mouse that had led to death. Hantavirus Pulmonary Syndrome is caused by rodents and does not transfer from one person to another. However, the symptoms of hantavirus are

Once again the Hantavirus is knocking doors of China and people are more than petrified of this virus.

Dengue’s first case was tracked down in the early 1950s. It is a mosquito-borne disease that can cause severe ailments. Although the fatality rate is not more than 2.5% it still vicious. The symptoms of dengue are

Approximately every year 25,000 people die because of coming in contact with the dengue virus.

HIV (Human Immunodeficiency Virus) is the deadliest of all viruses in this list. The first case of HIV was recognized in the 1980s and since then it has killed more than 32 million people across the world. There no cure to this lethal virus and slowly with passing time destroys the human body. This is an infectious disease that is transmitted by coming in direct contact with blood, semen or vaginal fluids. Symptoms of HIV are

Smallpox is estimated to date around 3000 years ago. The patient can see ranges appear on the face then all over the body. The world was declared free of smallpox in 1980. However, before that, every 1 in 3 people died because of this contagious virus.

It often uses to leave marks on the body after recovery and in many cases blind. There no cure to smallpox except for the vaccine that completely eradicated this virus from our lives.

Rabies is caused by coming in contact with Lyssaviruses most common in dogs and bats. It can be spread if the animal bites, scratches or licks a human. Though the cases of rabies are quite rare due to the invention of its vaccine. However, if left untreated the person can lose their mind and death is guaranteed. The symptoms include

This virus also known as coronavirus came into existence in December 2019 in Wuhan, China. The viruses basically come from bats and then to intermediary animals and then humans. It is so contagious that almost half the world is under its clutches. More than 20,000 people have died of the virus. The pandemic has compelled people to oblige social distancing and even self-quarantine. Further, the symptoms are:

The Influenza flu also is known as the Spanish flu grew wild in 1918 killing more than 50 million people. The flu was caused by the H1N1 virus, taking almost all the world population by storm. This highly infectious disease led people to lock themselves in four walls. Nevertheless, it was the deadliest pandemic of the 20th century.

The Marburg virus incident first took place in Germany where a group of scientists came in contact with infected monkeys from Uganda. It created serious challenges in the late 90s and early 2000s. The mortality rate hiked from 25% to 80% during this span of time. Moreover, the symptoms include:

The Rotavirus is an infection that is caused by children ranging from0-5 years. There are two vaccines now available to cease the spread of the virus. However, before 2008 more than 4,50,00 child deaths were reported due to the virus. Symptoms are:

So These are the deadliest viruses of all time. Stay safe during COVID19 and maintain social distance.

Also, you may like to read: Impact of Coronavirus- Chronology, and Aftermath

For all life, problems consult our Astrologers. So Click here to connect with them.