5 Most Misunderstood Zodiac Signs As Per Astrology 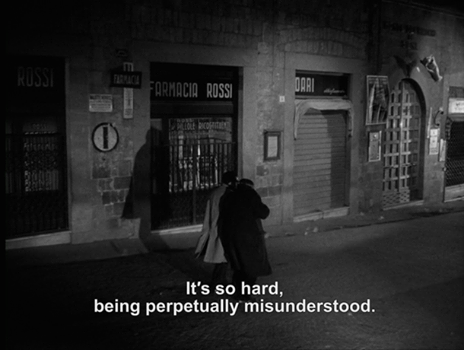 Each zodiac sign has a bright and a dark side. And, the same plays a vital role in figuring out their nature with some close people and others. Some people find it easy to say what they wish to, while others find it difficult to say what is there in their hearts. And such people end up on the list of most misunderstood zodiac signs.

When people think about Gemini, they may quickly think of someone two-faced or has twin personalities. But because these people possess great communication skills, it might act as a con for them. Sometimes these people blabber too much, which leads to the fact that they are misunderstood.

So, while Gemini may be intellectually flexible, it doesn’t mean they are purposefully deceptive, and they are an often-misunderstood sign as a result. They are not deceitful individuals. Instead, they are clever when communicating. But, people take their words wrong.

Also Read: Zodiac Signs Who Love To Read According To Astrology

Many people believe that Cancers are highly emotional, which is why these people are taken as one of the most misunderstood zodiac signs. Moon rules the Cancer natives, which makes them quite reserved about what they wish to express vs what they actually say.

So, people who don’t know how responsive Cancers are, consider them wrong. Thus, they mistake their unresponsiveness with dumbness. There are chances when Cancers speak. However, folks misunderstand them because these people don’t respond the way they planned in their heads.

Some people may regard Leos as desperate for attention. This makes the needy zodiac sign. But is that actually the case? Well, no. Leo men and women are certainly different from this. These people don’t rely on others for good vibes. Also, these natives don’t need others to take care of their mood and mind, which people think they do.

Planet Sun rules the Leo zodiac sign. Therefore, these people are self-reliable beings. However, they still land on the list of the most misunderstood zodiac signs. Why? Well, simply because even when they try not to show off their self-dependability, people think these natives are doing so.

These people possess a soft heart. They barely say a word until very necessary, despite their ruling planet being Mercury. The biggest misconception about Virgo men and women is that these natives are serious and superbly practical in their lives. However, nothing is like that. These people only value genuine beings. Thus, they are very choosy about who they reveal themselves to.

These natives end up on the list of the most misunderstood zodiac signs because they never reveal the back story behind their pains and sufferings. They shall never nag in front of anybody. Instead, they would let things be and let people think what they wish to, even if that proves them wrong and incorrect.

Scorpio ranks last on the list of the most misunderstood zodiac sign. These people strongly believe in practicality. Therefore, they barely care what others think or process about them. Especially in terms of relationships, they lack the rightful empathy. Therefore, when Scorpio men and women don’t express themselves or lack in doing so, their partner misunderstands them.

Scorpio is a sign that is continually striving to improve. It may include getting to know individuals on a deeper level, which can be intense. But the intensity isn’t always a bad thing. They always reinvent themselves and frequently have to break links with others in order to stay sane, which puts them in a bind. The fact is that they value themselves as well and do not believe in spending time with individuals with whom they no longer connect.

Also read What Confuses Each Zodiac Sign? and 4 Zodiac Signs That Lie The Most

The most suitable soulmate for each zodiac sign
Views: 8800

The best workouts for each zodiac sign in astrology
Views: 3164

6 zodiac signs that are good in studies
Views: 7362