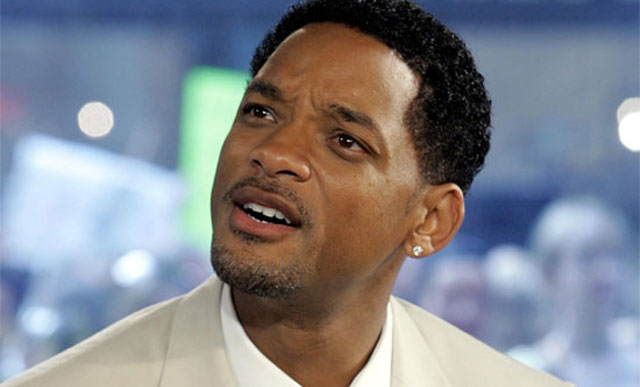 When anything about someone else perplexes people, it can create a barrier. People don’t understand why their close ones do what they do. And this sensation overwhelms folks to the point where they don’t attempt to work through the confusion to reach a point of understanding. So, what confuses each zodiac sign? Read to know.

Finding out what puzzles and perplexes someone is one method to have a better understanding of them. Some of these characteristics that perplex natives about other people are features that they don’t recognize themselves. Read to know what makes each zodiac sign confused or conflict-headed in situations.

Also Read: 4 Zodiac Signs That Lie The Most

These people overthink to the point of paralysis by their indecision. They are notorious for acting rashly. So, these natives don’t see how fear might prevent someone from going all-in without thinking about the implications.

Aries men and women don’t comprehend folks that fear taking risks or want to do the same thing every day. Moreover, they enjoy trying new things and developing new hobbies. However, on the other hand, these people understand that if they are trapped in a rut, they shall bore out their minds.

People who give in too readily confound Taurus. What’s the purpose of even attempting if you’re going to lose early on? People know Taurus men and women for their tenacity, sinking their heels in and fighting until they win. Even though it makes Taurus the winner, when someone gives up, the triumph feels empty to them.

If people compete with them, they give their everything. Otherwise, these natives are quitters. These people are likewise perplexed by folks who believe they must schedule things for every hour of the day.

Also Read:  Zodiac Signs Who Love To Cook And Are Kitchen Experts

People who are stiff, set in their ways, and take things too seriously perplex are Gemini men and women. These natives are wise enough to understand a sense of humor and being adaptable. Also, they clearly know that great things can happen if they believe in themselves, but these folks don’t because they love to keep themselves in a shell.

People who refuse to listen are incomprehensible to them. Even if someone disagrees with Gemini, these people what others to listen to them and consider their opinion before discarding it.

When we think of the fact, what confuses each zodiac sign, Cancer men and women stand a little unusual in the queue. People who don’t have a romantic bone in their body are Cancer people. It makes them confused when someone expresses their love and emotions to them.

These natives confront a hard time understanding people who keep their emotions to themselves. Also, people who refrain from illustrating their sentiments are what confuses them. Thus, they shall not see how one can bond with someone if they can’t express their feelings.

Also Read: The Disney Villain You Are Based On Your Zodiac Sign

People who refuse to take a stand or protect others confuse Leos. In the list of what confuses each zodiac sign, Leo men and women keep a little tricky thinking. They don’t understand how people cannot take a stand and still create a fuss about situations.

Because Leos are fearless and tend to be leaders, a large part of their personality is dedicated to improving the lives of others. Moreover, these people feel out of the way when they see people throwing under the bus, just to save themselves from otherwise situations.

Virgo people feel confused when they see someone refuse to learn and study. Moreover, among what confuses each zodiac sign, they think that opportunities and being non-opportunistic is what everyone must-have. So, if they see someone being uninterested in such situations, they confront confusing situations.

Another thing that confuses Virgo people is people not returning others’ belongings. So, when they see people borrowing items but paying no attention to returning time, it simply makes them perplexed and confused.

Also Read: Ideal career for you as per your zodiac sign

Moreover, among what confuses each zodiac sign, they keep a quite factful outlook. To them, fights and quarrels make no sense. Also, they believe that people can solve anything by talking. So, until and unless people don’t have facts surrounding their point, they shall give the most confusing looks ever.

People who think lying isn’t a big deal confuse Scorpios because lying is a big deal for them. They possess zero understanding of insensitive individuals, people who don’t care, and those who don’t have a purpose in their lives.

Scorpios don’t comprehend those who don’t like to be touched or don’t require intimacy because they are a sexual sign. People who lack enthusiasm are perplexed by these indicators. They don’t understand why some people set low goals for themselves and don’t even try to improve their lives.

Also Read: 5 Zodiac Signs Who Make The Best Singers According To Astrology

People who have no curiosity and refuse to travel confuse Sagittarius men and women. The world is a large intriguing place, and Sagittarius wants to see as much of it as they can. Thus, they couldn’t imagine why anyone would want to stay at home. Because Sagittarians are exceedingly self-sufficient, they do not attract those who refuse to go anywhere or do anything on their own. They are perplexed by people who require a commitment to succeed and who must establish roots before they can be truly happy.

Lazy people and those who disregard their duties and responsibilities confuse Capricorns. They also don’t understand folks who carelessly mess up their finances and do nothing to correct the situation.

Capricorns are conscientious and dependable. Therefore, people who don’t follow through or maintain their commitments irritate them. They can’t understand how people can be careless and lack discipline because it goes against everything this zodiac sign believes in.

When someone has an emotional breakdown, Aquarius experiences confusion. It is because these natives don’t know what to do or how to handle the situation. The truth is that their own emotions frequently cause them to get perplexed. Thus, among what confuses each zodiac sign, emotions and sentiments perplex Aquarius natives.

Aquarians are inquisitive and creative thinkers. Thus, they have a hard time understanding people who never think outside the box and strictly obey the rules. Folks who create confusing nature confuse Aquarius people.

People who are intentionally cruel and refuse to aid others confuse Pisces men and women. These folks have a hard time understanding people who don’t have active imaginations.

They have no understanding of those who are self-centered, self-serving or lack empathy for others. With Pisces, a little kindness goes a long way, and if someone doesn’t have even a smidgeon of it, it’s nearly impossible for them to understand.

The most suitable soulmate for each zodiac sign
Views: 6494

The best workouts for each zodiac sign in astrology
Views: 2423

6 zodiac signs that are good in studies
Views: 4260