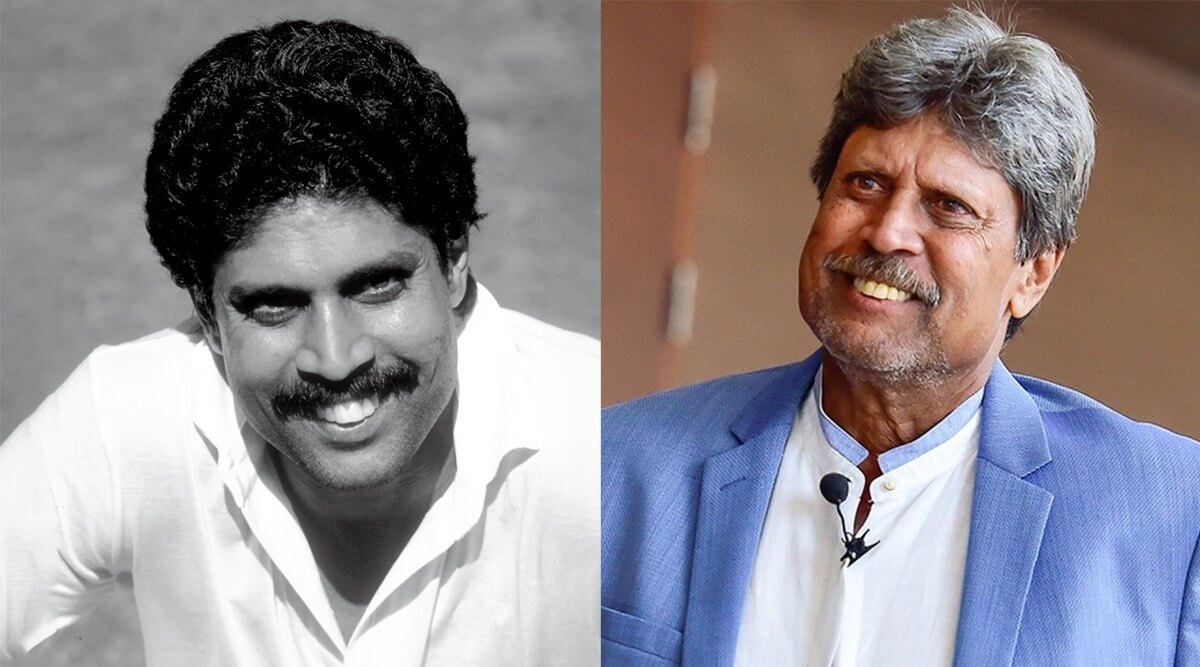 The year 1983 is an emotional year for every Indian, remembered for the valour of the team of 14 legends, led by Kapil Dev, that won India its first cricket world cup at Lord’s. Post 38 years, Ranveer Singh and his team re-evoked the same feeling within us by giving us the 83 movie trailer.

Directed by Kabir Khan, the 83 movie pictures India’s journey of winning its first cricket world cup fighting all odds and of course, the West Indies. The movie also stars the likes of Deepika Padukone who is playing the onscreen role of Kapil Dev’s wife, Romi Bhatia. The 83 movie trailer was released on November 30; and in no-time took the internet by storm. And it is not just because of the emotional memories it revokes but also for the amazing onscreen portrayal of Kapil Dev and other players by actors like Ranveer Singh, Pankaj Tripathi, Hardy Sandhu, Jiiva and more.

The 83 movie will release on 24 December 2021, and yes it’s way too long for us to wait. However, to keep the excitement intact and prepare you for the Christmas delight, we not only scooped out a secret from Kapil Dev’s horoscope but also the old pictures of the 1983 World cup players to not only remember their valour but also their machoness. Here we go:

After losing two matches in a row, India’s was to play against Zimbabwe in the must-win encounter during the 1983 World Cup. As the match began, India saw itself struggling at 17/5. It was then Kapil Dev walked on the field to play a 175 run knock and win the match for India, keeping our World Cup 1983 hopes alive.

Surely it’s Kapil Dev’s tremendous hard work that needs to be credited here but what else we can give credit to is one of the Mahapurusha yogas in Kapil Dev’s kundli.

For the unaware, there is a term in astrology called Panch Mahapurusha yoga. The panch mahapurusha yoga is formed when Mars, Mercury, Jupiter, Venus, and Saturn gets placed in their own or exalted sign in Kendra and Trikon.

Panch Mahapurdha yoga is a combination of five yogas and even if any one of these five form in your kundli, it can benefit you a lot.

The five yogas are named Ruchak Yoga by Mars, Bhadra Yoga by Mercury, Hansa Yoga by Jupiter, Malvya yoga by Venus and Sasa Yoga by Saturn.

Interestingly, Kapil Dev’s kundli has the Ruchak Yoga. This is a powerful yoga formed when:

Ruchak Yoga in Kapil’s Dev horoscope allows him the assertion, passion, and energy to deal with difficult opportunities like one he faced and conquered back in 1983.

Mohinder Amarnath in 1983 and now

The Vice Captian of the Indian cricket team in the 1983 world cup, Mohinder Amarnath for a force to be reckoned with. He won the Man of the Match both in the finals and the semifinals. In the movie 83, Mohinder Amarnath’s role will be played by Saqib Saleem.

Kirti Azad was the most notorious of all in Kapil Dev’s 1983 world cup team men. The role of the right-hand batsman and a quickish offspinner in the 83 movie will be played by Dinker Sharma. Kirti Azad is currently a politician associated with Indian National Congress.

Roger Binny, played as an all-rounder in the 1983 world cup and went on to become the highest wicket-taker (18 wickets). Nishant Dahiya will play the role of Roger Binney in 83 movie.

Sunil Gavaskar in 1983 and now

Another famous personality in the 1983 world Cup team of India was Sunil Gavaskar. Currently regarded as the best captain, the right-handed batsmen, Gavaskar, has more than 10,000 Test runs to his name. Tahir Raj Bhasin will play his role in the movie.

Syed Kirmani won the award for being the best wicketkeeper in the 1983 Cricket World Cup. In the decider match against Zimbabwe, Kirmani took three catches and effected two stumpings. Sahil Kahttar is playing the role Syed Kirmani in the 83 movie.

Also Read: Shape Of Your Fingernail And What It Says About Your Personality

Madan Lal is yet another legendary cricketer from the 1983 Indian cricket team, known for his ruthless bowling. Kapil Dev took the catch of Vivian Richards off the bowling of Lal. Though Madan Lal retired in 2007, he today is also known for the song ‘Soch’ that was remade for the movie Airlift in 2016. Hardy Sandhu will play the role of Madan Lal in the 83 movie.

Interestingly, the son of Sandeep Patil, Chirag Patil, will play the onscreen role of his father in the 83 movie. Sandeep Patil played as a middle-order batsman in the 1983 World Cup.

Balwinder Sandhu in 1983 and now

Balwinder Sandhu has an interesting World Cup 1983 story to his name. Batting at no. 11, he was hit on his head by a bouncer (see the 83 movie trailer). Later, he went on to clean up Gordon Greenidge with a famous in-swinger. That was the third time within 3 months he dismissed Greenidge. Ammy Virk will play his role in the movie.

Yashpal Sharma in 1983 and now

Jatin Sarna will play the role of Yashpal Sharma in the 83 movie. The middle-order batsman is credited for creating a famous cricket shot called Badam shot. Also, Sharma was the man who scored 89 runs in the opening match of the tournament, which helped India hand West Indies their first defeat in a World Cup match.

Also read: The Kind Of Girlfriend You Are Based On Your Zodiac Sign

In the 1983 world cup, Ravi Shastri stood in for Gavaskar and opened in two matches. His role in the movie will be played by Dhariya Karwa.

Krishnamachari Srikkanth in 1983 and now

Krishnamachari Srikkanth is the former India team captain. In the 1983 World Cup final against the West Indies, Srikkanth was the top scorer. His role in the movie will be played by South star Jiiva.

Dilip Vengsarkar in 1983 and now

Dilip Vengsarkar took over the captaincy of team India after the 1983 World Cup. Marathi Actor, director and producer Addinath Kothare will play the role of Dilip Vengsarkar in 83 movie.

The role of Man Singh, the Indian team Manager back then, is being played by Pankaj Tripathi. In the 83 Movie trailer, one can see Man Singh boosting the confidence of the players at various instances.

Swayamwar weddings have never survived, will Mika's be any different?
Views: 3993

Mika Singh's Kundli: Everything you need to know
Views: 2901