Angriest Zodiac Signs- Are You One of Them? 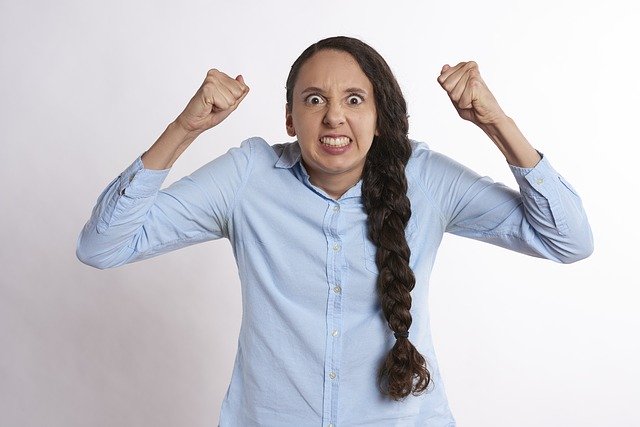 You may face people in your life with a bad temper and anger. Expressing anger is not a nasty factor. However, if someone starts unleashing anger on their friends and family, it could destroy some precious relationships. Feeling irritated and angry is maybe a common factor in most zodiac signs. Let us find out the angriest zodiac signs of all.

When people with zodiac sign ‘Taurus’ get mad, they typically offer you delicate, passive-aggressive hints. They will become silent and cold, keeping everything in until it boils over and causes them to explode with emotions.

When they happen to urge anger out, allow them to have their alone time. They need a bit of time to manage themselves. Generally, they are ferociously stubborn and independent, therefore they prefer to get away with their anger on their own once life serves them a nasty hand. They will speak out with you once they feel prepared, however, ensure to allow them to totally get out what they have to, as they sometimes don’t speak a lot of. So, when infuriated, they will have a great deal to mention and would like your full attention. Taurus in the list of angriest zodiac signs is the most short-tempered.

People with zodiac sign ‘Aries’ have next to zero management on their anger. They can get mad even on tiny things. The factor that most annoys them is when someone disagrees with them. They typically say harsh words to their admired ones in anger, however perpetually regret upon it later.

Exercise is the best way for them to chill down and not cause an excessive amount of harm. Otherwise, they’ll persist in throwing off the items which get in their way. Tell them that they’re right, in spite of what they assert or feel. Simply trust each word they say for that time. Does not try to calm them down by yelling at them or showing anger back at them. This may result in the end of a relationship. Just know that they settle down pretty shortly and will also notice their mistakes. Wait until this moment so that you can talk them through.

Scorpio folks have the habit of holding grudges of past, even that’s of years before. They are extremely dangerous to be around once they’re angry. They hold grudges, and they don,t casually let go of things that upset them. The main danger with Scorpios is that they won’t let you know that they are angry with you because they will be totally passive-aggressive. They can be really tough to handle out when they are angry because they won’t let you know what has been wrong with them – they can also be very insulting to the ones they dislike and this can be the worst part of their behavior. And then they may also comment something in an insulting and hurtful, which can make you really hurt and disheartened.

You can only help a Scorpion loosen up a bit when they are angry, to make them feel right. If he/she is the person whom you actually love, you’ll need them to believe you to tell them all about their problems with you. Scorpions can be really very cold and this is one of their ways to throw out the anger in them.

A Leo’s anger isn’t anger, it’s rage. Their rage is all noise, and the louder they are, the higher they feel. They may say something that may shake your confidence. When they are full of anger, they believe that they are correct and they do not back down from an argument even when they are purely wrong. Leos are true hotheads. They mostly show rage and anger to establish their superiority. Leos may do anything to prove themselves right and will never admit that they are wrong. Also, they can say anything to the person they are angered at. They will insult them very badly and rudely and won’t regret it ever. They become blinded by their anger.

Since Leos can be a bit dramatic, you need to let go of them slowly while trying to deal with a mad Leo. Tell them that they are wrong and even if they try to back down, explain your point clearly. Try to come up with some proofs of your innocence, so that you can handle them in a fair manner. These were the angriest zodiac signs according to astrology.

Also, you may like to read: The Mental Age of Zodiac Signs according to Astrology

Zodiac Pairs likely to get separated in a short time
Views: 976

Best Profession for You According to Zodiac
Views: 1112