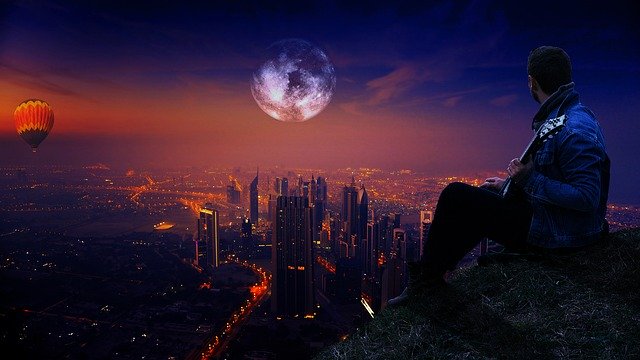 April 2020 will mark the beginning of the Taurus season. So, if you love beauty, generosity, and patience of the Earth Sign of the zodiac wheel, you may wish to make most of it. Taurus is logical, kind, and a spin that shimmers forever. It feeds on motivation. It never gives up and is the representation of growth. If you are one of the signs that will have a marvelous time during the week of April 20, 2020, the Taurus season has a lot to offer you.

How about a wild guess? Who do you think these zodiac signs will be? If you would ask me, I say who can enjoy the Earth Sign’s season more than the Taurus, Virgo, and Capricorn.

After the fiery sailing of Aries season, the Taurus season brings comfort, determination, organization, and hard work. However, it is going to be an astonishing week for the earth to sign more than other signs on the wheel. It will also encourage you to be doing something innovative with your energy, too. And if your plans may also have come to an abrupt end, fresh prospects will introduce themselves to you. This week, it’s just about being open-minded to a dream that might be distinctive, but much more magnificent.

You feel encouraged to share your inner self and intelligence.

Delve deep into your heart Taurus. Is there is something you are willing to express for long? Owing to your stubborn nature, you have not done good enough in the past few months of the year. There is something very important you want to do, but you might not have always had the guts to go out and do it in history. It’s not that you’ve got something to be afraid of doing; it’s more that you have just been scared of going wrong. However, your season is finally here, so, bang on now.

Additionally, Venus Transit in Taurus occurred on March 28, 2020. Thus, with their Ruling Lord Venus in their own house, you are going to take benefits of comfort, beauty, flowers, romance, and pleasures. There is nothing to fear anymore.

You feel empowered to try something fun and fresh.

Virgo, you have got a bunch of surprises going on in your life. You are both flexible and very rigid in your way. When you feel ready to throw out the rulebook and go down a road that you don’t typically follow. The best part of being a Virgo is you see things from a different viewpoint, in the spirit for something wild. Also, there will be no denying that you want to live your life as much as possible of opportunity. Just though the world might be going at a slower tempo, and the prospects might not be as open, it’s time to just do what you possess, because you will have so much.

So, with the new season in your life, you will begin to move forward and try something fresh and fun.

You are going to be intellectually motivated.

Significantly, Capricorn goats are well-known for their practical behavior. You are someone who believes in expertise. If something is not in its perfect form, you will do anything to make it so. It’s one idea to crawl into your room for yourself and then try out a creative idea, and another thing to just let creativity get you closer to someone you love. FYI, your time to cherish some romance is here.

As your Sign lord, Saturn is in their own house since Saturn Transit occurred on 23rd January, you are going to have times where your gut will stimulate towards excellence. Though, you are always intending to grow. The Taurus season will help you significantly to move towards developing your intellect.

Also, you may enjoy reading Marriage Material- These Zodiac Signs Are A Big No