Are Women Startups The Next Future In India? 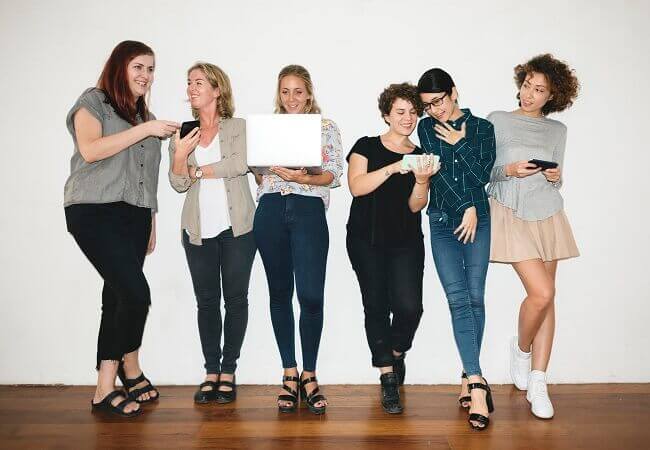 Women startups are the next big thing in the industry at the moment. With more and more of them entering the entrepreneurial world, and yet equalizing the gender ratio in the business world.

In the world of technology and innovations, they are the most under-represented sector. With explicit thoughts and experiences, women’s thoughts and ideas play a significant role in shaping the economy.

The event witnessed several mega giant companies headed by female. Read on to know more about how female entrepreneurs are ruling out their journey!

Purpose of initiating the Women Startup Summit 2019, was to encourage women to take a step ahead in the entrepreneurial sector. Whilst envisioning a healthy atmosphere in the startup ecosystem.

Women Startup Summit will feature a network of innovative and inspiring visionaries whose delightful activities are shaping the the world with exceptional glories.

Including dynamic board exchanges, Fireside talks and keynote discussions, Women Startup Summit will assemble a various scope of female lights from Technology,business, media and stimulation.

Format Of The Women Startup Summit-

Session on “Honoring the Change Makers‘’ was held and the National Grand Challenge winner of ‘She Loves Tech India 2019‘was honored for her contribution.

Over years, they have effectively stepped into the male dominated industry and revolutionized the market with their integrated thoughts.

Upasana Taku, who is the founder of Zaakpayand Co-founder of MobiKwik. By inducing more, herself into the technological innovations, she is revolutionizing the digital marketing economy by providing people with easy and convenient payment options.

She holds 17 years of experience in Payment and Financial Services and has been marking her footprints with unified practices into the entrepreneurial sector for 7 years.

At MobiKwik, Upasana Taku takes hold up the responsibility of executing unified tasks. With her continuous and enormous efforts, the company now stands as India’s biggest autonomous mobile payment networks.

Anisha Singh founded MyDala in 2009. MyDala is one of the largest online coupon and discount platforms. The company actively provide offers on entertainment, grocery stores, restaurants, gyms, travel, saloons, spas and various other sectors. The company each day handles around 2,00,000 transactions and is delivering its services in around 209 cities.

She is known to express her real thoughts and is an incredible supporter of women rights. Whilst, encourage them to do what they want to achieve.

She spoke at a few national and worldwide occasions on a scope of subjects like including women rights, enterprise. With an additional focus on the female startup biological system in India.

Sairee Chahal founded Sheroes.in in 2014. She is been actively engaged in providing them various work from home opportunities. Since then, she provided work opportunities to many female.

Marking her presence in more than 60 cities, Chahal is one of the most followed professionals on Twitter.

Radhika Ghai founded ShopClues in 2011,is the co-founder and Chief Business Officer of the company. With starting her first and foremost venture FashionClues, which was a social portal for NRI women.

She is energetic about encouraging them to accept positions of leadership inside her association.

Back in 2016, she was honored as ‘President of the Year‘ Award in the Start-Up class at the renowned CEO India Award. She is an incredible speaker and is a staunch supporter of women business enterprise.

According to our Astrologer Acharya Raman, Venus is the planet which is representative of women. The power of Venus is rising in every century and we experience woman empowerment almost everywhere from the past few years. Recently the government passed a law for Muslim women to aid them. Hence, indicating its improved results in the future.  But when Rahu will transit to Taurus there will be problems for them. Thus, their power is on a rise in the coming years.