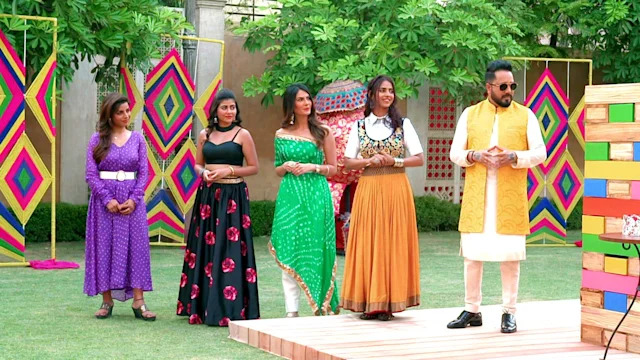 It’s no secret that Bollywood singer Mika Singh is looking forward to getting married, and Swayamwar is the way to go for him. Meaning, Singh is currently on a tough yet beautiful journey of bride hunting on the sets of the reality show – Swayamvar: Mika Di Vohti.

The reality show streaming on Disney+ Hotstar and Star Bharat has 12 women competing against each other to be the queen of Mika’s life. Swayamvar: Mika Di Vohti is being shoot in Rajasthan, and features popular Bollywood personalities, including Daler Mehndi, Hina Khan, Kapil Sharma, and Shaan, who is the host.

Nevertheless, what we are more excited about is the fact that Mika Singh and some of the contestants on the show were recently seen interacting with an Astrotalk astrologer.

In the latest episode of Mika Di Vohti that streamed on July 11, Mika Singh was seen in conversation with Astrotalk astrologer Sneha over a video call. The video call had Mika asking the astrologer if all would end well for him and what will be his future after marriage? Astrologer Sneha then assured Mika about the bright future ahead of him.

On learning about the Astrotalk app from Mika, even the host of the Show, Shaan, couldn’t resist but download Astrotalk for himself.

In fact, not only Mika or Shaan but some of the potential brides on the show are also aware of the Astrotalk app. To watch the full conversation of Mika and the Astrologer, you can watch Episode 17 of Mika Di Vohti on Disney+ Hotstar or Star Bharat.

Speaking on the accomplishment, Puneet Gupta, founder of the Astrotalk app, calls the interaction a big achievement for Astrotalk that, he says, will further stiffen the trust people have in Astrotalk.

“It is a proud moment for us to reach a stage where we are able to help not only the common people to deal with their problems but also celebs like Mika,” Puneet adds.

Also Read: Swayamwar weddings have never survived, will Mika’s be any different?