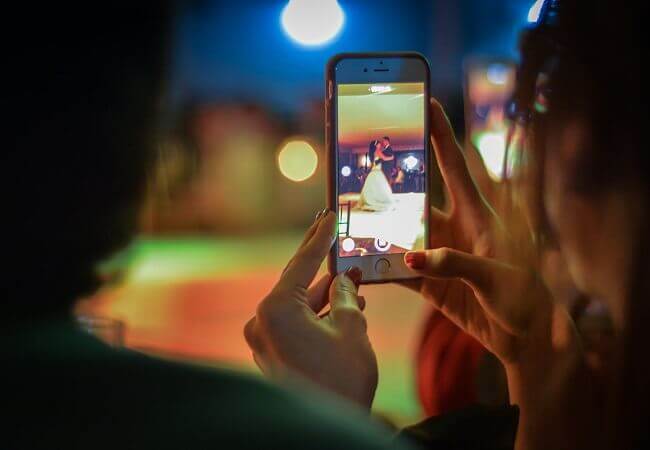 Launched in 2017, TikTok Parent company ByteDance is all set to launch its own smartphone. ByteDance owner Zhang Yiming, also announced of developing a smartphone since long.

After immensely setting up itself in the United States and Indian market, the company has an approx. 500 million users worldwide.

TikTok, also known as the video sharing platform for the users. With providing them with creating videos that are no longer than 15 seconds. The app functions in diverse themes like cooking,music, poetry, dance, singing, fashion and travel.

TikTok enable users with creating videos with special effects and also add their favorable music to it. Some people also view TikTok as an alternative version of Snapchat and Instagram.

In spite of its origin in China,the company is not owned by a Chinese tech enterprise. Back in 2016, when Douyin (locally known as TikTok), the company originally established itself as a news app.

Toutiao, the news app used advanced Artificial Intelligence algorithms and provided them with the most customized news feed they would prefer to read. Similarly, ByteDance use AI technologies in TikTok to provide users with a similar customized video feed.

Due to its increasing popularity day by day, TikTok has become one of the most valuable startups of the world. ByteDance, parent company of world famous TikTok is has a net worth of $75 million. TikTok has become a global hit now with re-branding Douyin and Musical.ly.

In 2017, Douyin became a big hit in the Chinese market but later in September, Bytedance invested $1 billion and attained Musical.ly, which was a complete video sharing app. Hence, both the companies Musical.ly and TikTok, together acquired a huge share in the industry.

According to the latest reports, in US the company has set a benchmark with the maximum downloads. The ratio is much more than rate Facebook, YouTube, Instagram and other famous companies have.

With a ratio of half a billion users, the company has been effectively spreading its presence globally. In US, users have downloaded the app approximately 80 million times.

For enhancing and enriching the user experience more, the company is profoundly investing in Artificial technologies. AI issued in the form of face recognition feature in the app and also users get their preferred scroll in the feed section.

The company also use smart and intellectual technologies which offer deep insight and analyze texts effectively. By usage of high-tech computer vision technology and natural language processors, they offer users with the most searched content they would love to watch.

TikTok app soon garnered a lot of popularity with its app which followed a very much similar pattern of its parent company. Nothing could stop ByteDance from influencing users in China, where it shook the market and was able to lead mega giants like Alibaba, Baidu.Alibaba and Transcent.

Back in 2013, selfie app maker Meitu also capitalized in to making smartphones for the users in the Chinese market. The smartphone featured dual pixel cameras with a much apt auto focus.

The app also provided users with customized photo-editing filters, as per their interests. Due to the revolutionary and competitive market, there were less chances for the company to standout among its competitors.

With huge smartphone brands like Samsung, Apple and Huawei. It’s nearly impossible for a new company to come into the spotlight unless it offers added value to the users.

Bigger tech hubs like Google, Amazon and Facebook, invested tons in their R&D department to develop smarter phones for the users. In 2014, Amazon also came up with their explicit tablets providing readers with more customized experience.

TikTok parent’s company deal with Smartisan, which is a Chinese smartphone maker, will soon be bought into effect. Both the companies together are planning on launching their own handset. The procedure for the same begun around seven months ago.

With the primary business of software and video apps, ByteDance is expanding its services to hardware. However, the smartphone’s success will be great ordeal for the company due to already existing mega giant companies in the market.

Big hardware companies like B.K. electronics which own brands OnePlus and Oppo, Xiaomi and Huawei have already hitched users with their unambiguous user enriched features.

Locally known as Douyin in China, TikTok has been efficiently trembling the market since the past four years becoming the fourth largest social media platform in the world.

The companies have not issued any further details about the upcoming model. The launched will take place later this year or maybe next year.

According to astrology predictions, with a larger fan base, ByteDance smartphones will be a big hit among the users. Owing to its popularity in the video sharing apps, the company has favorable cards in their success to the smartphones.

Langya Virus: All You Need To Know! This year, donate on Janmashtami as per your zodiac sign! A Happy Astrotalk Experience For Soumitra! 3 tried and tested cleansing rituals

The 1st stock that Rakesh Jhunjhunwala bought & journey thereafter This year, donate on Janmashtami as per your zodiac sign! Langya Virus: All You Need To Know! A Happy Astrotalk Experience For Soumitra!