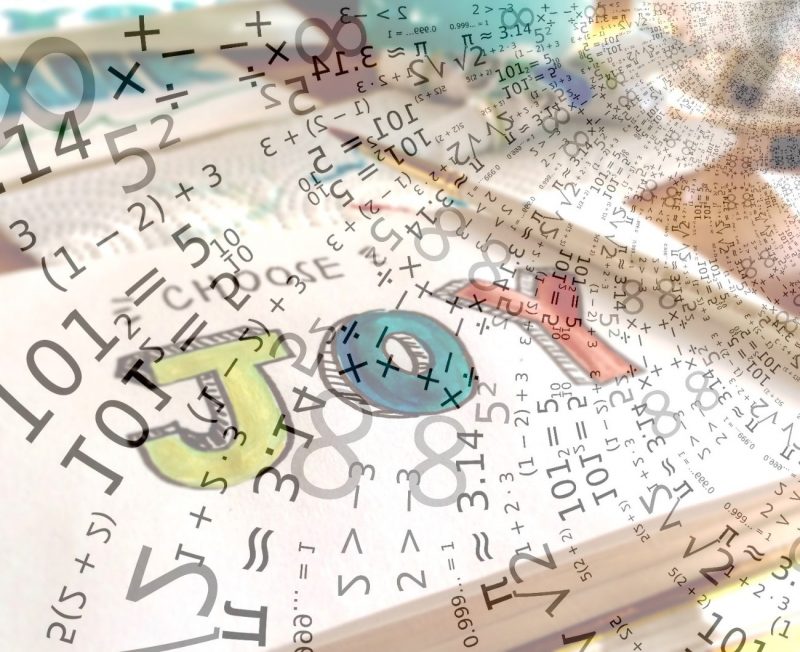 Nature has everything except for the word NO. Everything that exists in nature and the universe sketches an impression on our lives in one way or another. Similar to planets and their conjunctions, numbers and their combinations pour major colors in our existence. Questions like Hey, what is your lucky number? or statements like damn ya, this 13 number is so unlucky for me, are so very common around us. Not adopting the stereotype yet, especially at a young age where we have an exposure to ask & learn anything, How does it even matter to me? as our frequent response is closely akin to these statements.

Well, just like our name, numbers or digits or numeral or figures are much more than just identifications. In Numerology, there are numbers from 1 to 9 for each planet. In addition, these nine planets impact a human being’s life and in uncountable forms of combination, these celestial bodies draw strange effects in our lives.

For instance, we all come across that one person who has wealth of the world, however, hold a poor viewpoint when it comes to money. In very simple words of Astrology, Jupiter which is the lord of Ninth House (Number 9) is the debilitation. Such a person may make weird excuses to not spend their money.

Prior to walking in the Phone number numerology, you might like to grab a piece of knowledge about Mul Ank and Bhagya Ank that are the very base of calculation of your lucky number.

Mul Ank- The Mul Ank is calculated on the basis of your Date of Birth. For example, a person’s birthday falls on the 4th (date), therefore, their Mul Ank will be 4.

Bhagya Ank- To calculate a person’s Bhagya Ank, we are required to add the digit of their Date, month and year of Birth and further convert them into a single digit.

Numerology is a significant erudition, through which one may find out the past, present and future events that occur in their life in economic, social, behavioral, family terms. As each Number has its own specialties, a special number works for each person in flabbergasting ways.

Knowing your lucky phone number is always a sure shot of success. A special number works for each person. This may sound crazy, but there is still an influence of the mobile number on us in different aspects. How? Read on—

Do you have a lucky phone number?

According to cell phone numerology, each an all digit in a specific phone number has a particular impact. In addition, the number and their combination play a similar significance in making a positive or negative influence.

Drifting to another track to make it clear, there are many numbers in the life of every person that is fixed like date of birth, Aadhaar number, PAN number, bank account number, house number, etc. Thus, the impact of these numbers is often too difficult to divert as we are bound to keep them as they are.

Be it personal life or business matters, in all situations, there is a strange game of numbers behind growth and loss. These are very basic and minor activities of numerals, however, they are not so easy to understand.

At the same time, besides Numerology, observation of the horoscope is also necessary, so that a complete analysis of the remaining conditions can be done. After that, it becomes easier to solve.

Find here the Lucky Mobile Number combination for you-

As lucky as it may reflect, 1 number is always a fortune and fame giver. People with number 1 in their mobile number are most likely to receive name and fame. A person who has a cavil of missing on appreciations, opportunities, recognition, and credit of their work and creativity are suggested to must-have number 1 in their phone number.

People often consider number 3 unlucky. However, for designation, prestige, reputation, and education it is a hell of a lucky number. In addition, it offers an immense fortune to people and sectors of consultancy that has any involvement in healing or concept selling.

Researches claim that regardless of the entire amount of working-class section, more than 62% of the total population wish to do their own business. What stops them? The conjunction of planets? Nah! The number they may be using? Maybe.

Number 5 is a contributor to success in terms of business and trades. Thus, give it a try.

The sector of Management plays a significant role in the running of any system or firm. People involved in this sector can take benefit from the combination of 6 and 9 numbers.

When a person’s date of birth or mobile number is numbered 16, then such people have more love relations that eventually drags the person towards the track of heartache & failures. Thus, I would suggest people avoid such phone numbers.

If a person’s mobile number has 12 or 21 digits simultaneously, then such a person is a savior and spends money thoughtfully. Therefore, they know the subtle art of the economy which is one of the grave needs in today’s world.

Though 2 is a positive number. However, when it is more than two times in a phone number, it brings drastic changes to a person like constant disability to take a proper decision. Also, it causes a sense of confusion.

Number six which reflects Venus or Shukra, the sixth planet, also reflects luxury, beauty, pearls, flowers, romance, and pleasure. As a Shloka goes in Sanskrit, “अति सर्वत्र वर्जयेत्” meaning “excess of anything is bad”, therefore, when a person has so many 6 or more than 2 times in their Phone number, they may have to face distinctive negative happenings. To avert such an impact, it would be better to use a cell phone number which has

A few combinations of numbers are the best phone number according to Numerology like 1 & 7 and 6 & 9. On the other hand, combinations such as 5 & 4 impart deleterious impacts. Speaking of such numbers, digit 84 and 48 also disseminate similar effects. An individual with such a phone number combination may experience a low quality of life and incurable diseases over the long term. Talking of the kindred combination dive ahead in the effect of 4 and 5.

We often hear people have complained about the health of their children. As peculiar as it would sound, there are hidden reasons in the phone number. If someone’s mobile number has a combination of 45 or 54 digits, then they may face problems in relation to their children.

This number is the defamed of all. Many people who have a slight belief in numerology, try to stay from Number 13. However, if we see specifically, when a person’s date of birth or mobile number has a digit of 13, then they have to bear more responsibility. Therefore, it is advised to avert this combination of numbers.

It is not exactly an unlucky number. However, as a warning, if the date of birth of a person has digits 14, then they should not leave any work in between. Or difficulties may arise.

If you are troubled by your financial, social, family, etc. problems, even after taking many measures, you are not getting benefits, then change your number once. There is a solution to every problem in India’s ancient science, astrology as well as numerology.

Also, you may like to read the eminence of the Time Machine. Find out Can We Travel Across Time?

Remedies to Please 9 Planets To Get Rid of Problems
Views: 20365