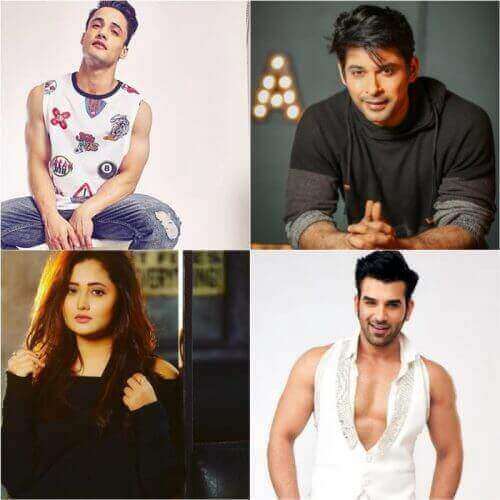 The clock of Bigg Boss 13 is ticking and we’re walking slowly to the final round of the show. However, we know the show has just begun, but, what if we tell you that we already have a hint of the climax of this season.

No, we’re not like Doctor Strange or stuff. We, nevertheless, we could already reveal the final outcome of your favorite show. Well, before that, let’s talk about the show a little so that if any of you have not made it yet to the Bigg Boss 13 on your television screen would get to know the major details like a contestant and their traits.

Talking about season 13, at times we find the contestants raining emotions and fondness for each other and sometimes spilling beans on their bitter-sweet past experiences. Thus, the show has already climbed another level of an example of a roller coaster ride.

To begin with, the details, let’s check out the name of the contestants once.

Bigg Boss is one of the most colorful happenings in the Indian television world. It has a flawless capacity to engage the minds of almost all ages. As a result, the show has an average of millions of audiences. This year the ongoing Bigg Boss season 13 started on 29th September. Further, it has brought a variety of dynamic popular personalities for adorning the Big Boss’s house.

A high energy drama is all set to enthrall the audience with the Ticket to the Finale Task on its way currently. It may be hard to say when there’s such fierce competition present, but here’s what stars have to say about the possible finalists and the ultimate winner-

Out of all the contestants, Siddharth Shukla holds the highest chances for winning the Big Boss Season 13. As a matter of fact, he is being blessed with the most positive planetary energies at the moment. A strong Venus favors his victory, and yet he will have strong opposition from the possible other finalists who appear to be Asim Riaz and Shehnaaz Gill all of which are performing well. However, Siddharth Shukla will win Bigg Boss 13.

Connect now with Dr. Armaan Sharma for the most accurate predictions.

These were the major details about Bigg Boss 13. If you’re a fan of diverse reading then, read Which Diya Perks Your Life?

Consult the best Astrologer of India now and get 100% accurate prediction.

Rajinikanth’s Birth Chart Analysis: Yogs In Kundli That Makes Him A Superstar